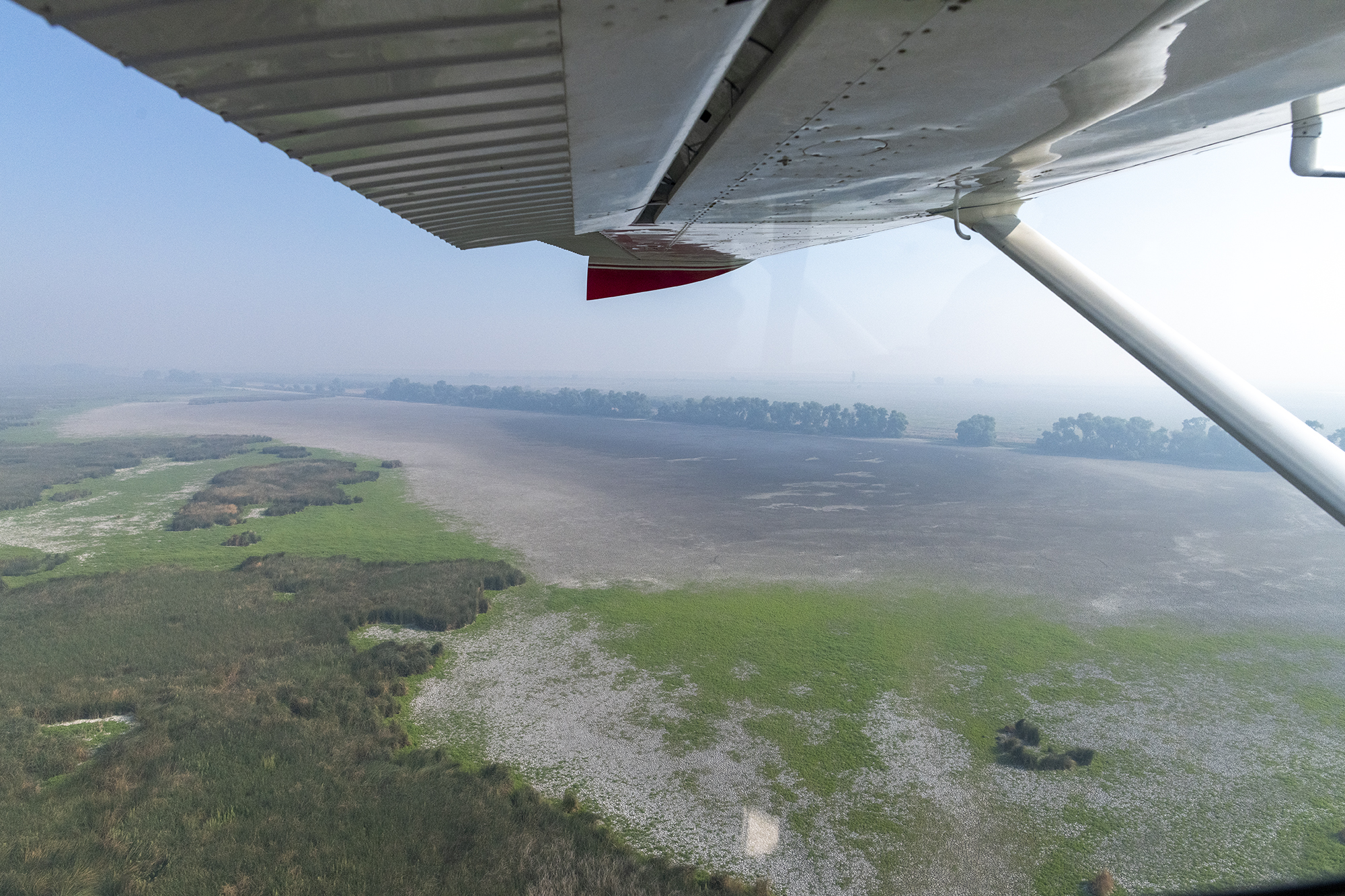 The massive federal infrastructure bill signed into law by the president on Nov. 15 provides a significant opportunity to aid the parched Lower Klamath National Wildlife Refuge: $162 million to be used by the U.S. Fish and Wildlife Service for “Klamath Basin restoration activities.”

California Waterfowl President John Carlson Jr. said CWA and other advocates for the refuge are grateful for the opportunity. “We’re especially thankful to Oregon Sens. Jeff Merkley and Ron Wyden for their efforts to get funding for the Basin into the bill,” Carlson said. “The need is absolutely critical.”

Nothing in the $1 trillion bill dictates precisely what the Klamath Basin funding can be spent on, and competition for the funds is expected to be fierce.

The disappearing water supplies for Lower Klamath are a top concern for CWA and other advocates for migratory birds. But three species of fish in the Basin are endangered, and restoration of their habitat is likely to be a top priority.

“Nothing that’s been tried so far has helped these species recover, and CWA absolutely supports spending a big chunk of this funding on improvements that will make a meaningful difference in their trajectory,” Carlson said. “The coho salmon, Lost River sucker (C’waam) and shortnose sucker (Koptu) deserve a future in the Basin.”

But the Lower Klamath National Wildlife Refuge – the nation’s first national wildlife refuge for waterfowl – has been cut off from most water supplies. The loss of water wreaks havoc on migratory birds that depend on the refuge as a stopover in their journeys north each spring and south each fall. Hundreds of thousands of ducks and geese are being forced to keep flying to the Central Valley this fall without stopping for rest or food at a wetland that has served as a mid-migration home for millennia.

The lack of water actively harms nesting birds when evaporating water exposes nests and broods to predators – an estimated 1,000 duck broods were lost for this reason this summer. It strands molting ducks, which can’t fly for 30 to 60 days while they re-grow wing feathers, exposing them to predators. And in years when botulism occurs, a shortage of water concentrates ducks in small spaces and substantially increases casualties. In 2020, an estimated 60,000 waterfowl and shorebirds died in a severe outbreak.

CWA supports developing a comprehensive agreement to distribute water in the Basin more equitably for fish, fowl, farms and tribes. Unfortunately, such agreements take years, and Lower Klamath’s need is urgent. That’s why CWA has turned its attention to securing high-priority water rights for the refuge.

This year, CWA reached a major milestone when it successfully acquired a water right from a willing seller in Oregon’s Wood River Valley and delivered water to the refuge. The down payment for the right was made using donations from generous CWA supporters, but the organization has been seeking state and federal funding to complete the purchase.

“We will be working with all the stakeholders to secure a share of funding from this infrastructure bill for water for Lower Klamath,” Carlson said. “We value all of our partners in the basin, and all species that have historically relied on water in the Klamath Basin deserve a secure future.”