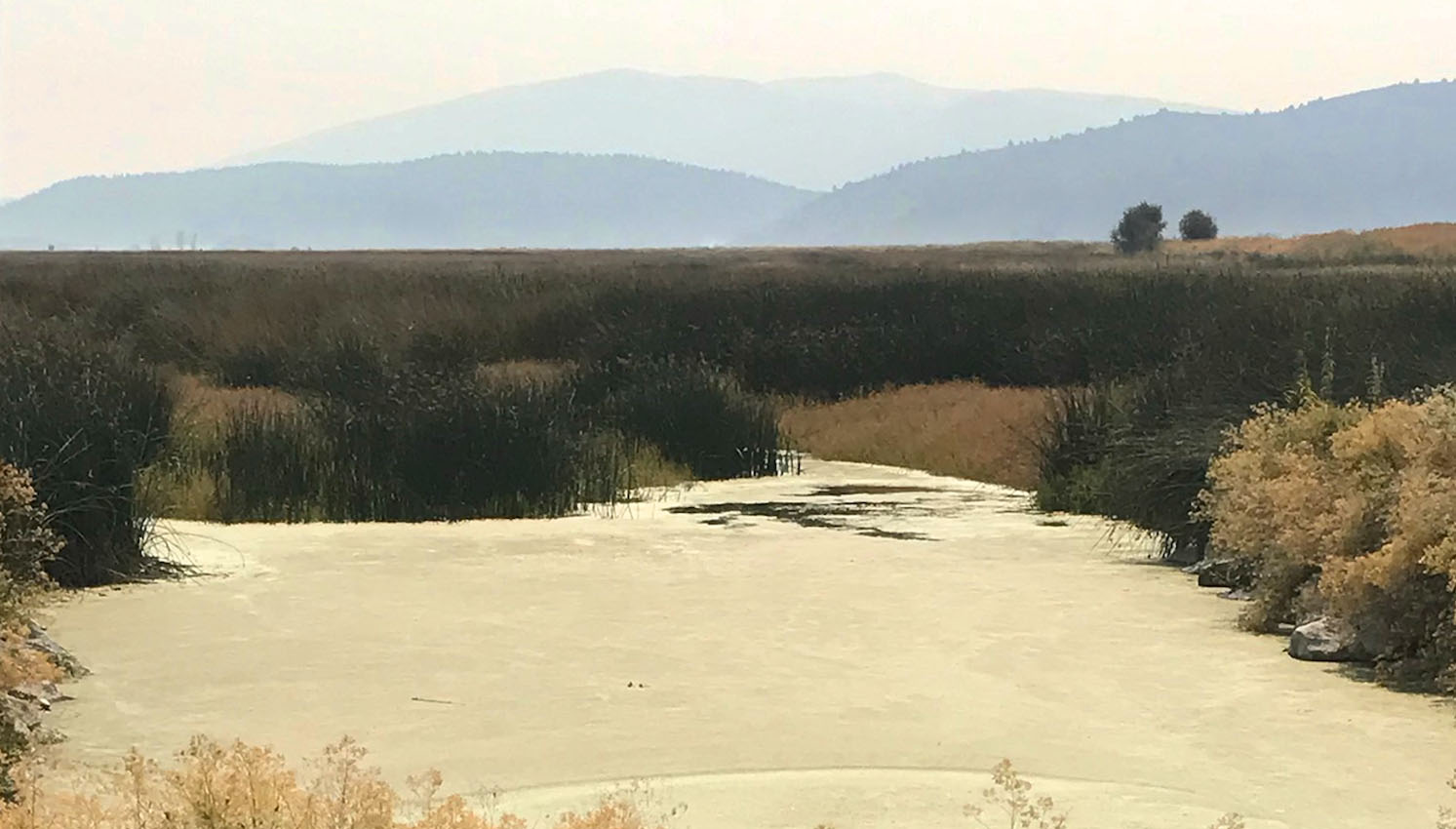 Water is flowing to Lower Klamath!

Water is flowing to the Lower Klamath National Wildlife Refuge today, thanks to California Waterfowl's acquisition of water rights to irrigate the parched refuge, supported by our incredibly generous donors.

"We are grateful to so many people," said CWA President John Carlson Jr. "The rancher who agreed to transfer this water right, our donors who made this possible, the U.S. Fish and Wildlife Service for supporting this effort, the conservation groups that have lent critical support, the Oregon Water Resources Department for approving the transfer and the U.S. Bureau of Reclamation for agreeing to let water pass through its headgates to aid a desperately dry Lower Klamath."

The Bureau of Reclamation opened the headgates of the Ady Canal this afternoon and water began flowing into Unit 2, which has been the last unit to dry up.

The transfer was approved last week by OWRD, which permitted the owners of Agency Ranch in the Wood River Valley to transfer a water right of 3,750 acre-feet per year. 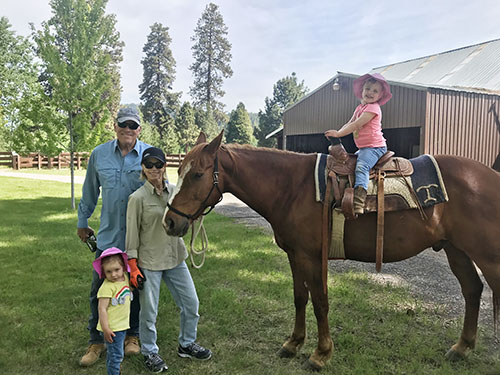 Kurt and Mindy Thomas with granddaughters Lila (on the horse) and Vivian.

"I am extremely gratified to see water going onto Unit 2 of the Lower Klamath National Wildlife Refuge," said Kurt Thomas, whose family owns Agency Ranch. "I grew up hunting Tule Lake and Lower Klamath, and transferring our pasture irrigation water to irrigate wetland plants for the benefit of ducks and shorebirds is an extraordinary legacy for my family."

U.S. Sen. Ron Wyden, D-Oregon, issued a statement about the transfer: "This water year has again devastated everyone living and working in the Basin, and I'll continue to push for relief that helps all parties in the region," he said. "I'm glad to see agricultural and environmental groups teaming up on solutions that send water to the refuge and help prevent the devastating die-off of tens of thousands of waterfowl in the Pacific Flyway. This is a small but significant step to address comprehensive problems facing the Basin, and I'll continue encouraging all parties to work together to better align water availability with water needs."

"While this amount of water is small compared with the refuge's overall need of about 100,000 acre-feet of water per year, this success is enormously significant," said Rob Plath, chairman of CWA's Lower Klamath Refuge Task Force. Other water rights holders are interested in transferring their rights to help the refuge; the success of this transfer shows it can be done.

CWA's purchase was made possible by generous donors who contributed $750,000 for the down payment. "We are incredibly lucky to have supporters who have the means to make such donations, and the concern for a critical resource that's at risk of becoming a desert forever," Carlson said.

But CWA is asking the federal government to pick up the remainder of the purchase cost, which is appropriate given that Lower Klamath is federal property. Supporters of the effort can use CWA's action alert to ask the secretary of the interior to provide funding to maintain wetlands at Lower Klamath. 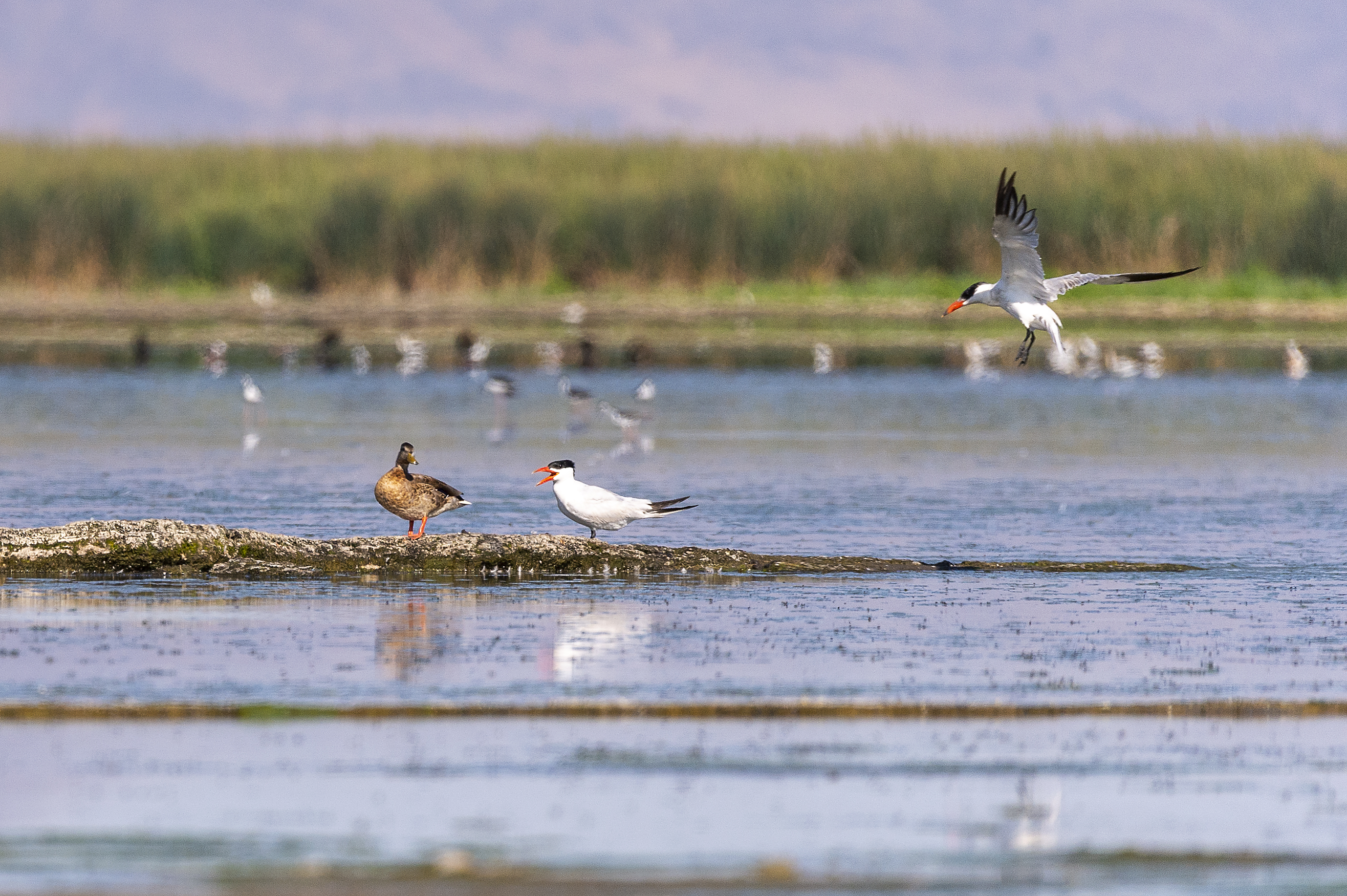 This drake mallard was stuck at a disapearing Sheepy Lake in Unit 2 of the Lower Klamath NWR in early August because he was molting - ducks lose the ability to fly for 30-60 days during the molt. When Lower Klamath has water, it provides critical safe haven for molting ducks.