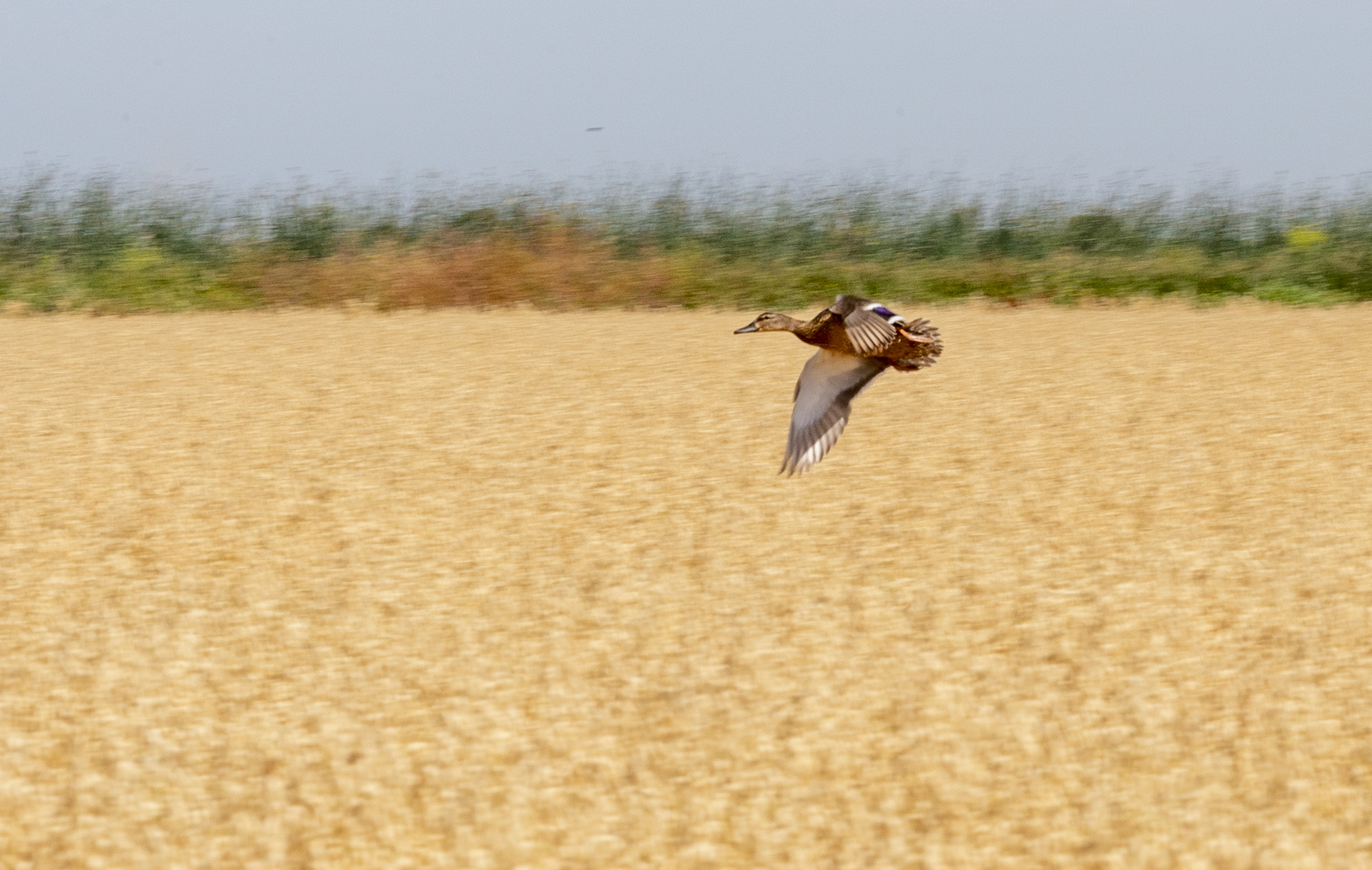 CA hunters step up for wildlife once again 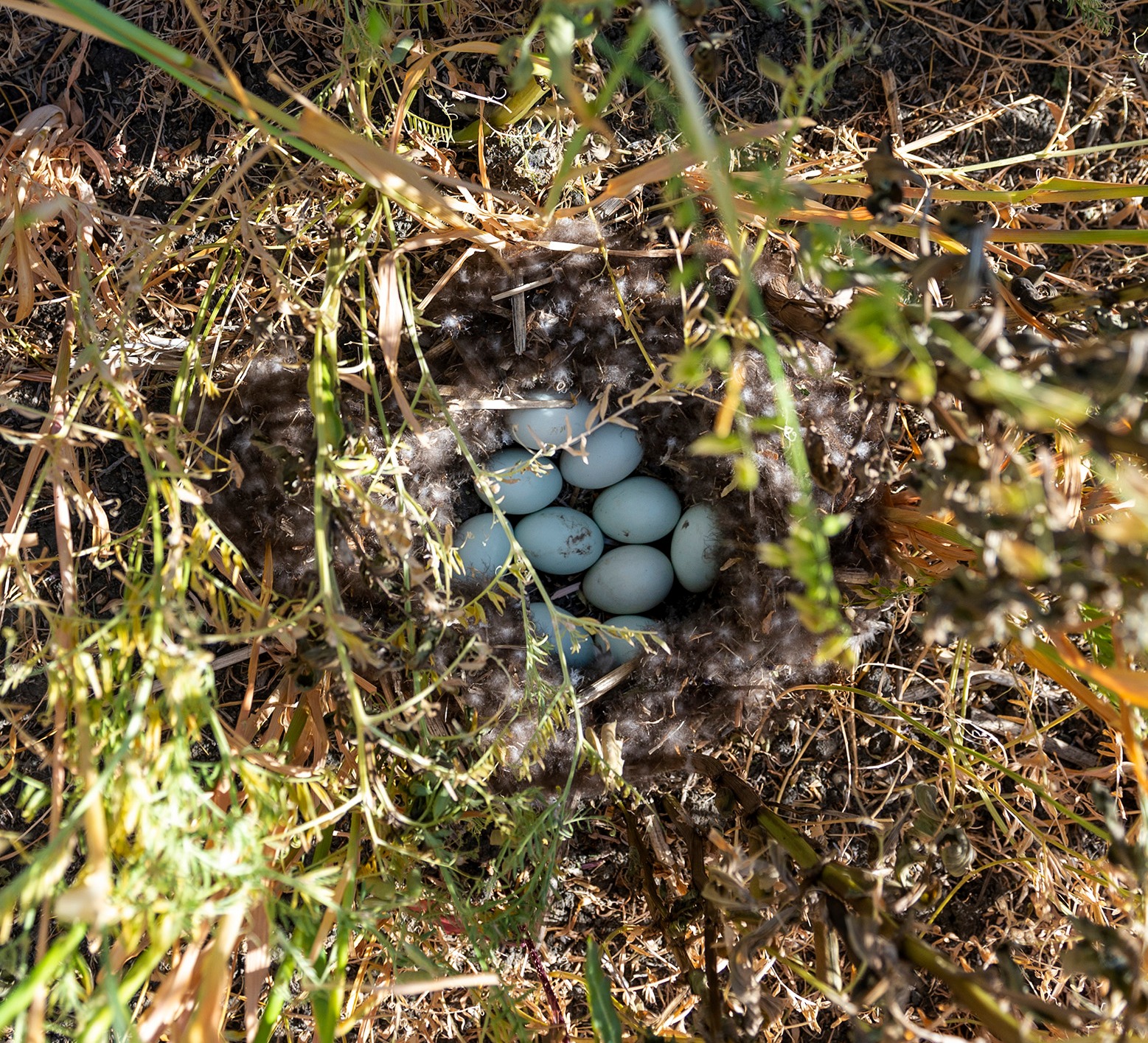 Duck nest in a cover crop field (wild oats and vetch) in the Sacramento Valley in May 2021. Cover crops provide attractive nest habitat for California's mallards, gadwall and cinnamon teal, as well as pheasants.

California hunters will once again step up to help wildlife populations with the signing on Tuesday of AB 614, a CWA-sponsored bill to fund incentives for landowners to provide nesting habitat.

California's mallards and pheasants - whose populations have undergone steep declines - will be the primary beneficiaries of the bill, which adds $10 to the cost of state waterfowl and upland validations. It's a small impact on individual hunters, but with an estimated $2 million a year in revenue, it will provide an unprecedented opportunity for meaningful habitat improvements for birds that breed right here in California.

"I am proud that once again, California hunters are stepping up to lead the way on conservation of habitat that will benefit nesting birds in this great state of ours," said CWA President John Carlson Jr.

The bill's author, Assemblymember Cecilia Aguiar-Curry, D-Winters, said she was thrilled that Gov. Gavin Newsom signed the bill. "Nesting cover is critical to breeding waterfowl and other ground-nesting birds,” Aguiar-Curry said. “This voluntary program will reward our farmers and other landowners for being partners in conservation and wildlife protection by reimbursing some of the cost they bear when they extend habitat protection through the full nesting season. And, this new law will not only protect wildlife, it will help California meet its goals for carbon sequestration, and healthier air and soils.” 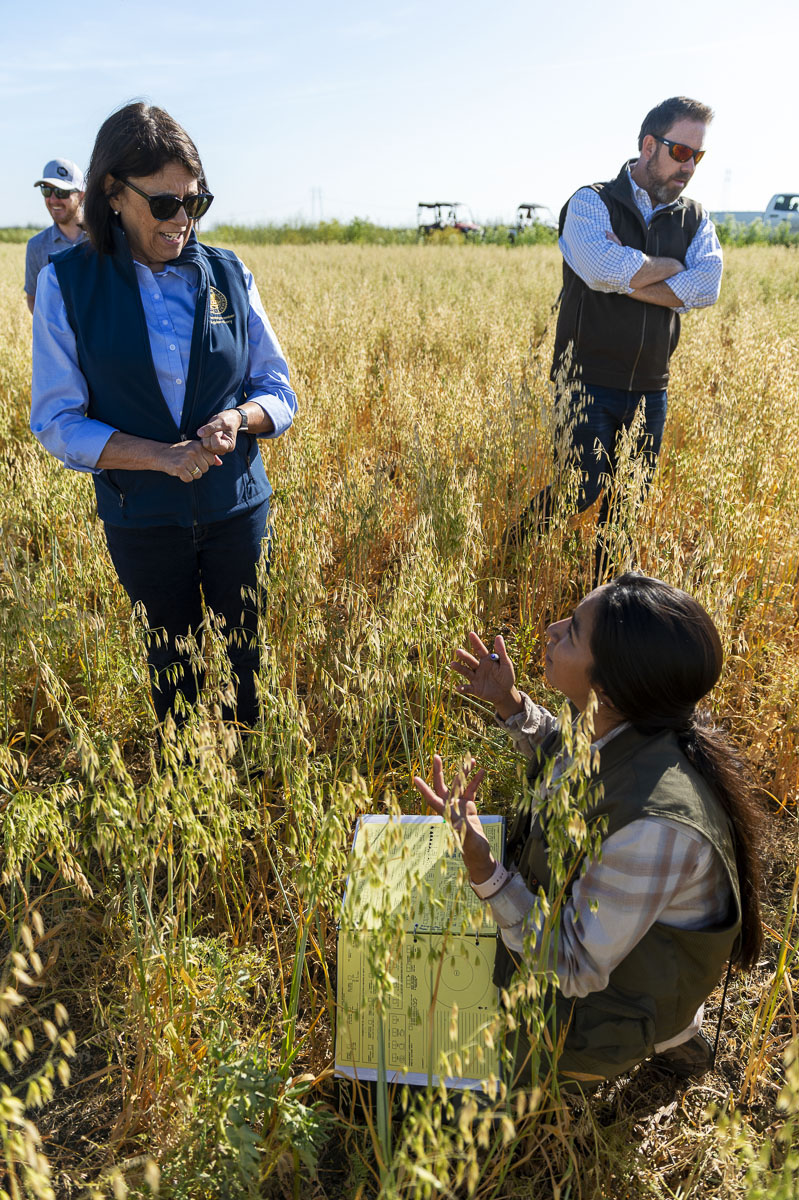 Bill author Assemblymember Cecilia Aguiar-Curry, D-Winters (left), spent time this spring with CWA biologists who have been studying bird usage of cover crop fields.. Click here to read a profile about the Assemblymember.

In a 2019 survey, 74% of CWA members and supporters said they would support an additional $5 fee to boost breeding habitat. CWA sponsored a bill in the 2020 Legislature to do just that - AB 2106, also by Aguiar-Curry - but it didn't pass. Aguiar-Curry tried again this year with AB 614. The Legislature chose to double that proposed fee, and this time the bill passed.

Habitat incentives can be a cost-effective way to help landowners do what's best for wildlife. CWA's innovative Delayed Wheat Harvest Incentive Program attracted applications from farmers who grow 15% of all wheat planted in the Sacramento Valley this year. The program helps offset risks and crop degradation that may occur when farmers wait until early- to mid-July before harvesting wheat crops that are highly likely to hold duck nests. That program has been funded by generous donations two years in a row, but it could receive a boost with the passage of this bill.

“While the new law does place the annual funding requirements on the shoulders of waterfowl and upland gamebird hunters, this user-fee, incentive-based approach to conservation has traditionally been supported by sportsmen and women and has a proven track record across North America,” said Mark Hennelly, vice president for advocacy for California Waterfowl.

“The increased state duck and upland fees under AB 614 are small compared with all of the other costs of hunting," he said, "but collectively they will have a significant, positive impact on some of our most sought-after gamebird species in California.”

"There is a pressing need for the implementation of the Nesting Bird Habitat Incentive Program," the groups wrote in a letter supporting the bill. "Lack of sufficient vegetative cover (especially in agricultural areas like the Sacramento Valley rice growing region) is a significant limiting factor for breeding waterfowl and other grassland-nesting birds, as identified in the 2020 Central Valley Joint Venture Implementation Plan (which both the Department of Fish and Wildlife and Wildlife Conservation Board are signatories to)."

“We are very grateful to Assemblywoman Aguiar-Curry for authoring this much-needed law,” Hennelly said. “The reliable, long-term funding now earmarked for the Nesting Bird Habitat Incentive Program - which is based on the results of previous upland cover pilot programs, the best available science and landowner preferences - will help address the ongoing declines in both our local mallard and pheasant populations.”