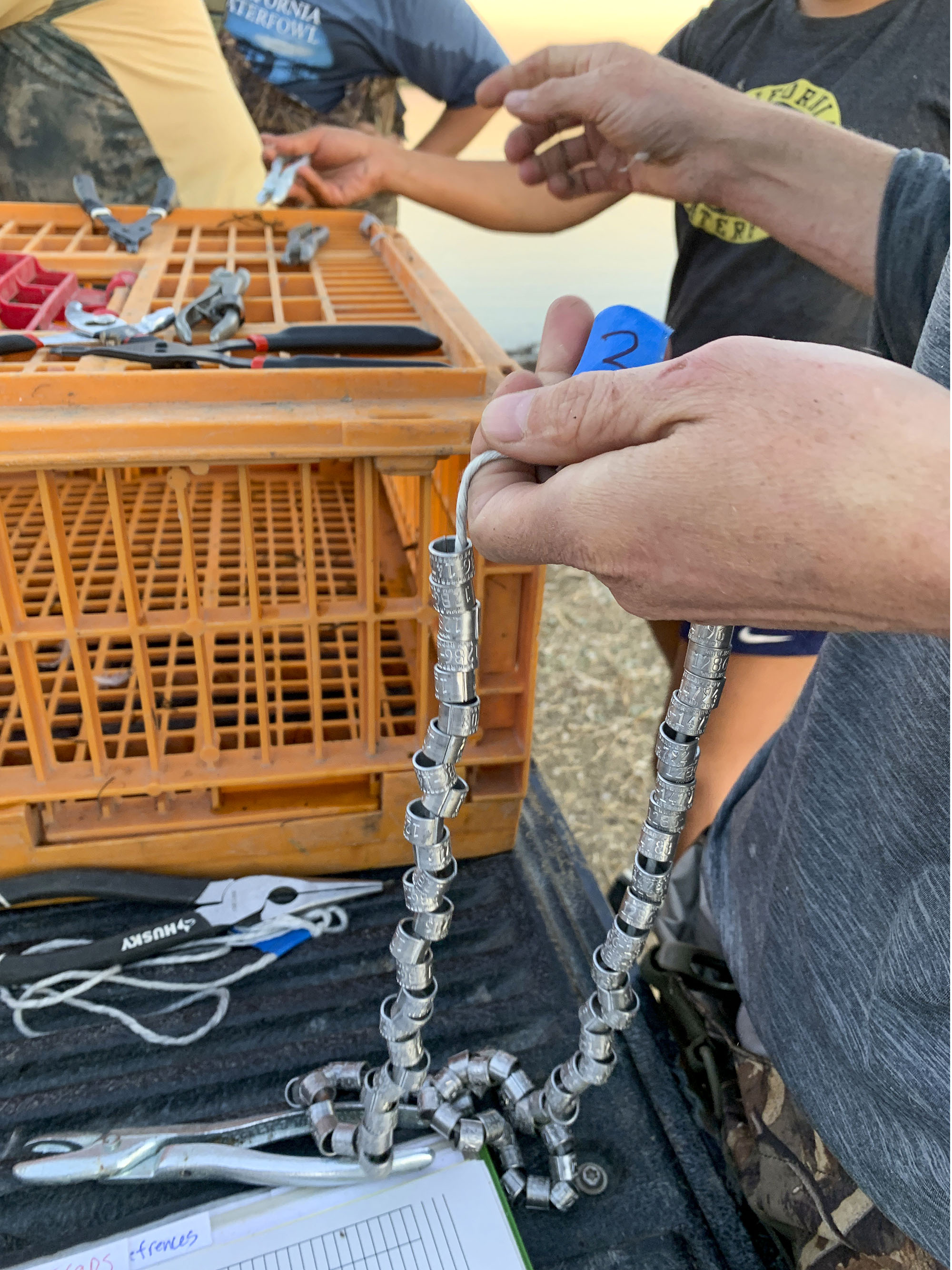 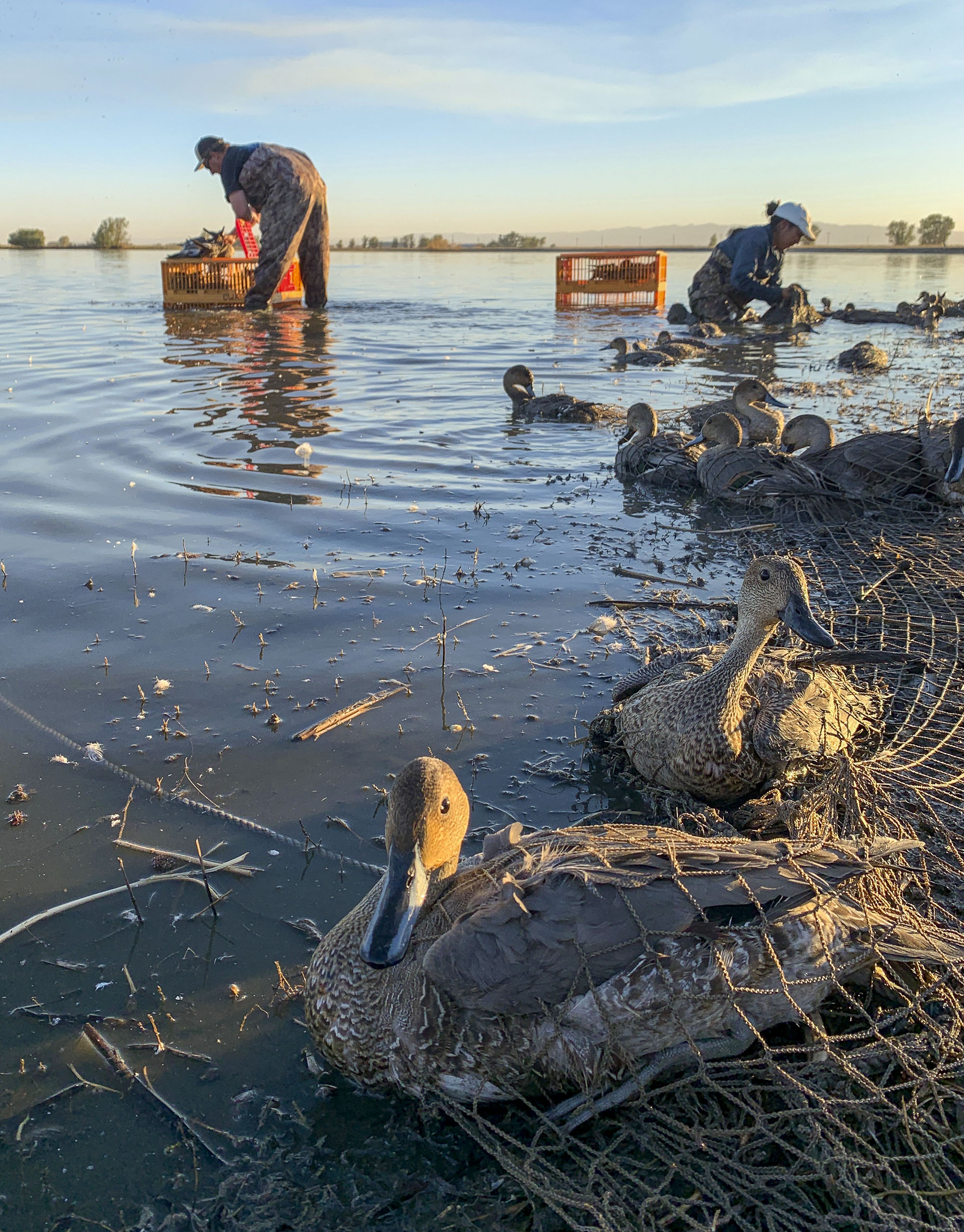 Biologists work in the background to retrieve ducks from the net.

For the past several weeks, California Waterfowl’s waterfowl biologists and technicians have been out in the Sacramento Valley shooting rocket nets to capture ducks for their pre-season pintail banding. Their efforts wrapped up on Monday, and they exceeded their quota of 1,500 birds by more than 75%.

Their pre-season banding totals are:

The biologists even caught and banded a “zebra sprig,” a female pintail with plumage characteristics similar to that of a male.

We joined the banding team last Thursday to check out their work. They waited six hours that day for the perfect moment when enough birds had accumulated where the nets would fly, staying busy by keeping an eye on the birds and cleaning and folding spare nets while they were waiting.

Once rocket nets were fired, the team worked quickly to untangle ducks from the nets and place them into crates. Each bird was then banded and released.

After banding, they stayed out until dark to clean up, put away equipment and cover nets with vegetation to prepare for future rocket netting efforts. 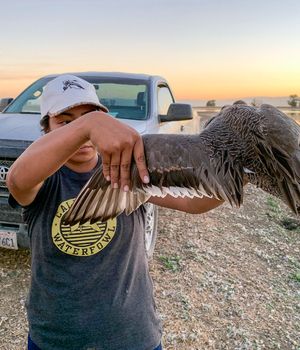 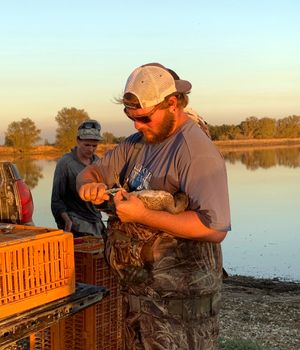 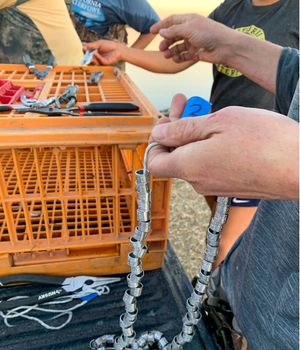 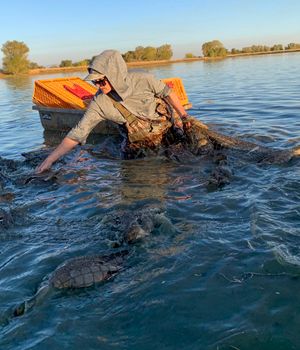