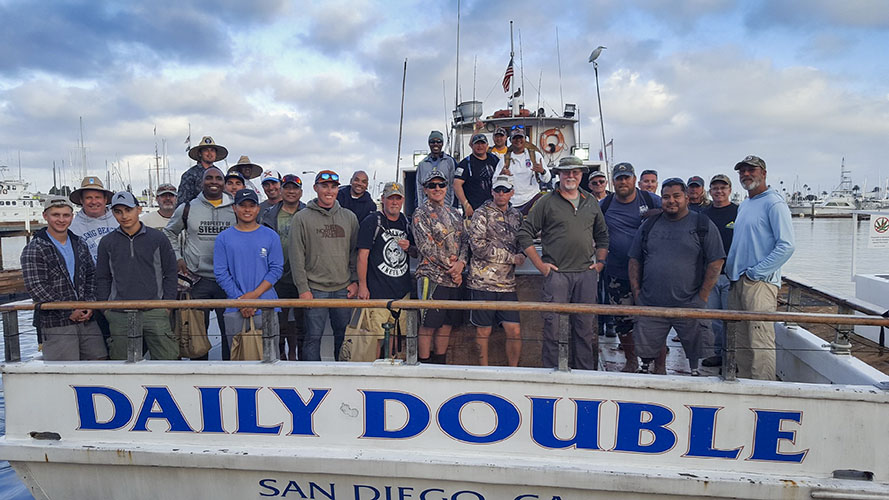 Veterans vs. sea lions! Dispatches from the veteran hunt program 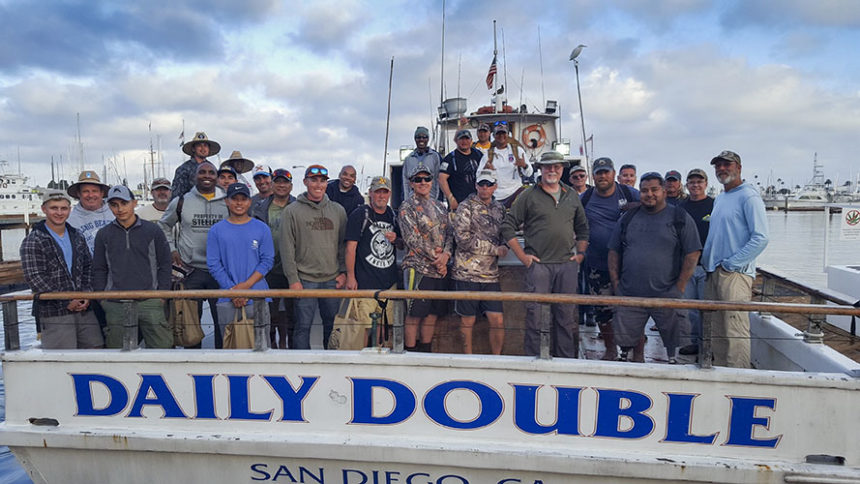 As the first light of day began to creep across San Diego Bay, licenses were checked, gear was stored and even a few Corona stowaways were discovered. Yet the anticipation of a day on the water fishing was the only focus for this platoon of veteran anglers.

Under the experienced watch of Capt. Fred Huber, 35 airmen, sailors, soldiers and Marines boarded the DAILY DOUBLE out of Point Loma, San Diego, on Sunday and set sail for fertile fishing grounds.

Captain Fred, born and raised in Point Loma and running his own boats for over 30 years, knows how to find the fish and it didn’t take him long to do so once the bait went into the water. Soon enough, the sound of “FISH ON” echoed through the early morning breeze as veterans began to hook into the bonito bite and reel the feisty fighters aboard.

The hook-ups started early and continued throughout the whole day as veterans landed bonito after bonito while catching some very nice Calico bass in between.

It wouldn’t be a real veteran fishing trip, however, if there wasn’t a brawl or fight! Fortunately, the brawl wasn’t amongst the anglers; this tussle occurred in the water.

Multiple times, as fish were being played, we were “attacked” by sea lions attempting to steal our hard-earned fish. Even with the anglers reeling as fast as they could, more than once the sea lions stalked the boat, waited in ambush and then struck at the last minute, leaving the angler with a nothing but a fish head on the end of the line.

Navy veteran JoJo Reyes thought he finally had his first bonito; however, the sea lion thought differently. Of course, the Marines on board claimed they would never lose a fight to a seal, and the Air Force anglers flew above the fray, but a great time was had by all and everyone went home with a bag full of fish fillets.

This CWA-sponsored veteran fishing trip was especially rewarding as we welcomed newly minted Marines, retired Vietnam veterans, and many veterans of Iraq and Afghanistan tours aboard. Making new friends, reconnecting with former battle buddies and building memories were the talk of the day, not to mention the excellent chow hall and burgers served aboard the Daily Double.

A big thank-you to Fred and his crew for a professional and well-done trip … and as it has been said before, “We shall return!”

California Waterfowl provides free hunting, fishing and shooting opportunities to hundreds of veterans each year, thanks to the contributions of CWA members and donors, and the generosity of club owners and outfitters who donate high-quality outdoor experiences.

Any veteran who’s interested in participating in Veteran Hunt Program events can review our offerings here, and if you’d like to donate an outdoor opportunity to those who have served our country can contact me at mpeeters@calwaterfowl.org or 808-227-5635.