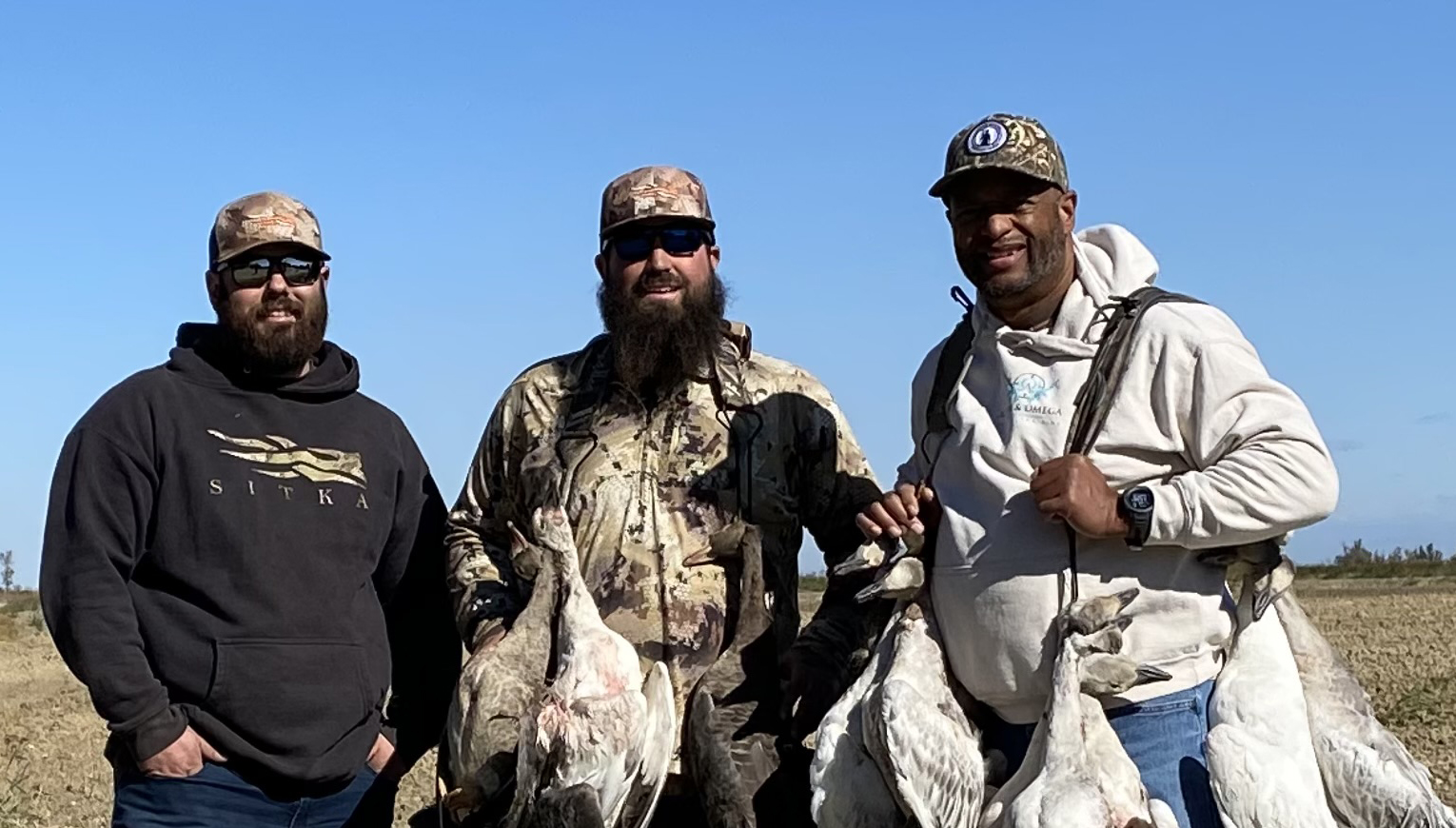 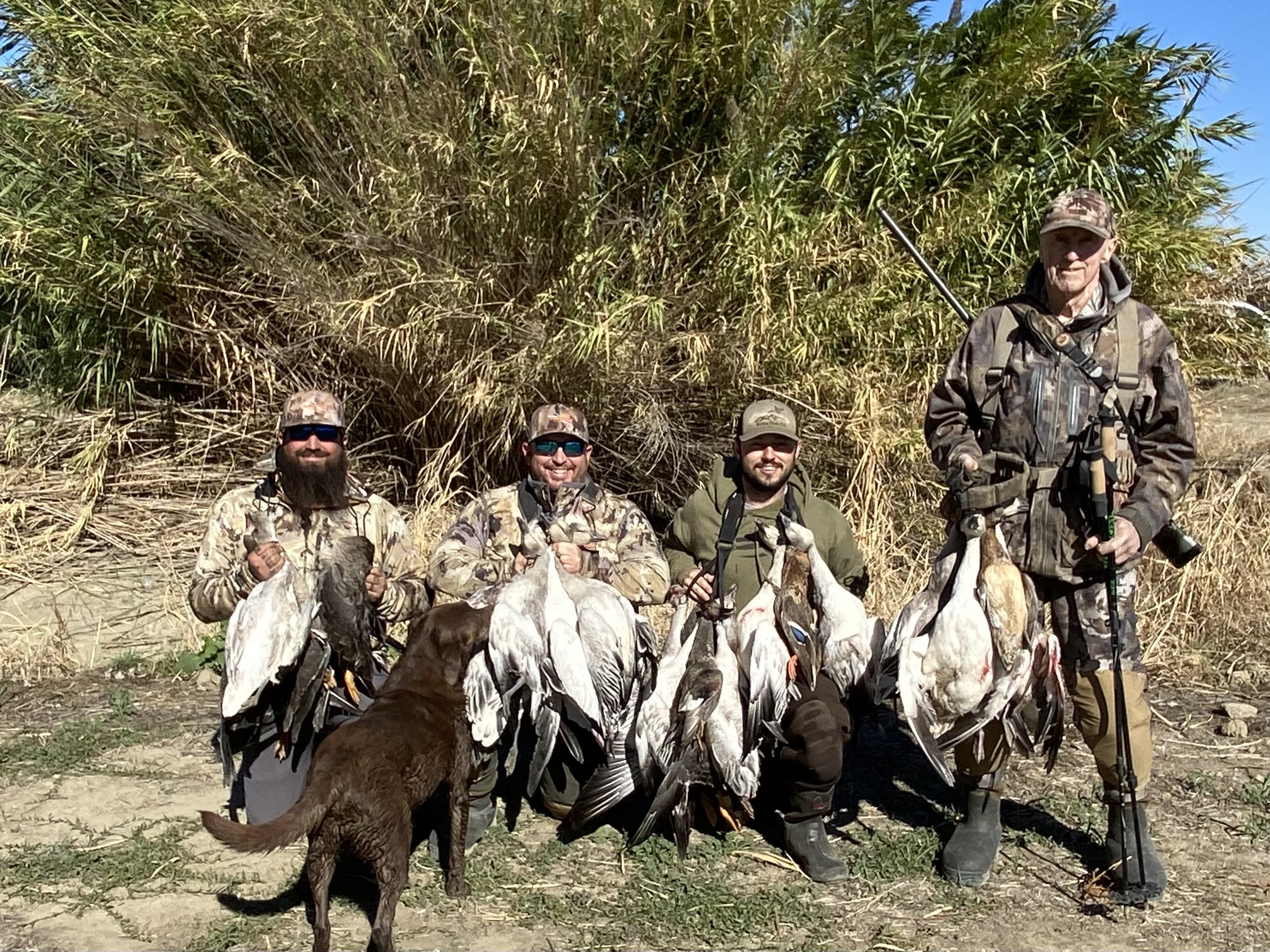 The Farmer’s Almanac showed signs of wear and tear as we fretted over the lack of water on the west side of the Sacramento Valley. Fallow fields dominated the landscape and with the lack of water for rice growing, many of the usual rice fields were vacant, this was not going to be a good start to the waterfowl season. But …waterfowl hunters and the Volunteers of the CWA Veteran Hunt Program are eternal optimists and with less than a week before the season opener, they set to brushing blinds, hauling out decoys and preparing for the season ... water or not! The platoon of ten volunteers, a week before the season, gathered the required gear and headed up to the hunting ground just south of Sacramento near a little duck village known by the locals as Lambertville. There, a property owner and his family who support the veteran hunt program, had been hard at work for the past month trying to cut, bail, and move all of the rice harvested and out of the fields to get it ready for the season.

05:00 hrs. comes early, and seven veterans, along with their guides, headed out to the blinds hoping the ducks and geese would find the limited patch of water now covering their rice fields. As dawn began to break, and of course right before shoot time, hundreds of pintail, widgeon, teal and mallards were landing in the decoys and circling overhead. Once shoot time ticked off the clock, the ducks flipped the script and decided maybe that refuge over there was a better place to spend the day and a couple of last minute lookers filled the Veteran’s game bags. But you take what is provided and before long the first of the building “snow storm” appeared and appeared intent on joining the decoy spread. “Keep your head down” snarled one of the guides, “those things can see you from the Canadian border, let them get in close before we shoot."

Wave after wave of geese made their way north over the blinds and as the storm clouds gathered, we were hoping the snows would began to fall. “Here comes a flock from the south, now let them get over the decoys before you shoot,” whispered their guide. As the sky filled with hundreds of snows intent on landing, the Veterans rose from the blind shooting as the geese began to fall. High fives were exchanged, the sound of laughter, and yes even a little bit of good natured cheering and “great shot” from across the check. This is the draw that brings out the Veterans and the enjoyment of standing elbow to elbow in a blind with another Veteran. Eventually, the sun climbed high in the sky, the battles were over, the “snow storm” settled back into the refuge, and another opening day was in the books for the CWA Veteran Hunt Program. 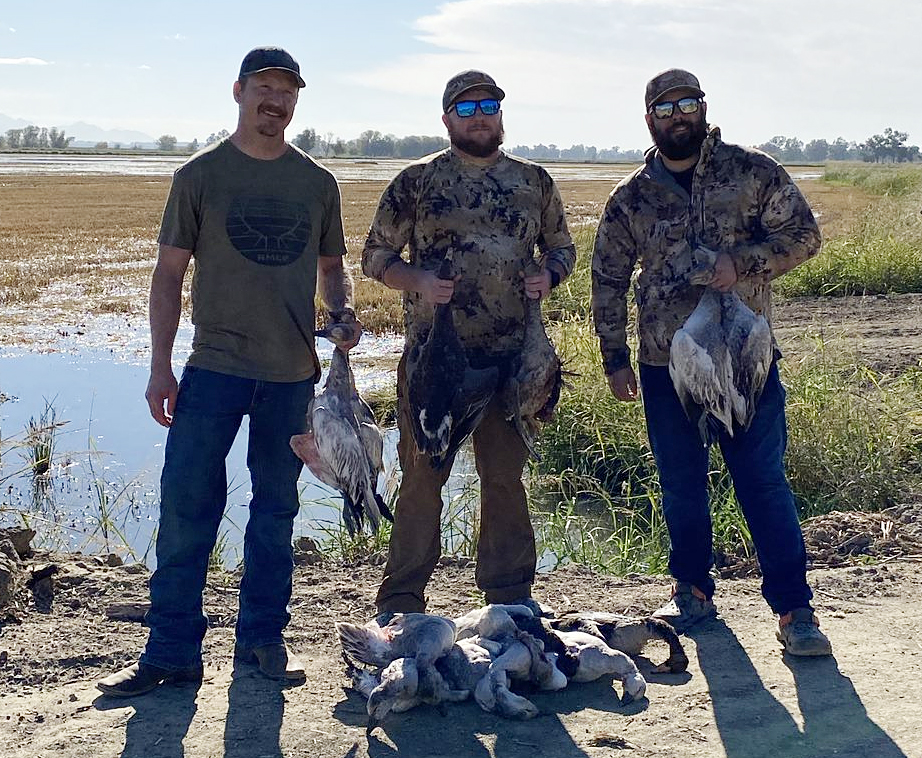 Round Two
Sunday morning the weather had changed, a steady north wind was blowing making ideal conditions for the next seven veterans hunkering in the blinds near Lambertville. The snow storm battles from the day before were re-lived with this group and the anticipation and excitement for the coming “snow storm” was high. Right before shoot time the ducks put on another amazing show but decided on another disappearing act. “Here comes the geese,” whispered one of the veteran guides as a flock of snows appeared over the trees. Wings set, feet down, and determined to get to the rice before their flock mates ... and as the veterans fired, four snows tumbled from the sky. Another flock set its sights on the adjacent blind and Veteran Guide Mike Cullins coaxed them in with a crescendo of calls. As the geese came in feet down at 15 yards, Mike barked his Marine Corp Orders ... ”shoot em”, and another five geese lay in the decoys. Not to be outdone, the ducks showed back up and the 25 mph north wind handed out lessons as a reminder on how challenging shooting can be in the wind. That didn’t last long, these were Veterans after all, and they quickly figured out how to lead and multiple ducks and geese dropped in the decoys.

Finally, with limits of Speckled Geese, three per hunter as the location is in the Conservation Zone, straps of ducks, and more than a handful of Snows, the veterans stowed their gear, headed to the trucks and reminisced on one of the best opening day shoots they had ever experienced. Friends were made, phone numbers were exchanged, and another “platoon” of Veterans enjoyed a waterfowl hunt with CWA’s Veteran Hunt Program. 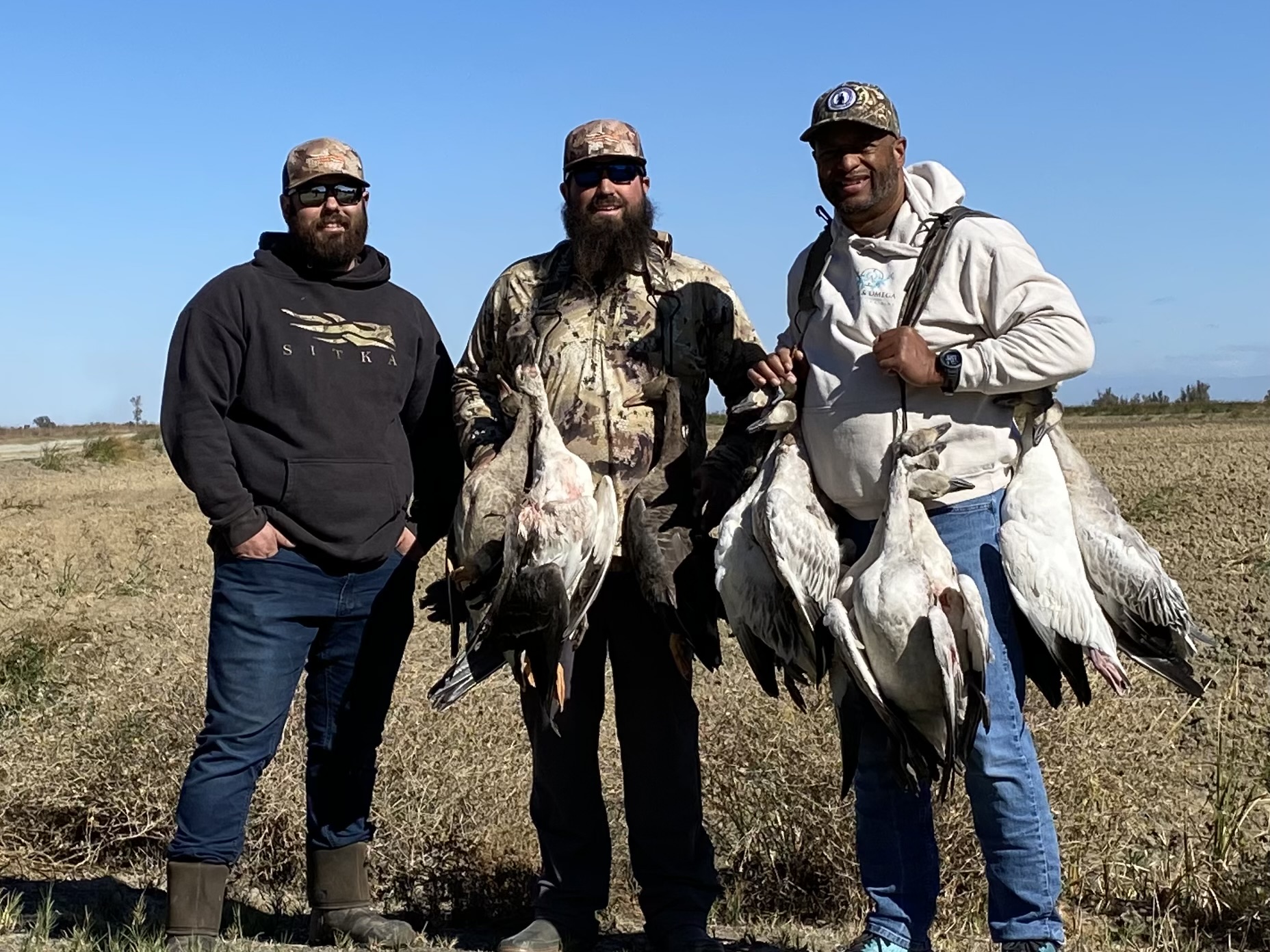 Our Veteran Hunt Program would not be so successful without support from our Corportate Partners!