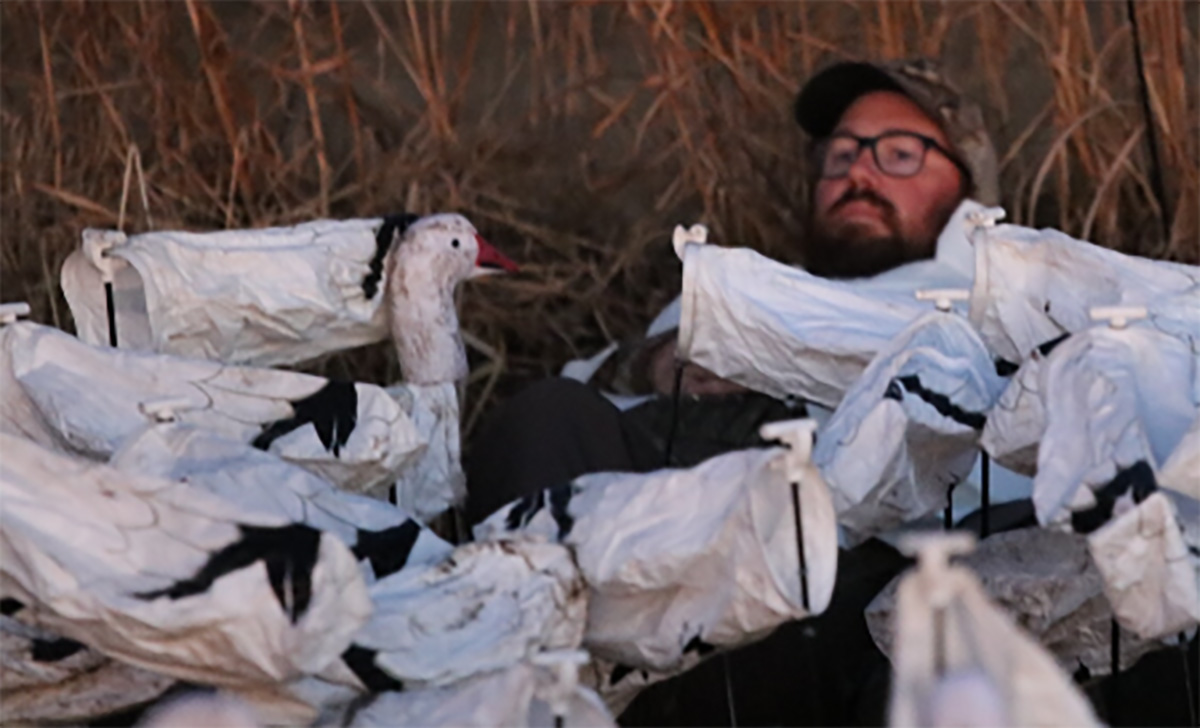 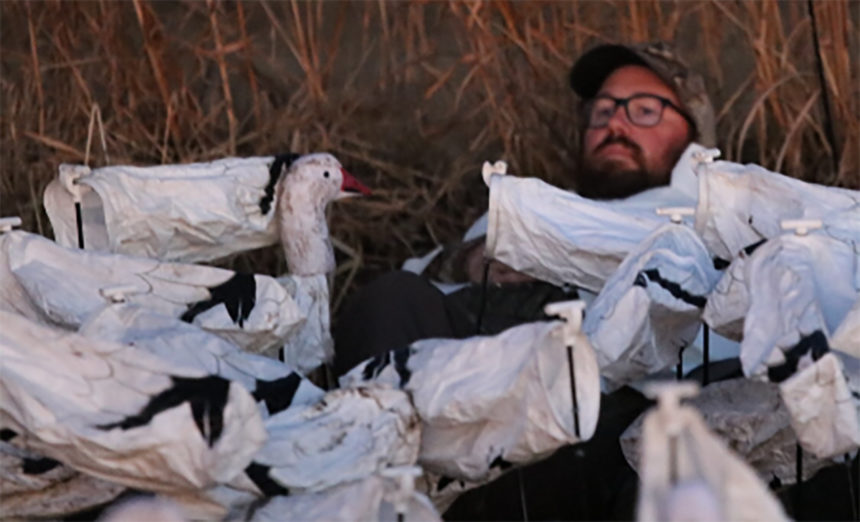 by MIKE PEETERS, VETERAN HUNT PROGRAM COORDINATOR
The flock of geese came in like aircrafts on a bombing run. As they made their first run — wing flaps down and feet extended — there was no doubt they had their eyes on a target right in front of the hunters.

From the middle of thousands of decoys, they rose and fired. Thirty minutes into the Jan. 16 and 17 hunt at Critter’s Place, an informal duck club near the Sacramento National Wildlife Refuge, this group of veterans hunting with CWA’s Veterans Hunt Program, was looking for some limits.

They were fortunate to be chosen for this hunt, the vets said. It was a once-in-a-lifetime opportunity to hunt geese over thousands of decoys. Expert callers brought them in close and gave the shooters excellent opportunities all day. The veterans were extremely thankful to the Veteran Hunt Program and the volunteers from Critter’s Place, who all worked to make this happen.

The hunt really started the previous week. Critter’s Place volunteer guides had scouted locations. The weather report called for 40-mph gusts, which could have made the hunt very interesting. But those winds failed to show up. That meant the guides worked extra hard to come up with a new plan.

They found the geese and had a pretty good idea where to set the ambush. A dry-field setup with white Tyvek suits and lots of decoys would give them the best shot at shy, end-of-the-season geese.

After dinner, they all watched the sun fade over the mountain. But the work was just beginning. At about 8 p.m., they packed into the pickups and drove to the sites to set out a couple of thousand decoys. Setting up was hard work! Would it be worth it?

After four hours of trips back and forth to the decoy trailer, the spread was ready. All went back for some shut-eye, and 4:30 a.m. arrived quickly. The wood stove in the shed gave welcome warmth. They pulled on boots and jackets and had an early breakfast and coffee.

The veterans, volunteer guides, and Ret the yellow Lab arrived at the dark fields. They donned the Tyvek suits, loaded guns and found spots in the decoys. In the air, the chatter of specks and snows was building as the sun rose. The western side of the Sacramento Valley came to life. The callers caught the attention of the first flock of geese. The geese liked what they saw and set their landing gear. They locked up, and the veterans shot. Geese tumbled from the sky as the Federal ammo found its mark. For the next hour, the sky was covered with flocks of geese. It was nonstop action — some hits, some misses, and a lot of good-natured banter. The retriever worked hard all morning and earned his keep.

The action eventually slowed. They had a solid strap of geese lying in the decoys.

This truly was a great hunt. A big “Thank you” to all the veterans who participated, to CWA for their Veteran Hunt Program, and all volunteers from Critter's Place.

The Veteran Hunt Program is open to any veteran currently serving or who has served in the military, naval or air service and was discharged or released under conditions other than dishonorable. A CWA committee reviews applicants and selects veterans best suited for each of the dozens of hunts offered each year. Click here for Veteran Hunt Program or here for information about hunt opportunities for those who are mobility-impaired.