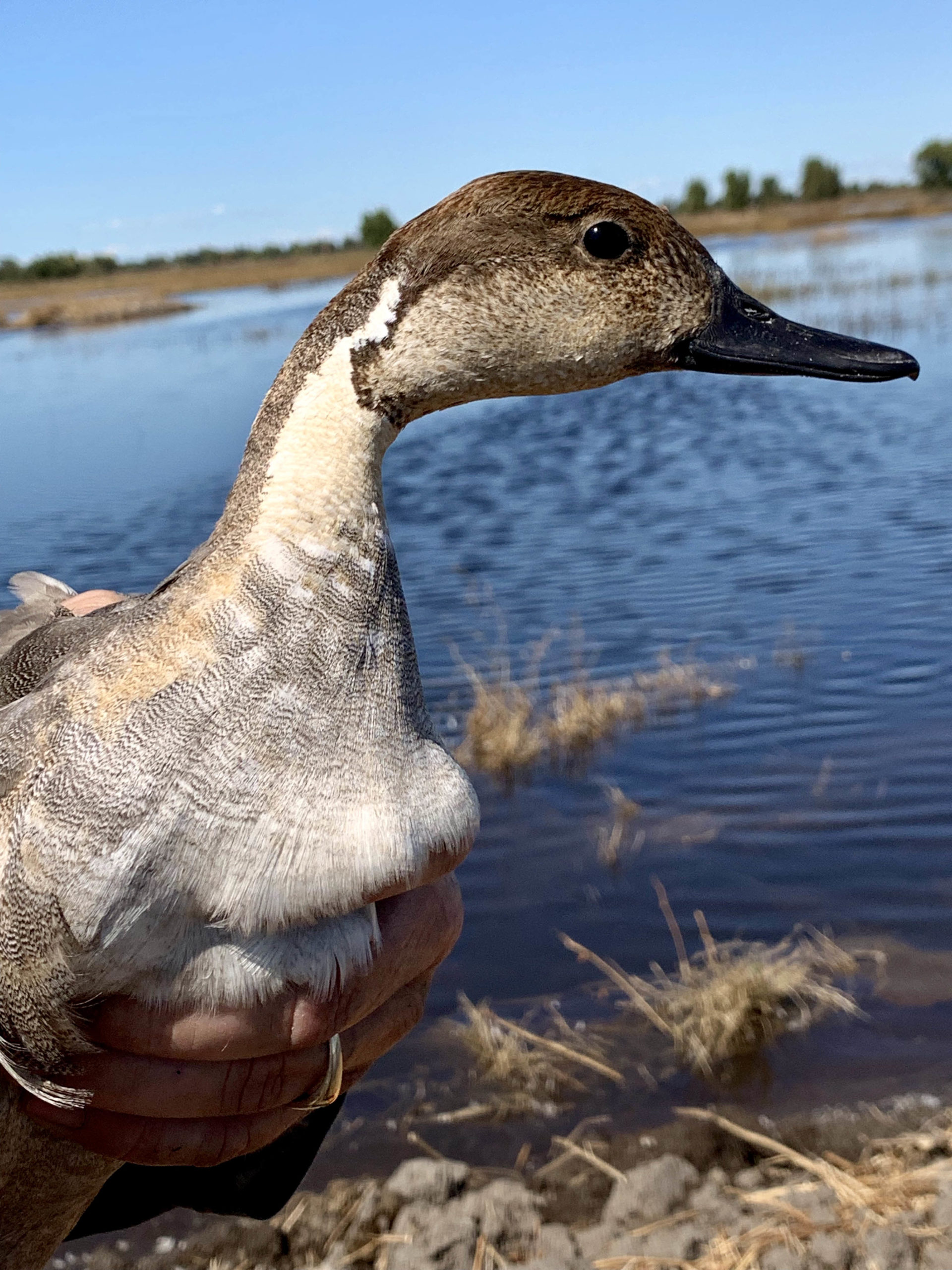 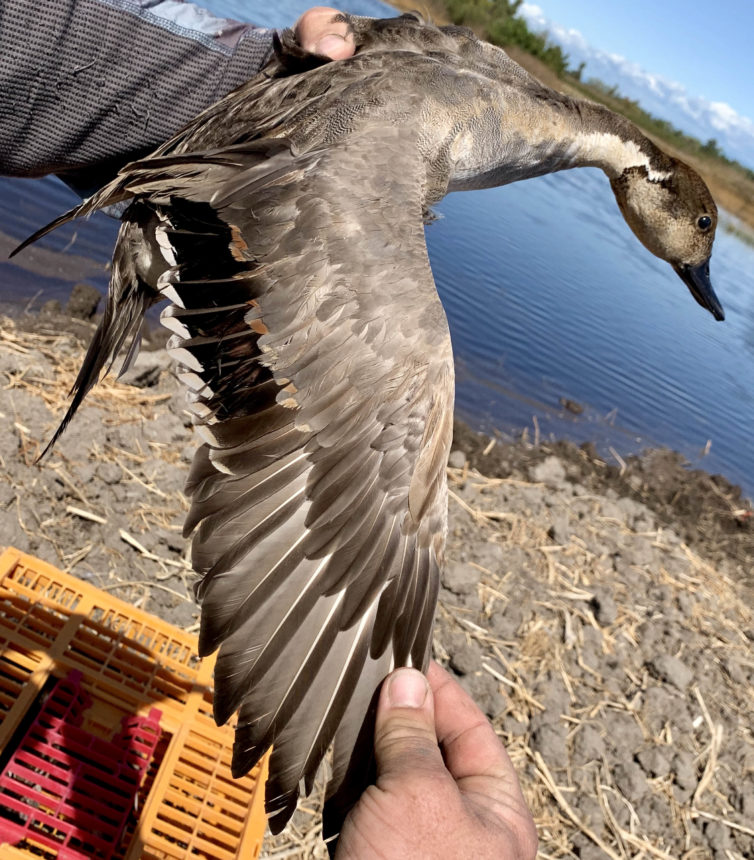 California Waterfowl biologists trap and band thousands of ducks each year. As part of the banding process they record the gender, weight, general age and other identifying characteristics of the birds.

While juveniles and some molting adults can take a little work to determine their sex, most adults close to hunting season are usually easy to identify.

Every so often, though, our biologists encounter an oddball that causes them a double take. Such was the case on September 19.

When sorting through a group of pintails, they pulled out what looked like a bull sprig. It had the characteristic chocolate colored head with the white swoosh. On its other end it had the long tail feathers that gave the species its name.

This bird, however, had an all-black bill and not the blue-sided one that males are known for. The markings on its head, although male like, were not quite right. A quick check of the wing showed some hints of the flashy green that the males like to show off but overall looked more like the typical bronze speculum of a female. So, the biologists flipped the bird over for the official determination.

It was the opposite of the popular Aerosmith song: This lady looked like a dude.

Due to old age or possible health problems, a duck’s main ovary can shut down, leading to a decrease or full halt in estrogen production. Without that key hormone, testosterone will take over and make the duck take on the appearance of a male. In extremely rare cases a female can completely switch to male.

While this old lady was probably destined for a life free of the aggressive attention that breeding females can get, for one day she was the center of attention for our banding crew. After taking down her information, and snapping a few photos for posterity, the crew gave her a shiny band and set her free to enjoy her new life.

After our biologists told the story of this bird, other biologists began relaying in their stories of hens taking on male markings.

One of those was Walt Rhodes, a U.S. Fish and Wildlife flyway biologist, who had seen the transformation multiple times in mallards while banding in Saskatchewan. Rhodes noted that in all the captures he’s seen, the bill remained female in appearance even when all other markings had taken on the male form such as the green head, white neck ring, vermiculation, white bar not extending over the wing tertials, etc.

While the mallards Rhodes has seen displayed the greatest change in markings, he has also seen female canvasbacks with white or grey heads of varying degrees and some redheads that also changed coloration. However, he’s also handled thousands of blue-winged teal over the years but has not seen the transformation in that species.

Female mallard with male characteristics trapped in Saskatchewan in 2008. Courtesy of USFWS

CWA’s waterfowl biologists have worked with the California Dept. of Fish and Wildlife since 2006 on the banding of northern pintail. Those efforts are funded by CWA and sales of duck stamps. The preseason banding in the Sacramento Valley, which runs from September 2 through October 5 this year, takes our full staff of three permanent biologists and at least two additional technicians to pull off. CWA hopes to band at least 500 pintail and assist CDFW with another 1,000 each year. As of Oct. 2, 499 preseason pintails have been banded. Just one more to go!