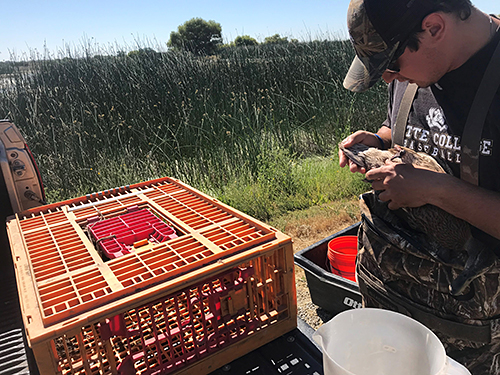 CWA’s Grasslands banding crew trapped and banded 395 birds using bait traps on state, federal and private lands this summer. We partnered with agencies and landowners to take advantage of the habitat and water allocations that were available in the area for the second year in a row.

Waterfowl biologist Jason Coslovich and seasonal technician Mike Gagliasso were excited to have 40 volunteers help out over a six-week period. Their help totaled 215 hours!

In the Grasslands, they banded:

The team wrapped up in the Grasslands in late July and headed up to Northeastern California to continue banding mallards. 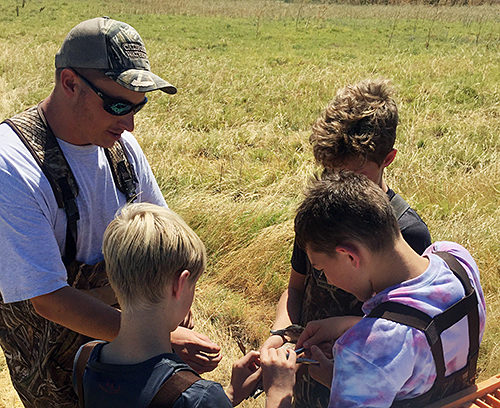 We had a record number of volunteers help our banding efforts this summer. Thank you to everyone who participated!

The Sacramento Valley banding crew, which hosted six volunteers, was successful as well, banding the following:

“We had a hard time keeping wood ducks out of our traps this summer,” said Brian Huber, waterfowl biologist for California waterfowl. “There was a lot of hatch year birds and not many molting mallards in the Sacramento valley this year. They likely headed north with a better permanent water supply for the summer.”

Our crew also banded 283 mallards, 2 canvasbacks and 1 redhead at the Tule Lake National Wildlife Refuge. Our banding crews have now moved on to pre-season pintail trapping. 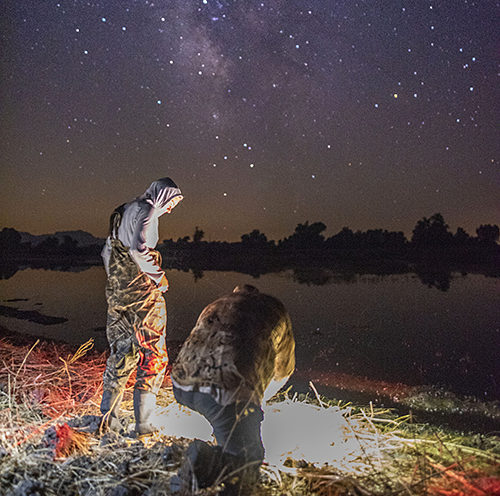 The banding sites have been scouted, the traps have been set, now all we need is pintail!