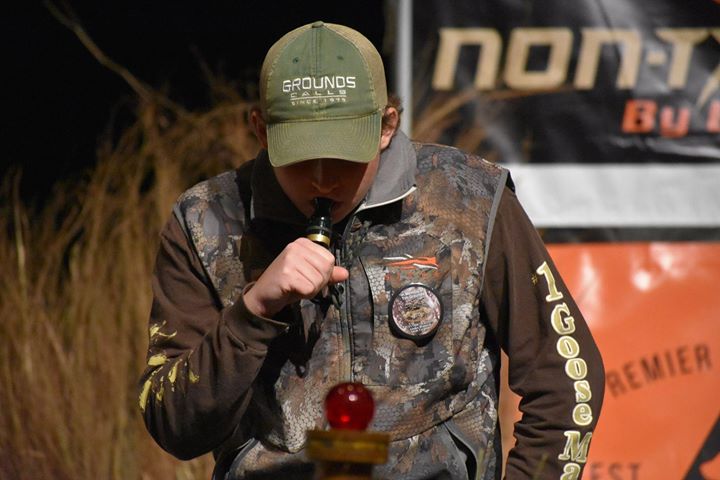 For most of his life, 15-year-old Bronson Lasley has only hunted with a small group of family and friends. After what he did last month, though, that’s about to change. A lot.

On Nov. 10, the Penngrove native was in Easton, Md., working the stage to bring home the Junior World Championship Live Duck title and a second-place finish in the Junior World Goose at the World Waterfowl Calling Championships. Not even a day later, Lasley’s inbox was filling up with invites from hunters who wanted his calling expertise in the blinds with them.

“On my way back, not even home yet, I was already getting messages from various groups of people saying that they wanted me to come out on good duck and goose hunts,” Lasley recalled. “It’s pretty funny because I’ve never been asked to go hunting with other people outside of my own hunting group. I’ve heard of great callers before getting those opportunities, but then once it happened to me it was pretty unreal.”

Lasley has been working the calls for fun since he was five years old. His interest in competitive calling came when he was around 10 years old, after the family stopped by the California State Duck Calling Championships in Colusa across from Kittles Outdoor & Sport Co. In 2015, when he saw an ad for that contest, Lasley decided it was time to give it a try and the fire was lit. 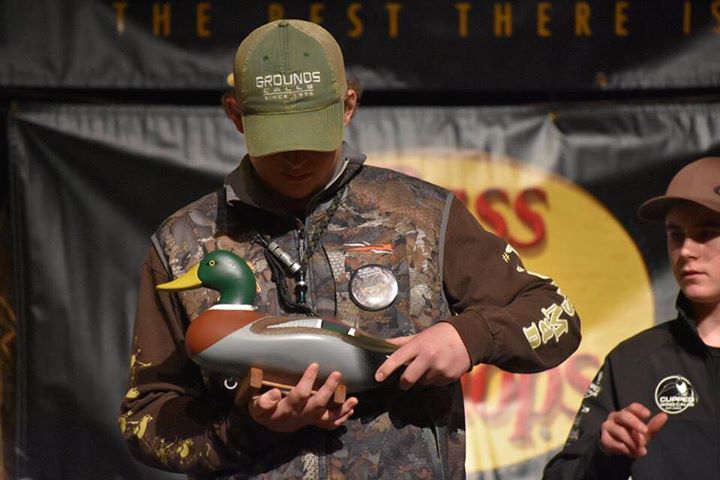 That fire had been smoldering since the summer before when Lasley attended a California Waterfowl summer youth camp and picked up his hunting license. He enjoyed it so much he quickly transitioned to working at the camps as well.

“I try to help with everything I can,” he said. “Of course, I try to get into the calling with the kids as much as possible because that’s what I enjoy the most.”

As much as he takes pride passing on what he knows to others, Lasley is also quick to praise those who’ve helped him become the caller he is. After acknowledging his biggest help, parents Chris and Annie, he also credited fellow Californian callers Colby Stillwell (the California speck calling champion), Nathan Kreshon and Daniel Ault along with Stump from RM Custom Calls and Arkansas’ famous caller Jim Ronquest. Lasley and Ault also teamed up to take fourth in the Team Live Duck competition in Easton.

“They’ve spent many hours listening to routines, calling on the phone and just meeting up at calling contests,” he said. “I’ve learned a lot of good social skills and how to talk to people (from calling) and met a lot of good people, too.”

While a lot of focus has turned to competitive calling, Lasley also appreciates the differences between calling at performances and on hunts.
In the “live calling” category of contests, the calling is meant to sound more like actual duck calling than traditional duck calling contests, in which highly ritualized routines don’t sound anything like what you’d do in a duck blind. But contest calling is still different from the blind routine.

“When I’m on stage it’s a very, very polished routine that I practice all year round with sound that’s a lot louder than what you’d use while hunting,” he said. “It’s a completely different game when you’re hunting. You have to take into consideration the weather conditions, what the birds are doing – whether they’re loafing or feeding – if you need to be louder or quieter, look at your surroundings to see how it’s going to echo your call or if it will echo through the blind set up and where your decoys are set up.”
With attention to detail like that, it’s a good bet that Lasley’s going to be getting a lot more hunting invites over the last half of the season, and he’s ready for it. 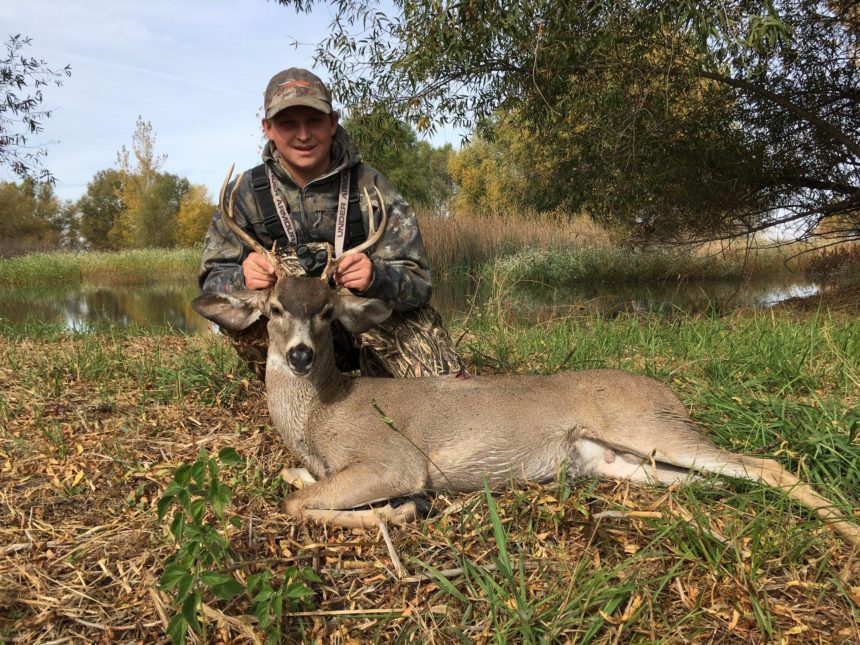 Bronson Lasley harvested his first deer this year at Bird Haven Ranch on a hunt he won through CWA's Hunt Program.