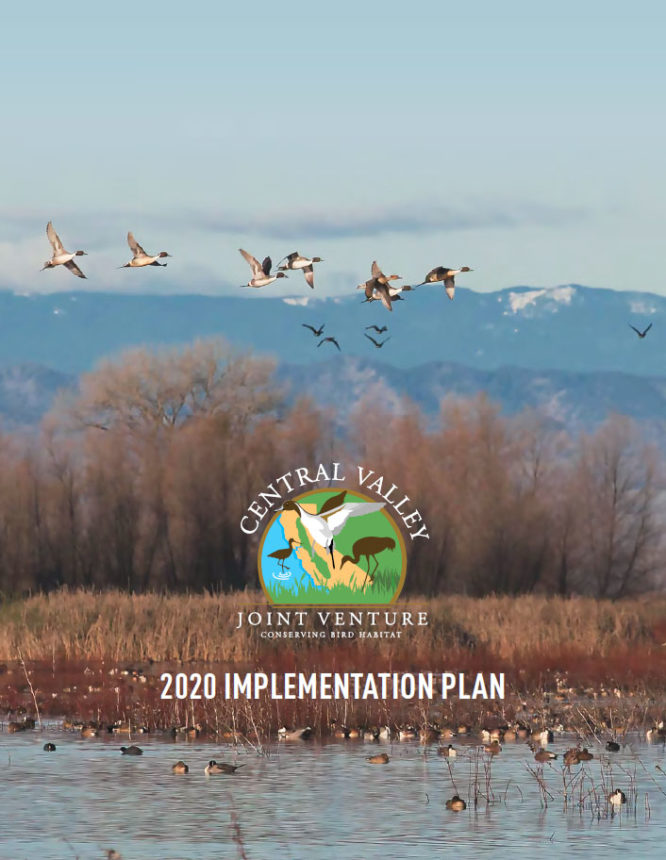 The Central Valley Joint Venture has released a new Implementation Plan for migratory bird habitat that focuses substantially on local breeding habitat for mallards and other ducks. The plan calls for nearly doubling brood-supporting wetland acreage in the Central Valley, and it calls for substantially increasing nesting habitat in the Sacramento Valley to reverse especially sharp habitat declines in that region.

While the CVJV doesn't perform the kind of habitat transformation that the plan calls for, the document is important because it provides habitat and population objectives, guidance and goals backed by data, which can be used to secure support and funding for achieving the goals. It could prove helpful in efforts to pass a CWA-sponsored bill this year to fund incentives for providing nesting habitat.

The report also highlights other issues of concern to waterfowl hunters and conservationists:

-Threats to wintering waterfowl in California include the potential for rice fields' value to waterfowl to decline as much as 25% in the next 10 years. The causes: anticipated water shortages and changes in post-harvest practices that decrease the amount of waste rice available to waterfowl. The Plan calls for replacing that lost value in the Sacramento Valley by creating additional 27,500 acres of wetlands.

-The report devotes considerable attention to the value of hunters as dedicated supporters and funders of wetland conservation. A section on "Human Dimensions of Bird Conservation in the Central Valley" lists hunters first, and farmers – key allies in CWA's programs – second. But it also discusses roles for non-hunting recreationists, urban residents, "ecosystem services," environmental justice and multi-benefit uses of habitat.

California Waterfowl is one of 19 public and private organizations that comprise the CVJV, a public/private partnership that helps implement the North American Waterfowl Management Plan. California Waterfowl staff – most notably Waterfowl Programs Supervisor Caroline Brady, Vice President for Legislative Affairs and Public Policy Mark Hennelly and Director of Water Law and Policy Jeff Volberg – contributed to the plan. In addition, CWA Chief Operating Officer Jake Messerli chairs the board of the CVJV.