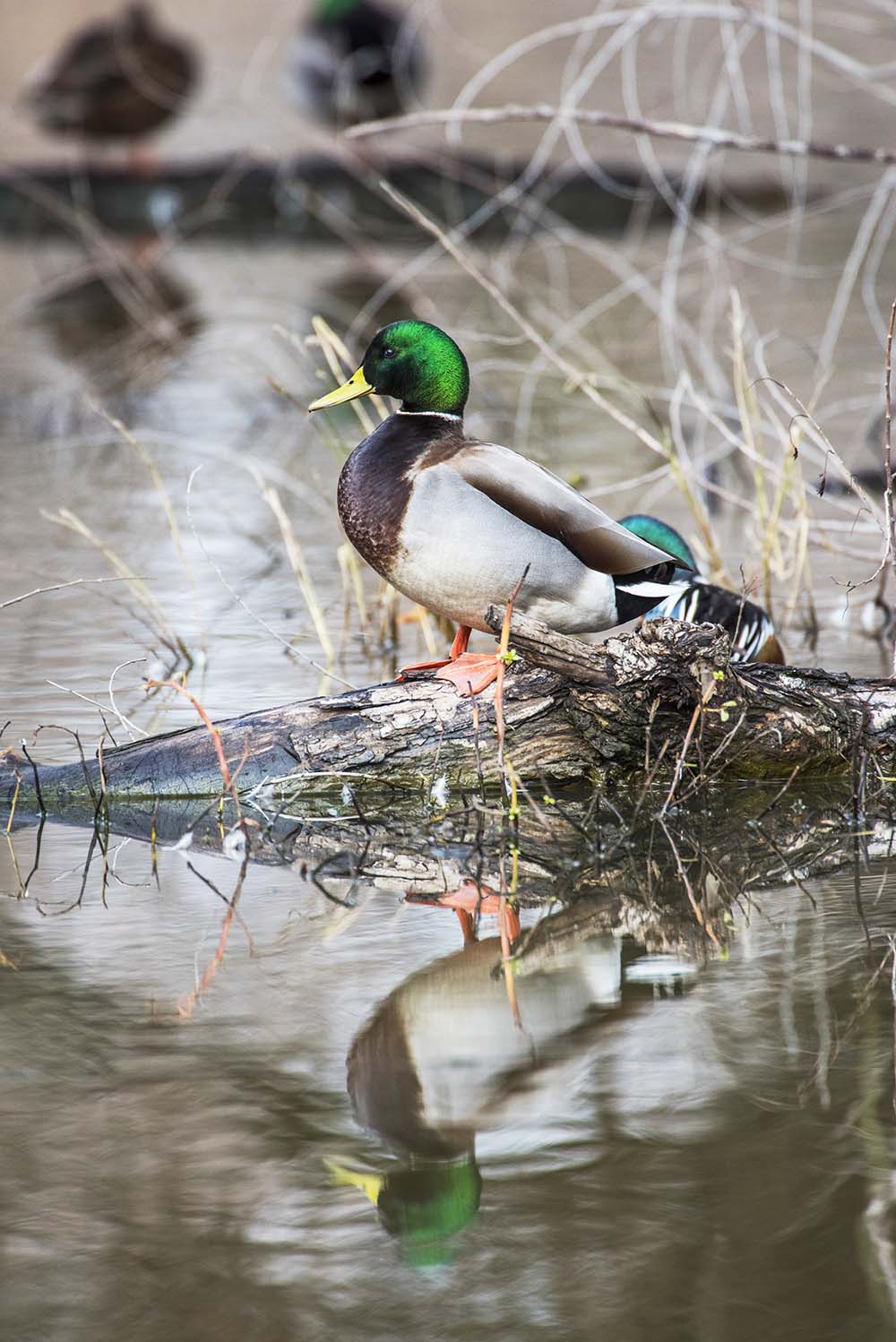 Advocacy: Putting our money where our mouth is: paying for increased mallard, pheasant production 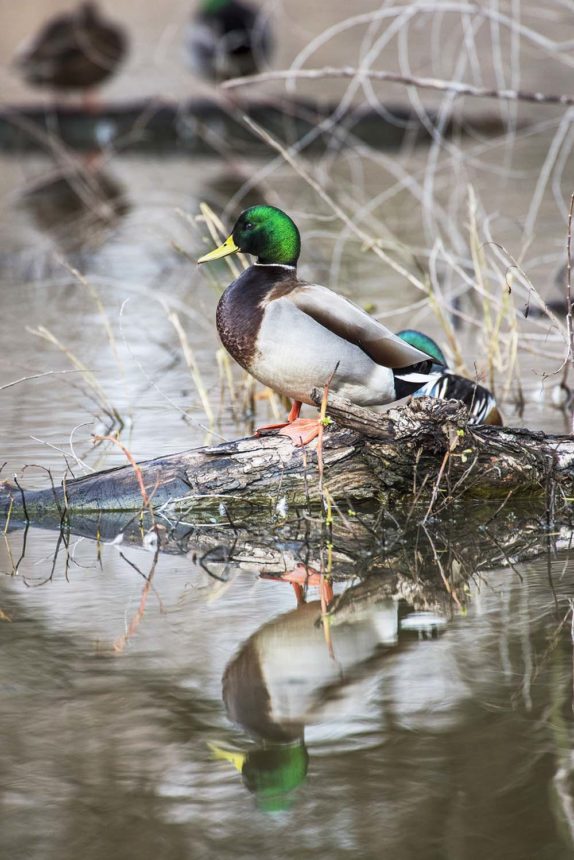 California’s mallard population is hurting, our pheasant population has tanked and lack of habitat is a huge part of the problem for both. So last year, we asked California Waterfowl members and supporters whether they’d be willing to pay an extra $5 for their waterfowl and upland hunting validations to support breeding habitat for these species.

We shouldn’t have been surprised at the results. For the past century, hunters have been at the forefront of paying for habitat that supports wildlife, and consistent with that tradition, a whopping 74% said yes, they’d be willing to chip in to help solve this problem.

So now CWA is working on a bill to do that: add a $5 surcharge on both state duck and upland gamebird validations to fund an incentive program designed to increase waterfowl and pheasant nesting habitat on farms, private duck clubs and public land.

Our proposal would generate over $1 million per year solely for the purposes of the Nesting Bird Habitat Incentive Program, which was created in 2018, but not funded. It would NOT require the purchase of a new or separate hunting validation, but rather add a few more dollars – less than the cost of a box of shells – to the once-a-year purchase of the existing gamebird stamps.

In 2018, Gov. Jerry Brown signed AB 2697 by Assembly Member James Gallagher, R-Yuba City – a CWA-sponsored bill that created the Nesting Bird Habitat Incentive Program for farmers who wish to fallow a portion of their land, and other landowners who have the potential to add to the state’s nesting habitat.

The incentive program was designed to be funded by a state water bond (Proposition 3), but that measure narrowly failed on the statewide ballot, so a new source of funding is needed to start the program. Gamebird validation fees would not be the only source of funds for the incentive program; the law also allows state or federal grants, bond monies and private donations to implement the program, and we will seek that additional funding as well.

Revenue from the $5 surcharges would be deposited in a separate subaccount and could be used only for the Nesting Bird Habitat Incentive Program.

The Department of Fish and Wildlife’s California Waterfowl Habitat Program (a.k.a. Presley Program) will administer the incentive program when it is funded. The Presley Program already works with private landowners, many of whom provide water where hens can rear their ducklings.

While some hunters won’t want to pay more in fees, this proposal would help increase mallard and pheasant production, which benefits wildlife and ultimately benefits hunters. The lack of suitable nesting cover in many agricultural areas has been identified as a problem in the Central Valley Joint Venture Implementation Plan. 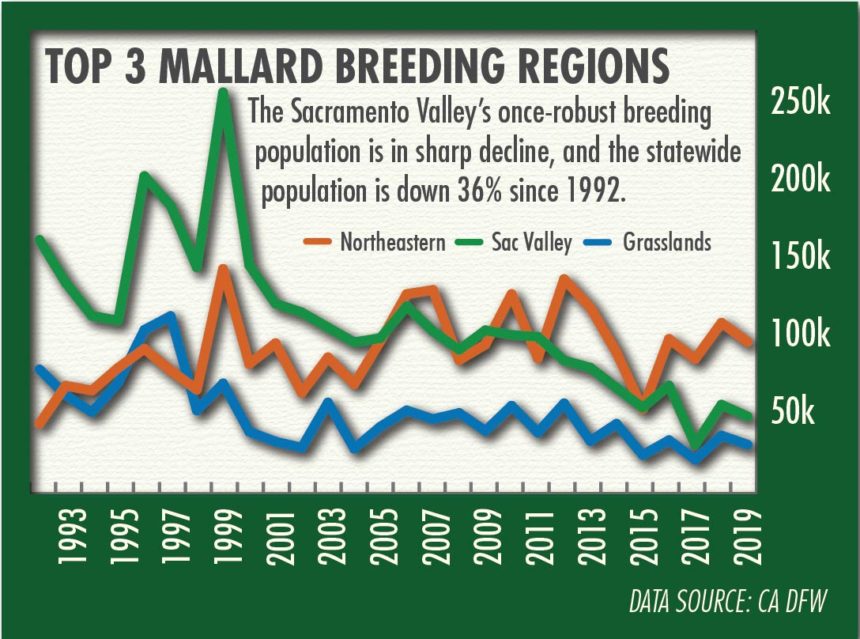 As many hunters may have noticed during the 2019-20 season, mallard populations are down. Breeding population counts in California, which supplies 60% to 70% of the mallards we harvest, have declined substantially: The average population count from 2010 to 2019 is 36% lower than the average from 1992 to 2000. Most notably, mallard breeding numbers have declined by a whopping 70% in the Sacramento Valley, which used to be a powerhouse of mallard production. It’s the biggest decline of any waterfowl breeding region within our state.

And every seasoned gamebird hunter has observed the significant reduction in pheasant populations in most of California. Like mallards, wild pheasant harvest has declined significantly statewide since the late 1990s.

Many factors have contributed to California mallard and pheasant population declines, but some of the most significant include a reduction in winter wheat acreage, clean farming practices, urbanization, decline in the use of federal set-aside programs, and conversion of row crops and pasture to permanent crops like almond and walnut orchards. In addition, the Lower Klamath National Wildlife Refuge’s loss of historic water supplies has dried up critical breeding habitat there as well (see article on page 40).

Studies have shown that providing nesting cover through the breeding season can greatly benefit mallards and other waterfowl. For example, the results of the 2013 Rice Cover Crop Rotation Pilot Project, which was part of the Department of Fish and Wildlife’s Ecosystem Restoration Program, found that annual cover crops located next to rice cultivation produced on average 39% nest success, which is well above the 15% that is typically targeted by waterfowl biologists.

The Nesting Bird Habitat Incentive Program would pay farmers and other landowners, including private duck clubs, to fallow, grow cover crops like vetch or enhance existing nesting habitat. If a landowner wanted to also open the field to public pheasant hunting, for example, he or she could be paid to provide that public benefit too. Monies could also be used on state wildlife areas and national wildlife refuges to improve breeding habitat on those lands and thus increase public-land hunter opportunity.

The incentive program is designed to be flexible enough to meet California growers’ needs. For example, it would allow for one-year or multi-year contracts and permit landowners to rotate their fallowed fields each year. It would also pay wheat farmers to delay harvest of their crop to give nesting waterfowl and pheasants enough time to hatch their eggs.

The increased cost of gamebird validations is not expected to decrease sales. When the Federal Duck Stamp price went up by $10 in 2015 to protect breeding habitat on private lands in the Prairie Pothole region, there was no corresponding drop in revenues. A study by the Wisconsin Department of Natural Resources also found that hunting licenses sales tend to be inelastic: Modest increases in price lead to net increases in revenue. 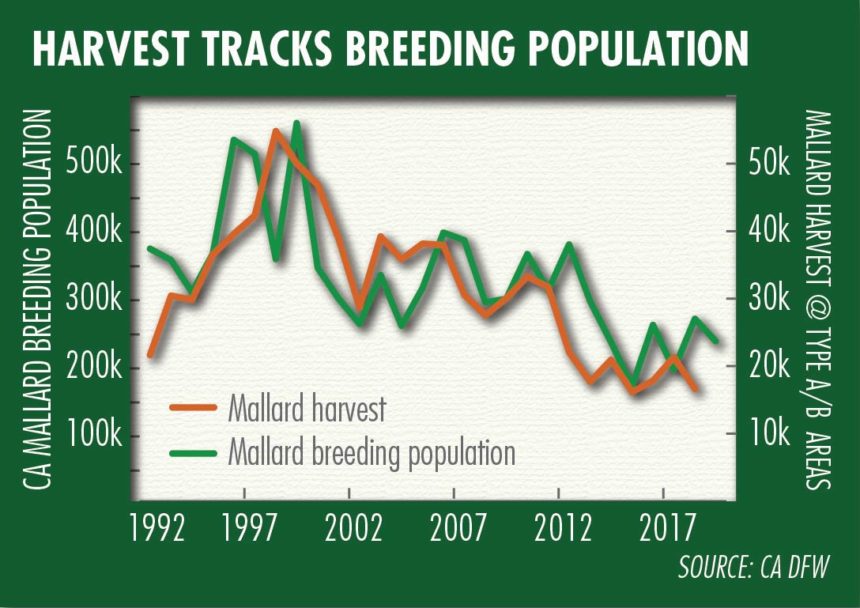 We also know that hunter opportunity drives participation. Mallard and pheasant are among the most sought-after gamebirds in California, and harvest of those particular species is linked with many hunters’ satisfaction. If we can raise mallard and pheasant population numbers, that should support the state’s overall hunter recruitment, retention and reactivation (R3) efforts, something that is crucial given our continued declining hunting license sales.

A strong duck hunting community also ensures wetlands continue to thrive in this state. About two-thirds of managed wetlands here are on private land, primarily duck clubs. Without duck hunters, it is unlikely these wetlands would continue to be maintained.

To support California Waterfowl’s efforts to raise revenue for breeding habitat, please sign up for action alerts here. At key points in the legislative process, we will ask members to voice their support to their representatives. Hunter-constituents saying they’re willing to spend more to support habitat has a big impact on lawmakers.

You can also donate to our Advocacy or Waterfowl funds here.

This article was originally published in the Spring 2020 issue of California Waterfowl.