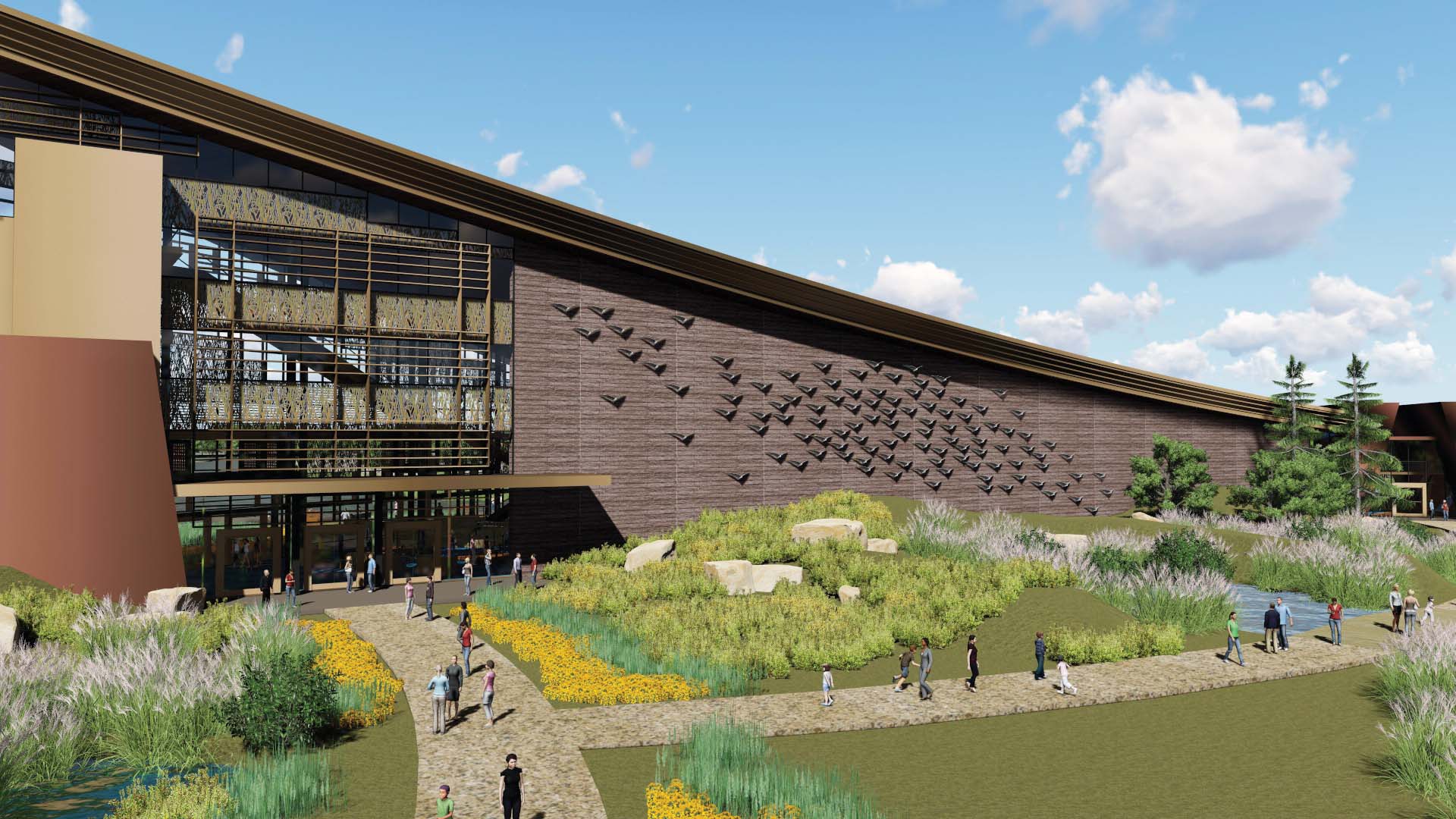 (February 25, 2018) To millions of motorists traversing Interstate 680 south of Gold Hill Road in Fairfield, the vast expanse of land to the east might look empty.

But the duck hunters who have conserved and protected these 88,000 acres of wetlands for over a century know better. It’s the Suisun Marsh! And none has a more ambitious vision for the 900 acres southeast of the Gold Hill interchange than philanthropist-hunter Ken Hofmann.

In a state that’s obsessed with its ski slopes, vineyards, beaches, surf and world-class cities, Hofmann has chosen this as the place to draw the public’s attention to the spectacular resource right under its nose: the wetlands that comprise the heart of the Pacific Flyway.

His plan is to create the Pacific Flyway Center, an educational and interactive celebration of the wetlands we love, including a beautiful marsh laced with walkways that make it accessible to all, an IMAX-style theater where audiences can enjoy bird’s-eye views of the Pacific Flyway, and exhibits that will illuminate the creatures normally enjoyed primarily by duck hunters, dedicated birders and biologists.

The point? To educate the public about the importance of wetlands and wildlife, and to increase support for their wetland conservation. 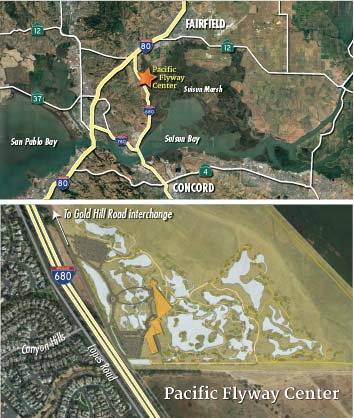 The architecture will accentuate the grace of the marsh, its sweeping roof and angles emulating a bird in flight. The building will incorporate state-of-the-art energy-saving features, including solar panels and design that allows natural sunlight to illuminate and warm key areas. Windows will be made of wildlife-friendly glass treated to prevent bird strikes and glare.

The building, which will be constructed in three phases, will include an exhibit hall that has both permanent and rotating collections, an interactive tidal water model, and bird and decoy exhibits. Catwalks throughout will give visitors a magnificent bird’s-eye view, indoor and out. A 3,800-square-foot theater, built in Phase 3, will accommodate 300 people. There will be a restaurant that can accommodate catered meals, with enough seating for about 600 – perfect for special events. And of course, there will be a gift shop.

Outside, the demonstration marsh will feature a looping walkway, wildlife viewing and an outdoor stage for presentations.

Much of the inspiration for the center comes from the Wildfowl and Wetlands Trust’s Slimbridge Wetland Centre in the United Kingdom, which is extremely popular with children, birders and photographers. Think of it as a Monterey Bay Aquarium for wetlands.

WHO IS THE TARGET AUDIENCE?

The Pacific Flyway Center will be suitable for all ages. But children in particular are dear to Hofmann, and he envisions the Center as a place where field trips will maximize children’s exposure to wetlands and wildlife, and imbue them with a sense of awe, and ultimately stewardship, for the species that depend on the Pacific Flyway.

The center will accommodate an estimated 250,000 visitors each year.

WILL THIS PROJECT HARM WETLANDS?

No, this project will create new wetlands and enhance existing seasonal wetland habitats. The 125,000-square-foot building will be located in the upland area of the secondary marsh at a higher elevation than the managed wetlands of the marsh.

WHERE DO HUNTERS FIT INTO THIS PLAN?

WHERE IS THE CENTER IN THE DEVELOPMENT PROCESS?

Planning has been in the works for 2-1/2 years, undertaken by a public non-profit organization created for this purpose. Three of the six required parcels have been acquired, and the remaining three are in the process of being acquired.

In November 2016, Fairfield voters passed Measure T by a more than 2-to-1 margin, extending their city limits to include the project site and allowing the city to provide water, sewer and other utilities there. Currently, the project is seeking environmental approvals from the city of Fairfield. After that, the non-profit can pull the necessary permits to begin work.

The first pieces to be developed will be the marsh, because the vegetation will require two to three years to develop and mature, and Phase 1 of the building. The rest of the building will be constructed in Phases 2 and 3.

WHEN WILL IT BE DONE? 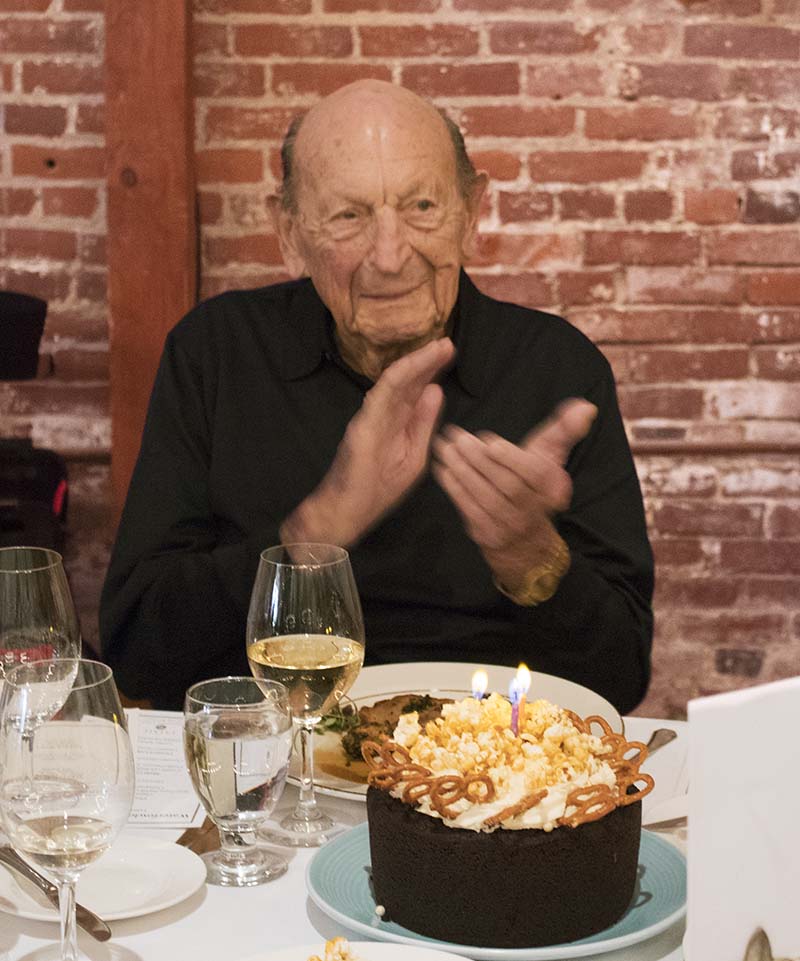 Ken Hofmann's 95th birthday was honored in February 2018 at the California Waterfowler's Hall of Fame induction luncheon. He passed away on April 22, 2018.

There is no set date. But Hofmann, who turned 95 in February, wants to see his dream come to fruition.

WHAT CAN I DO TO HELP?

Donations will be accepted in the future.

WHERE CAN I SEE MORE?

WHO SUPPORTS THIS PROJECT?

Board of Trustees and Officers: