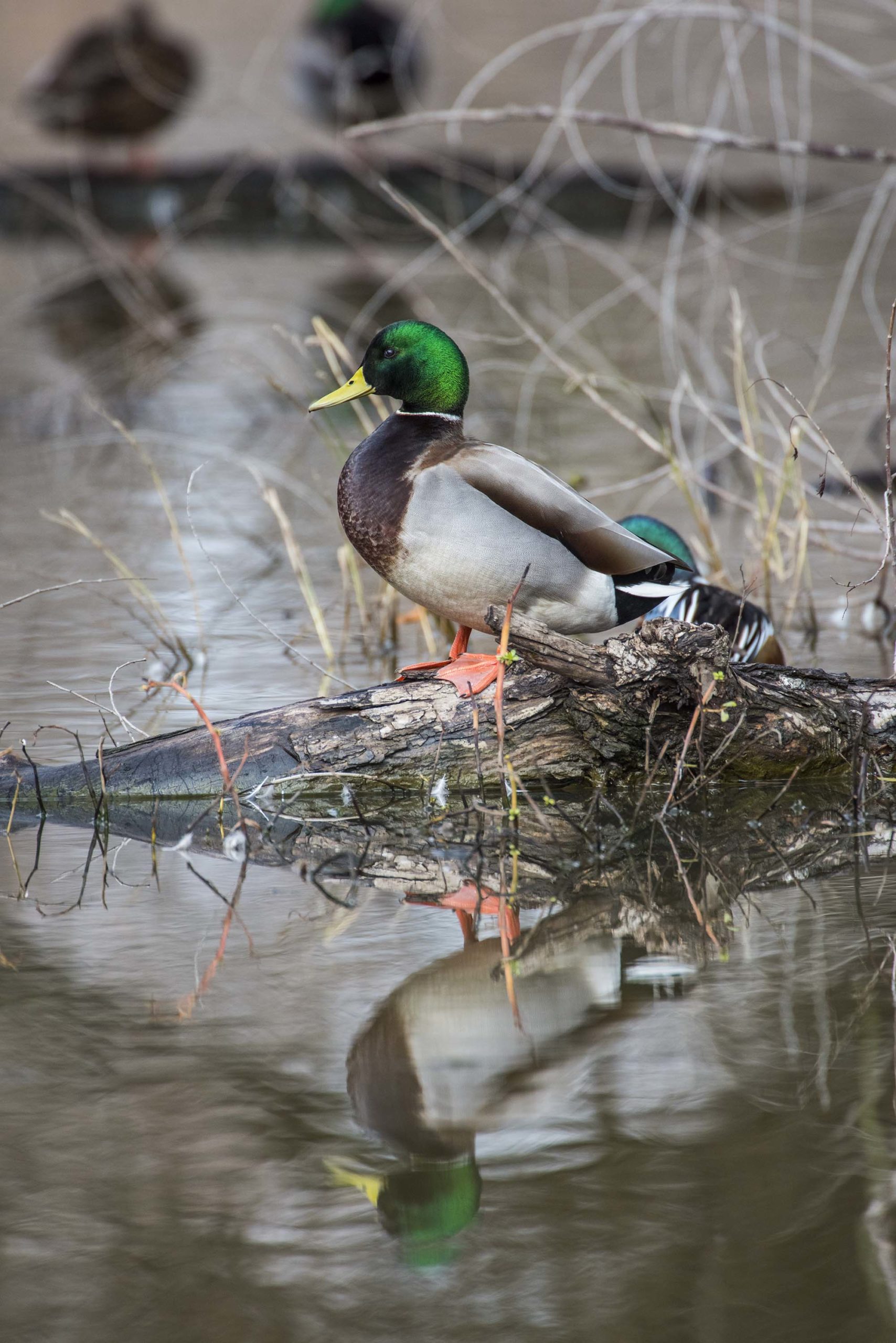 One of the (many) reasons California Waterfowl is concerned about the plight of the Lower Klamath National Wildlife Refuge is that the refuge provides important breeding and brood-rearing habitat for mallards and other California ducks - but only when it has water.

We were deeply concerned this spring and summer at the lack of water at Lower Klamath, which limited breeding habitat for mallards and other California ducks. But can we measure what impact it had?

Not precisely. But mallard harvest during the hunting season may be an indicator.

We don't know what the California mallard breeding population was this year - annual surveys were canceled due to Covid. But the chart below shows that the opening weekend mallard harvest was down this year at the five refuges that typically have the biggest October mallard harvests: the Sacramento National Wildlife Refuge and the Gray Lodge, Grizzly Island, Los Banos and Mendota wildlife areas. 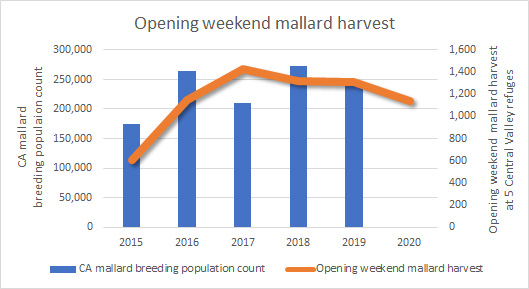 That suggests that either the breeding population was down, and/or the breeding habitat was in poorer condition this year. We do know that the northern two-thirds of the state was drier than normal this spring and summer. And of course, the most dramatic landscape changes compared with the previous year were the dearth of water at Lower Klamath this spring and summer, and of course the botulism outbreak in the Klamath Basin – exacerbated by the lack of water – which killed tens of thousands of ducks.

A couple notes about what you see in the chart:

2015: End of the drought. Lack of habitat was severely limiting the breeding population. Harvest was accordingly low.

2017: The breeding population survey occurred during the tail-end of widespread flooding that spread birds across the landscape, leading to lower population counts (counts take place in specific areas every year for consistency, so when ducks spread out from those areas, the counts drop). The fact that harvest went up suggests the breeding population may have been larger than what was counted, and/or that habitat conditions were good for rearing ducklings.

This chart is not a peer-reviewed scientific study, and it doesn't factor in hunter effort or the amount of flooded habitat. But it does highlight correlations that we see consistently in the data. Breeding habitat matters. Lower Klamath matters.