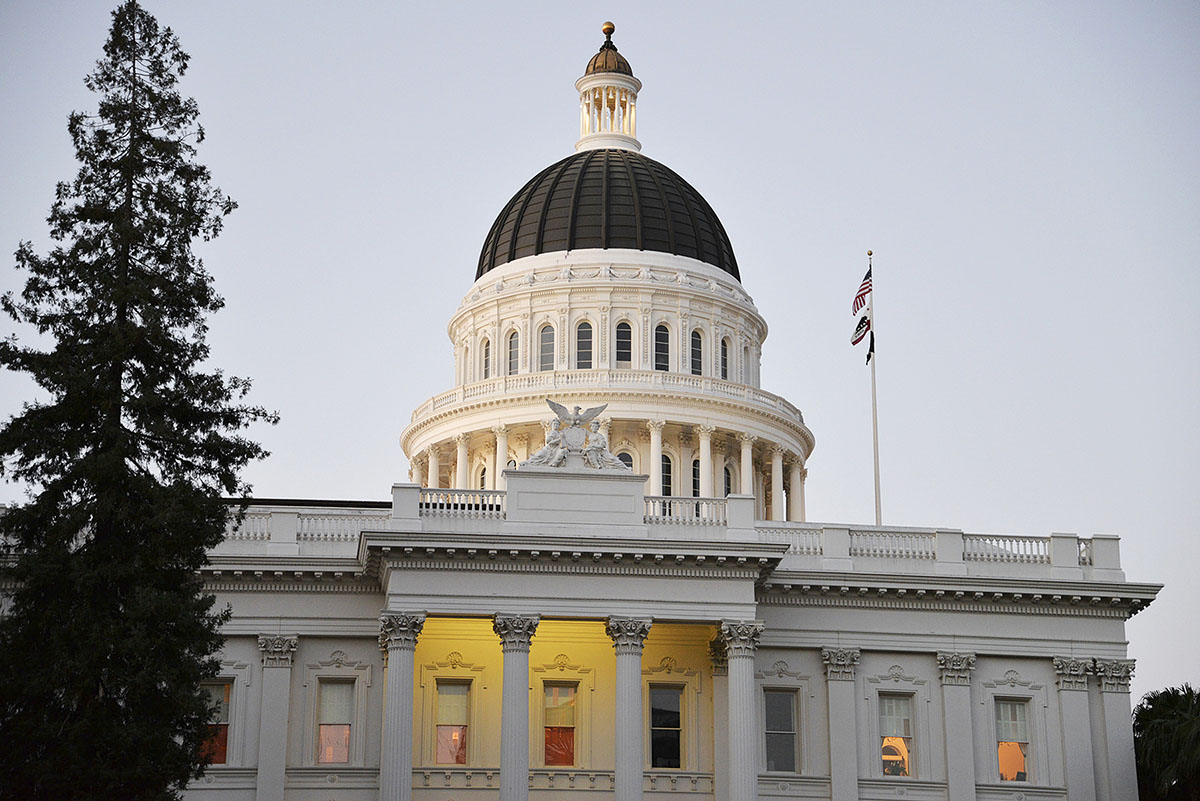 Legislation we'll back and fight

Legislators recently gave the nod to two California Waterfowl-sponsored bills, and that puts them on the first steps through the long legislative process. A nesting habitat funding bill and a combination hunting and fishing license bill both passed through their first policy committee hearings. They are two of several bills and initiatives California Waterfowl is supporting in the current legislative session in Sacramento.

The first, AB 614, carried by Assemblymember Cecilia Aguiar-Curry, D-Winters, and sponsored by CWA, would provide much-needed start-up funding for the Nesting Bird Habitat Incentive Program. It would focus on the breeding habitat needs of local waterfowl, most notably mallards, as well as upland game birds, such as ring-necked pheasants. Our local mallards and pheasants are experiencing long-term population declines. Reductions in the quality and quantity of nesting habitat, especially in the rice-growing region of the Sacramento Valley, are contributing factors.

The bill would add a $5 surcharge to state duck and upland validations. It would generate about $1.1 million that the Department of Fish and Wildlife would use to fund a landowner incentive program each year. Properties near brood water, such as flooded rice and summer wetlands on state and federal areas, would get priority.

AB 614 would also provide greater accountability and improved transparency regarding the spending of funds collected via the Upland Game Bird Stamp. The bill would ensure the Upland Game Bird Advisory Committee meets at least once per year. It would require the committee to review nonhabitat expenditures, such as administration and enforcement, and post them on the DFW website. In addition, the bill would make the Winter Rice Habitat Incentive Program more flexible for landowners to increase participation.

More than 15 other hunting, conservation and landowner groups support AB 614.

This bill, carried by Sen. Brian Jones, R-Santee, and sponsored by CWA, would create a combination hunting and fishing license. This new license option would be valid 365 days from the date specified by the purchaser, and that would let the license buyer use it more effectively. In addition, the bill would allow purchasers to auto-renew their license each year. California fishing license-holders can auto-renew, but hunting license-holders can’t.

Compared with other states, California provides relatively few types of hunting and fishing licenses, and only a handful of changes have been made to our licensing system in the last 20 years. Outdoors groups recommended a new combo license during the DFW’s hunting and fishing recruitment, retention and reactivation (R3) stakeholder input process.

About 40 other states have combo hunting and fishing licenses, including neighboring Oregon, Nevada and Arizona. No state that has a combo license has ever stopped offering the option due to lack of interest or declining sales.

CWA has partnered with other hunting and pet ownership groups to oppose AB 702 by Assemblymember Miguel Santiago, D-Los Angeles.

Fortunately, AB 702 is now a two-year bill and is dead for this year. But it may be back in a future session.

The bill would prohibit someone from maintaining a dog kennel for breeding purposes without first obtaining a breeder permit, as determined by the local jurisdiction, which would be subject to a fee.

This bill would place unnecessary restrictions and costs on the breeding of dogs used for hunting, field trials and other legitimate sporting purposes. CWA has repeatedly pointed out that the dogs used in conjunction with these activities are highly valued: The cost of an 8-week-old, untrained puppy can run into the thousands of dollars. The dogs are typically the result of careful selection and breeding over many generations, and all necessary care is taken to ensure their health and well-being. They rarely, if ever, end up in shelters or pose a public nuisance, safety or health issue.

AB 702 would give local jurisdictions too much power and discretion over whether or not to issue a breeder permit. Many of the breeder standards mandated under the bill are highly subjective, and the local jurisdiction could refuse to issue a permit for a variety of reasons. For the bill’s other standards, it is unclear whether many have any scientific or other data-driven evidence to support them.

It should also be noted that AB 702 specifically authorizes a local jurisdiction to adopt and enforce more restrictive breeding requirements than what is otherwise provided in the bill.

CWA believes that AB 702 does not appropriately target problem dog breeders and would instead put added burdens and costs on legitimate breeders, which could cause some to cease their operations entirely. For those who are able to stay in business, they would necessarily pass many of the costs to consumers, which would make it even more difficult for the average person to afford a hunting or sporting dog.

BONDS YOU MAY VOTE ON

State legislators are now considering several resource bond measures that would be on the 2022 ballot statewide. Two of those include SB 45, sponsored by Sen. Anthony Portantino, D-La Cañada-Flintridge, and AB 1500, sponsored by Assemblymember Eduardo Garcia, D-Coachella. They would provide about $5.5 to $7 billion for a variety of programs and projects related to water, wildlife, parks and climate change. Both bond measures require a two-thirds vote of each house in order to be approved by the Legislature.

CWA, along with many of our waterfowl partners, is asking that funding for various wetland and waterfowl habitat programs be included. Chief among these priorities:

California Waterfowl has teamed up with a coalition of other hunting groups to oppose two firearm measures that would unreasonably and unjustifiably impact law-abiding hunters and gun owners. These bills would also make operations difficult for conservation organizations that rely on firearms transactions to support their mission.

AB 1223, sponsored by Marc Levine, D-San Rafael, would impose an additional excise tax of 11% on long guns and ammunition as well as a 10% tax on handguns. Revenues collected would be deposited in a new Gun Violence Prevention, Healing, and Recovery Fund, and would pay for programs that address the effects the criminal use of firearms has upon communities across our state.

CWA and our partners have pointed out that firearms are already heavily taxed, including through the federal Pittman-Robertson Act that supports funding for wildlife conservation projects carried out by state fish and game agencies. We have also argued that law-abiding sportsmen and women should not be required to pay for the criminal or irresponsible acts of other people.

If AB 1223 is signed into law, Californians would pay almost 30% in total taxes on the purchase of firearms and ammunition. The retail cost of many pump and semi-automatic shotguns that are commonly used for hunting, for example, would increase by about $50-$200 per firearm.

SB 264 by Sen. Dave Min, D-Irvine, would prohibit a state or county officer or employee, operator, lessee or licensee of any state-owned property from contracting for, authorizing or allowing the sale of any firearm, firearm precursor part or ammunition on state or county property.

This measure would especially hamper fundraising efforts by nonprofit conservation and outdoors groups by effectively prohibiting the auctioning of firearms on state and local property. CWA and our partners have highlighted the fact that these events are attended by hunting enthusiasts and their families and are not venues for criminal activity.

Both AB 1223 and SB 264 passed their first policy committee hearings on a partisan vote. AB 1223 is a tax measure, so it will require a two-thirds vote on the floor of each house to pass. It was nearing a critical deadline when this magazine was going to press.

Stay informed. Visit our advocacy page to sign up for our eNews and Action Alerts, donate or volunteer. California Waterfowl’s advocacy team works at all levels of government in Sacramento and Washington, seeks science-based regulations and bipartisan solutions, and works hand in hand with partner conservation and hunting organizations.