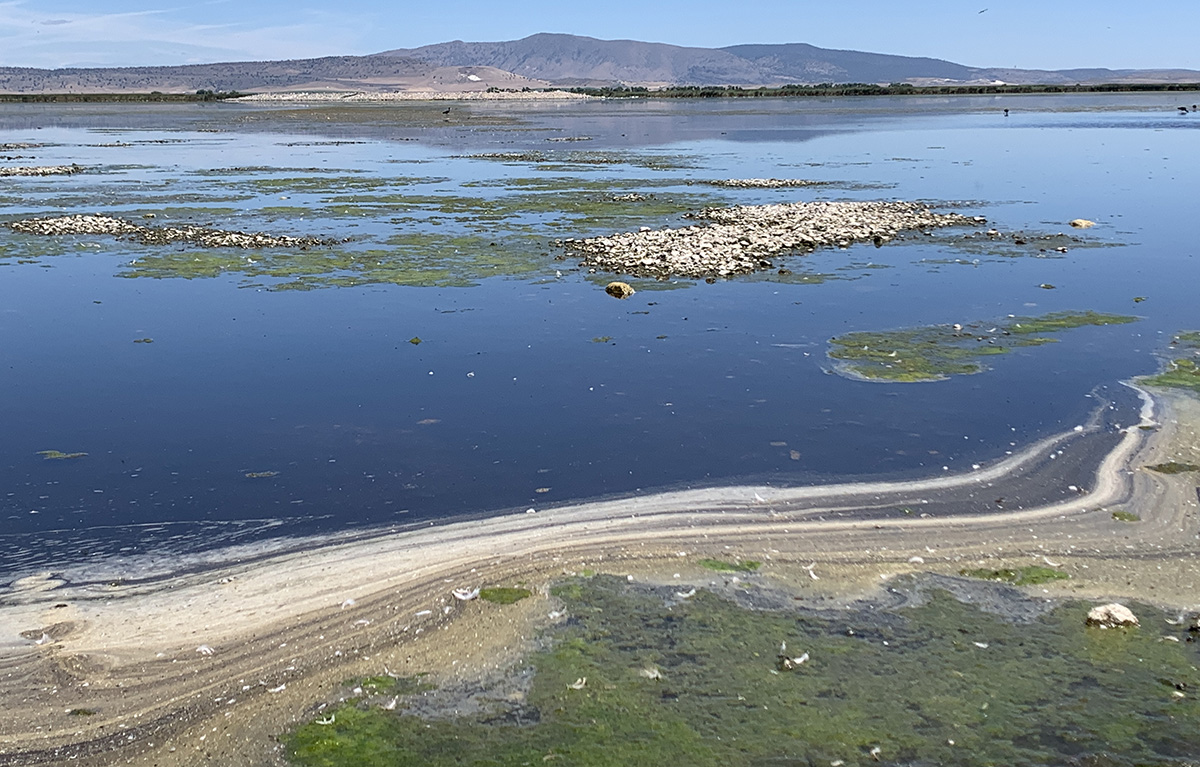 Klamath Update: The fight for every drop of water 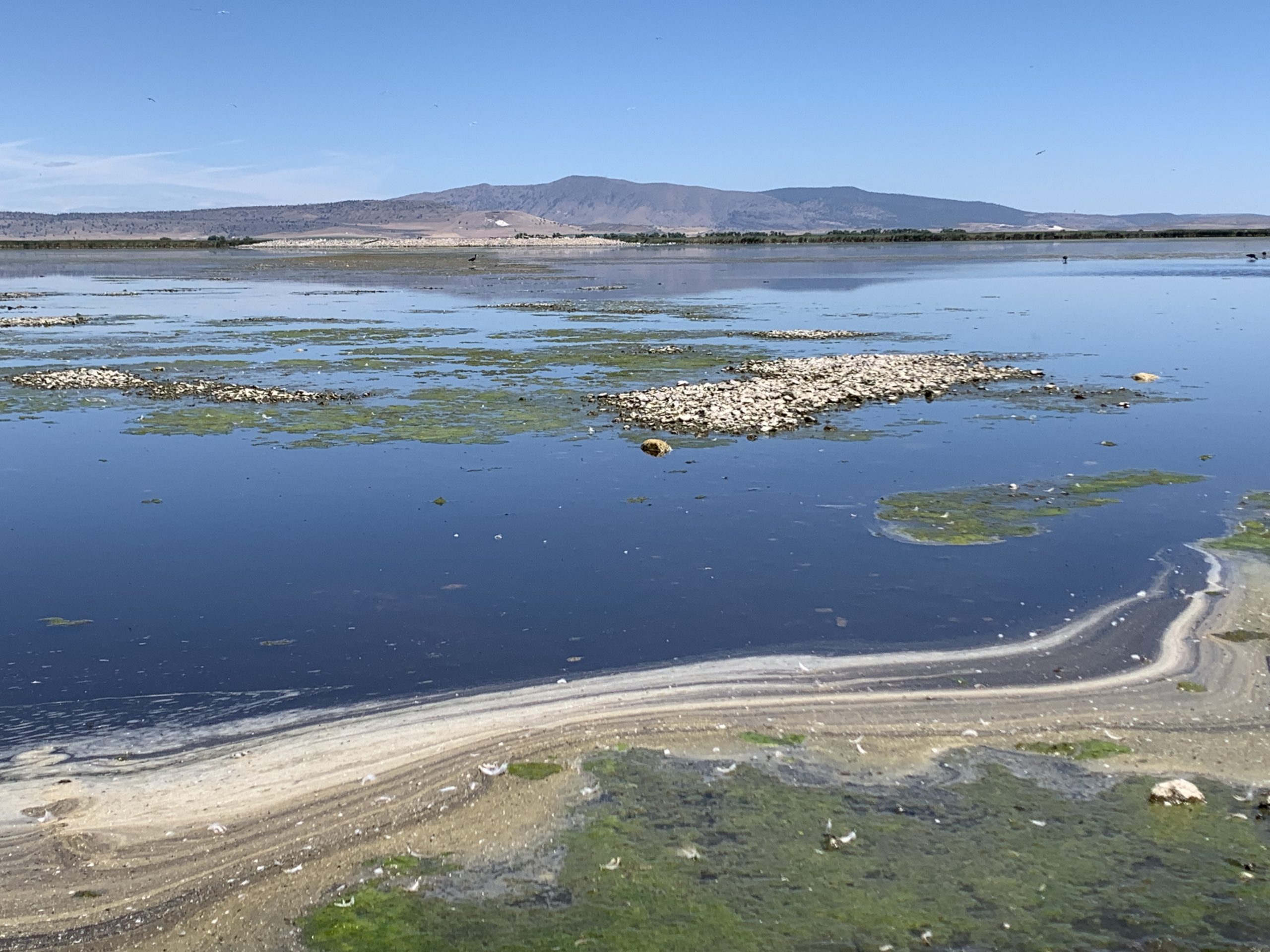 Unit 2 at Lower Klamath National Wildlife Refuge got an infusion of well water just after this photo was taken in summer 2020. Two generous donor contributed money to pump well water to help increase floodable acres in the unit and help keep botulism from expanding. PHOTO BY CAROLINE BRADY


by JEFFREY A. VOLBERG, DIRECTOR OF WATER LAW AND POLICY

(Originally published in the Winter 2020 issue of California Waterfowl.)

It was a busy summer and fall for California Waterfowl in the Klamath Basin. The drought – both natural and manmade – continued, and we had to fight for every drop of water we could get for the Lower Klamath National Wildlife Refuge.

California Waterfowl’s banding crews did double duty rescuing ducks infected with avian botulism and picking up the carcasses of the more than 60,000 ducks and shorebirds that died of the disease.

Lower Klamath is not getting the water it needs because it lacks senior water rights and Klamath Project water is being diverted to help (so far unsuccessfully) endangered fish species. CWA’s long-term goals are to secure high-priority water rights for the refuge and to secure an agreement to distribute water equitably in the Klamath Basin.

While those efforts are still works-in-progress, we nevertheless accomplished a lot in 2020:

• Advocating for a summer water supply from the received only 140,000 acre-feet, instead of their normal supply of approximately 350,000 acre-feet. Furthermore, the Project was told in the spring, after they planted their crops, that they would only receive 80,000 acre-feet. At the end of May, they were told they actually would receive the 140,000 acre-feet they were originally allocated. This flip-flop caused a delay in deciding how much water could go to the Lower Klamath refuge. Ultimately, the farmers were able to send approximately 14,000 acre-feet to the refuge, with the help of federal drought relief funding. Refuge staff used the water to keep Unit 2 flooded through the summer, which provided brood water for the many ducklings that hatched out.

• Meeting with the Secretary of the Interior. California Waterfowl Board Chairman Rocque Merlo and VP for Legislative Affairs and Public Policy Mark Hennelly flew up to the Klamath Basin to meet with Interior Secretary David Bernhardt. Accompanying them was Congressman Doug LaMalfa (R-District 1). Secretary Bernhardt was in the Klamath Basin to see the effects of the drought, federal laws and regulations on the region’s water supply. Merlo and Hennelly were able to impress upon the Secretary the dire condition of the refuge with its chronic water shortages.

• Banding and rescuing sick birds. CWA Waterfowl Programs Supervisor Caroline Brady and her banding crew broke their old record by banding over 5,000 ducks at the Lower Klamath and Tule Lake National Wildlife refuges. However, they also found themselves working with refuge staff and local volunteers to pick up carcasses of thousands of birds that died of botulism and to rescue birds that were still alive. More than 60,000 birds died and approximately 3,500 birds were saved by a “duck hospital.” The deaths mainly occurred on the Tule Lake National Wildlife Refuge, where the lack of flowing water allowed botulism to spread and forced birds to crowd together.

• Securing private donations to fund well water pumping at Lower Klamath. Two generous donors stepped up to pay the cost of pumping well water during September to increase floodable acres in Unit 2 and help keep botulism in check there.

• Working with the U.S. Fish & Wildlife Service to open Sump 1A for hunting. Initially, the Service intended to close Sump 1A to hunting during the
2020 hunting season because of the lack of water. The wetlands unit was being drawn down to allow vegetation to reestablish itself after having been continuously flooded for many years. After consulting with California Waterfowl and the Cal-Ore Wetlands and Waterfowl Council, the Service determined that it could open Sump 1A for hunting while water conditions allow.

California Waterfowl is dedicated to the health of the Lower Klamath refuge because of its importance to all hunters in the state. For the latest news, research and efforts, click here.