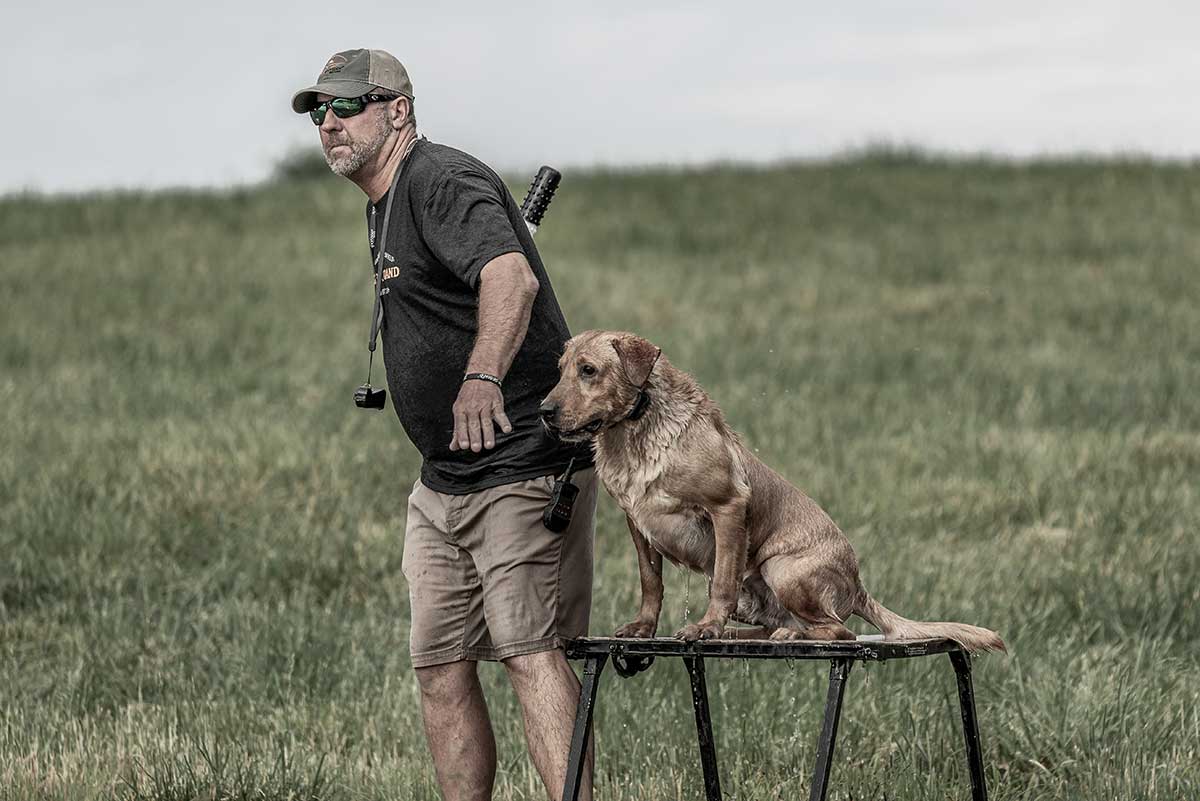 Canine Corner: Keeping up the standard

(Originally published in the Winter 2021 issue of California Waterfowl)

Constantly remind yourself that every day is part of “training season,” no matter what the calendar says.

Like a lot of hunters, I think of a year as being divided into two parts. There’s duck season, and then there’s the off-season. Never mind spring, summer, fall and winter. There’s a time to hunt and a time to get ready for hunting. If you get as amped up for waterfowl season as I do, I’m sure you can relate.

Looking at this from the perspective of a retriever owner, it’s easy to consider the off-season to be the time for training, with the hunting season the big payoff for all of the time and work you and your dog put in to get ready for it.

The only downside to this type of thinking is that it leaves the door open for your dog to develop some unsavory habits that, in the excitement of the hunt, you let slide. “Hmm, that’s something we’ll need to work on … later,” you say to yourself.

The problem with that approach (and trust me, I’m speaking from experience here), is that retriever training problems don’t just fix themselves. In fact, they become worse if left unchecked. For 260-some days of the year, you’ve held your dog to a certain standard. There’s only one person who can make sure that standard is maintained during hunting season, and that’s you.

Let me use the most obvious example, the bane of retriever owners everywhere: breaking. A dog that breaks (leaves for the retrieve before you’ve given the OK) has the potential to create all sorts of problems. Breaking can simply be irritating if your dog jumps out of the boat or blind while birds are circling, ruining your chances to shoot. Or it can be downright dangerous if your dog busts out in front of the guns while hunters are still shooting.

Now, let’s say this happens only occasionally, or let’s say your dog “only broke a little.” Our collective tendency is to say, “Well, he broke, but he made a really nice retrieve on that bird that sailed 200 yards, so I’ll give him a pass.”

The problem is that you set a standard during training season, but now you’re not enforcing it. Other than the fact that an actual hunt is way more exciting for your dog than a day of training, that shouldn’t factor into its behavior.

Think back to the pre-season when you were working on marking drills. If your dog was sitting at heel and it broke for a retrieve before you sent it, you would have (I hope) immediately corrected that fault, even if it meant going all the way back to restraining your dog with a lead so it couldn’t break again. You set a standard of no breaking during training season; you need to keep the bar set right there, regardless of the situation.

While breaking is the No. 1 sin, there is a long list of lesser but still irritating evils that for some reason seem to crop up at the worst times during hunting season, especially with young dogs. That list includes whining or barking in the blind, refusing to take a cast while looking for a bird, and getting sloppy with bird delivery (i.e. dropping a bird instead of bringing it all the way back to you).

At this point, you’re probably saying, “OK, I get it, just tell me what the fix is.” Well, there is no magic solution, and every dog is different. But if you’re having problems during hunting season, this is a good time to identify the root cause of bad behavior. Most of the time, it’s tied right back to the simplest of dog training concepts. Breaking, for example, is not a hunting problem. It’s an obedience problem. You told your dog to sit. That means stay sitting until you say it’s time to go. Ask yourself if you were consistent on enforcing obedience during the off-season.

Now, if your dog was a reliably good citizen during the off-season, but the excitement of the hunt causes it to forget its obedience training, it could be that you need to create more excitement during training so your dog can better handle the real thing. More training with gunshots and live birds in order to simulate hunting conditions could be just the thing to keep your dog from coming unglued when a big flock of pintails is circling overhead come January.

Constantly remind yourself that every day is part of “training season,” no matter what the calendar says. Be committed to doing some retroactive training sessions away from the excitement of the hunt when needed. Some pre- or post-hunt tuning up on obedience, stopping on the whistle and proper bird handling can work wonders. It tells your dog that there is only one standard, and it applies 365 days a year.