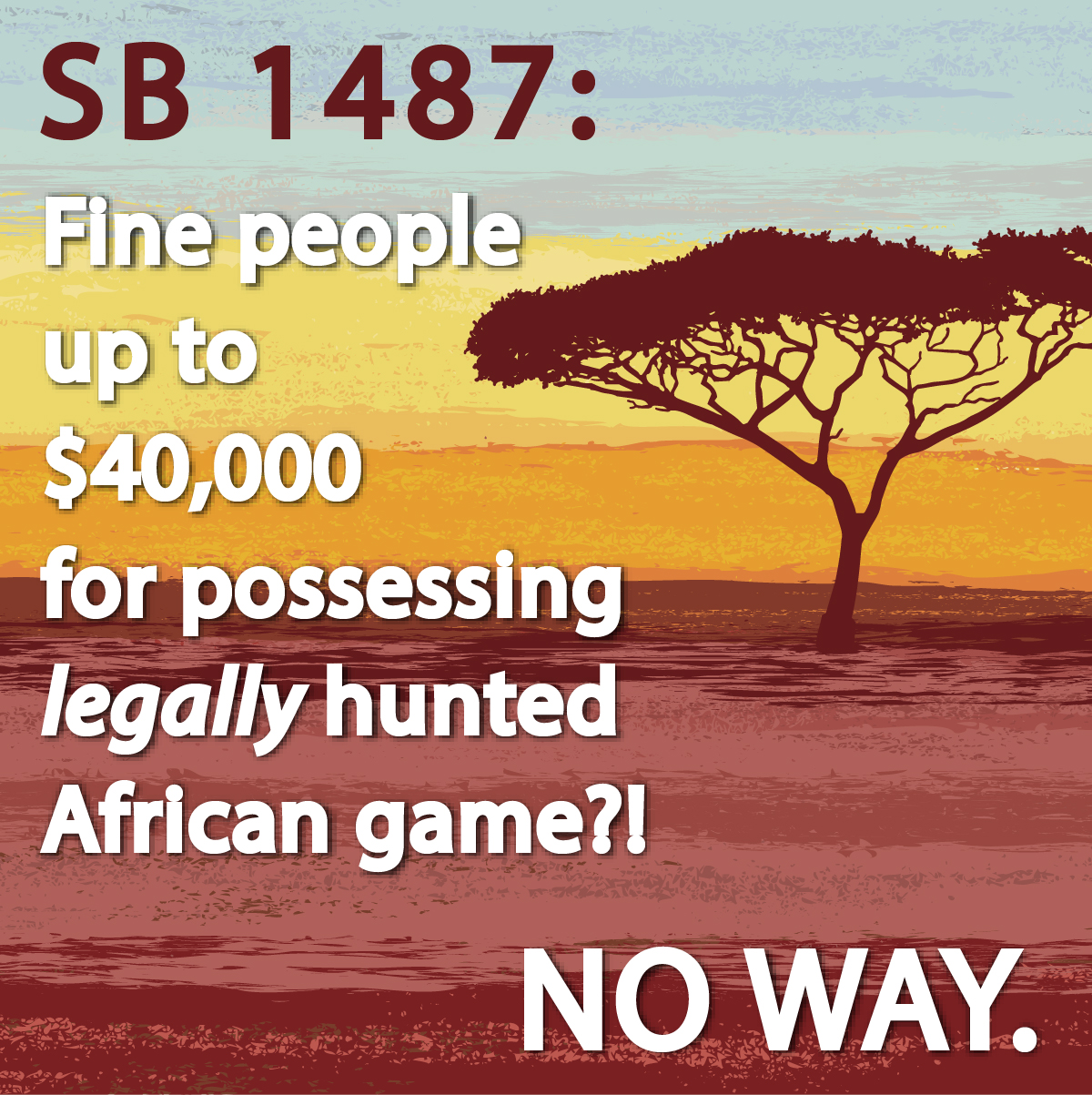 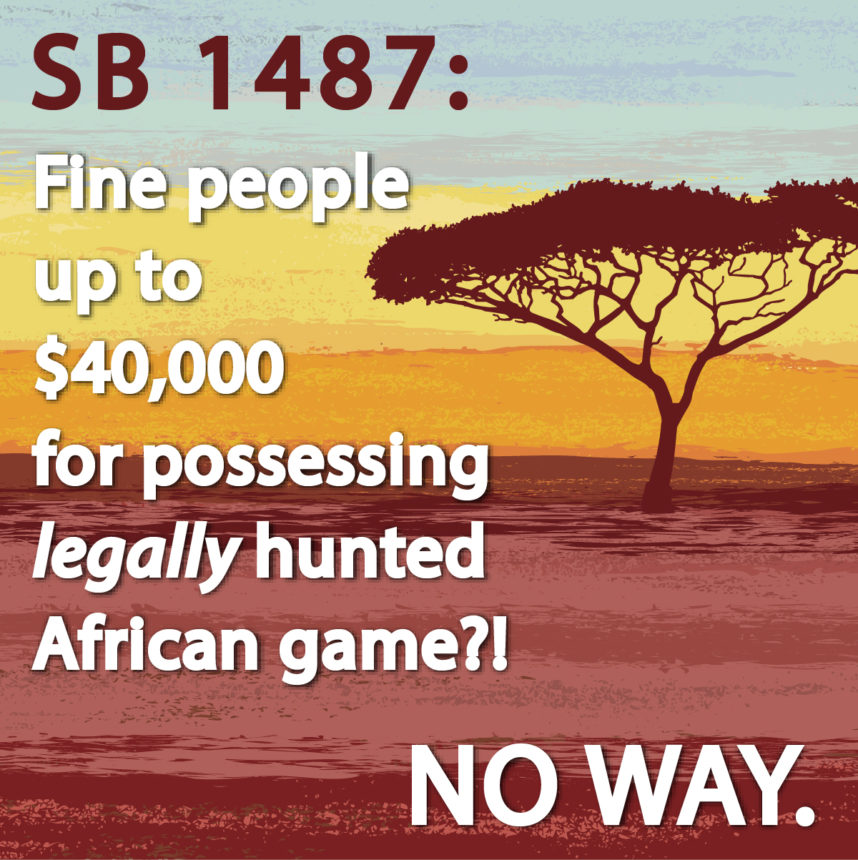 Gov. Jerry Brown vetoed a bill Sunday that would have made it illegal for California hunters to bring home or possess some animals they hunted legally in Africa, punishable by fines of up to $40,000.

"Even though I share the sentiments of the author, this bill, if enacted, would be unenforceable," Brown wrote in his veto message.

"This bill, which has no science behind it whatsoever, is nothing more than a veiled effort to stop all hunting by Californians in Africa," said Mark Hennelly, California Waterfowl's vice president for legislative affairs and public policy. "The real problem of course is illegal poaching, and the bill does nothing to address that. Instead, it will only encourage more poaching by driving out legal hunters from the field.”

A similar law passed in New Jersey was overturned by a federal court in 2016.

While SB 1487 does not pertain to waterfowl hunting, the bill would have established a dangerous precedent of banning the possession of legally hunted wildlife based on emotional considerations, rather than science. Science-based regulation of hunting was established in North America and has become a worldwide model for conservation. In conjunction with efforts to preserve and restore habitat – largely spearheaded by hunters – it has been responsible for astonishing comebacks of many wildlife species, ranging from white-tailed deer to wood ducks, both now common.

People who choose to hunt in Africa don't have the option of bringing home the meat, which is commonly eaten either in hunting camps or by local communities. But they can bring back taxidermied wildlife as mementos of their experience. Africa is iconic among many hunters, and a hunt there is considered a trip of a lifetime for many.

Legal, regulated hunting in Africa contributes to the conservation of wildlife. When species have a higher value for legal hunting than they do for poachers, it creates local incentives to fight poaching. In addition, animals that would be protected under U.S. laws require a permit for importation (more information here), and the U.S. Fish and Wildlife Service evaluates permit applications based in part on whether the country of origin has a program that promotes conservation of the species.

SB 1487 would have criminalized import or possession of any species or subspecies of African elephant, African lion, leopard, black rhinoceros, white rhinoceros, giraffe, Jentink’s duiker, plains zebra, mountain zebra, hippopotamus and striped hyena. Some of theses species are abundant and/or must be managed through regulated hunting.