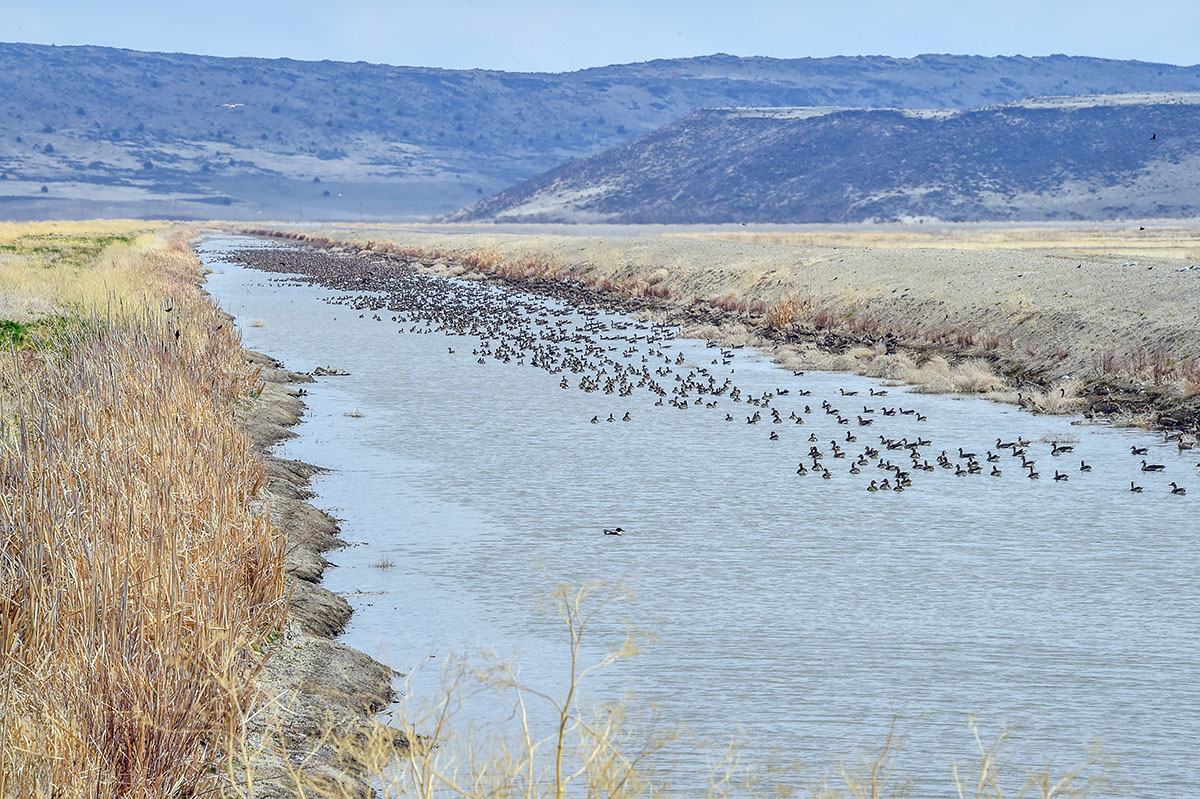 The U.S. Bureau of Reclamation announced last week that it would be allocating only 33,000 acre-feet from the Klamath Project this year - an amount that will leave the Klamath Basin's farmers, national wildlife refuges and salmon runs in dire straits. Click here to read the BOR press release.

That water represents a fraction of the 400,000 acre-feet that farmers need to produce the region's iconic potatoes, alfalfa, and grass hay; and specialty crops such as mint, horseradish, and dehydrated onions and garlic. The Klamath Water Users Association reacted to the announcement with dismay - click here to read the press release.

There is no water allocation for the Lower Klamath or Tule Lake national wildlife refuges, which suffered a devastating botulism outbreak last summer that killed more than 60,000 ducks, geese and shorebirds. Botulism occurs naturally, triggered by high summer temperatures, but when vast portions of the refuges dry up, it concentrates birds in small areas, greatly exacerbating the outbreak. Ducks are typically flightless due to their annual wing feather molt during peak botulism times, so they literally cannot retreat to safer waters.

California Waterfowl is working to secure high-priority water rights for the refuges, including a purchase that could put water in Unit 2 of Lower Klamath this spring to provide breeding and molting habitat this summer.

In the past, the refuges have benefited greatly from the generosity of farmers who have shared their water to benefit their avian neighbors at the refuges. In addition, waste grain in their fields help meet the food needs of millions of migrating waterfowl. But this year there will be no water for the farmers to share, as well as fewer planted fields, as farmers face their own devastating losses.

California Waterfowl joined a host of conservation organizations and area tribes on Friday in penning a letter to the Biden Administration seeking relief for all stake holders, including economic relief and funding to purchase water to benefit wildlife at the refuges.

Among other things, the letter seeks $50 million for permanent land and/or water acquisition from voluntary sellers to support wildlife, without harm to Tribal and private property.

California Waterfowl also supports ongoing efforts at the Lower Klamath and Tule Lake national wildlife refuges that will support farming in the region this year. The refuge is moving water from Sump 1A to Sump 1B at Tule Lake to consolidate available water and facilitate a much-needed restoration of Sump 1A, and farmers will be able to use that water while it is in transit to irrigate crops on the refuge. And Lower Klamath will have 4,000 acres of dry field farming this year on land that can't be flooded due to water shortages, making the most of highly fertile soil.