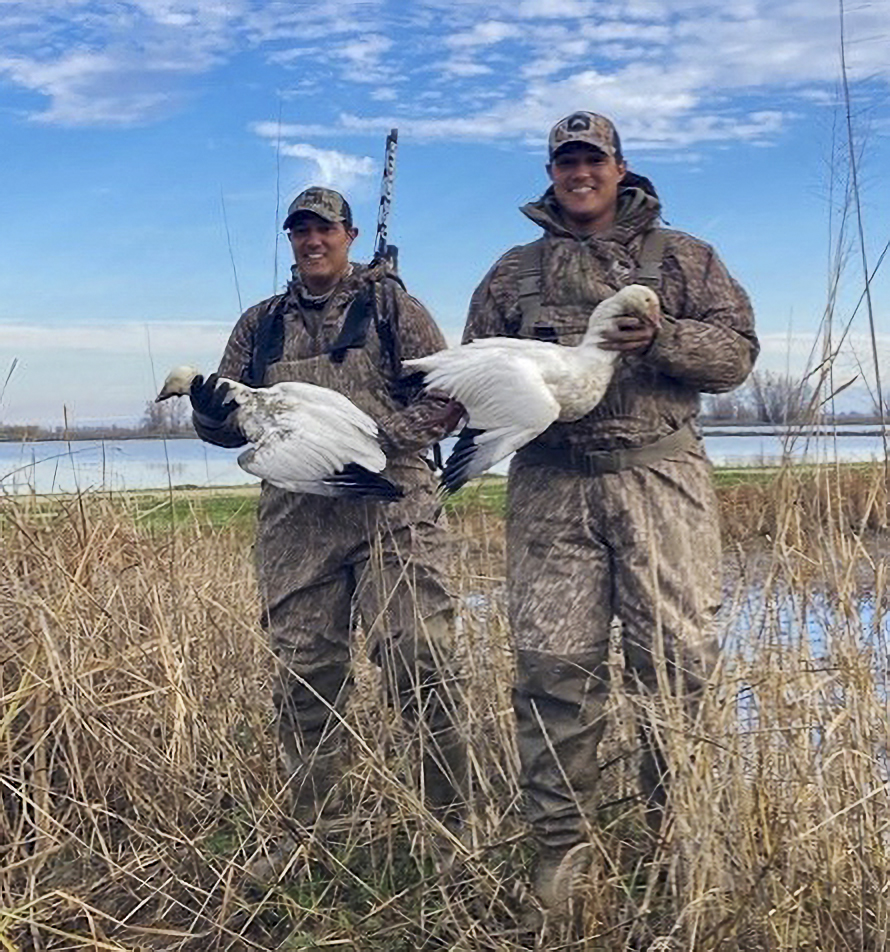 Double trouble and a small-world story 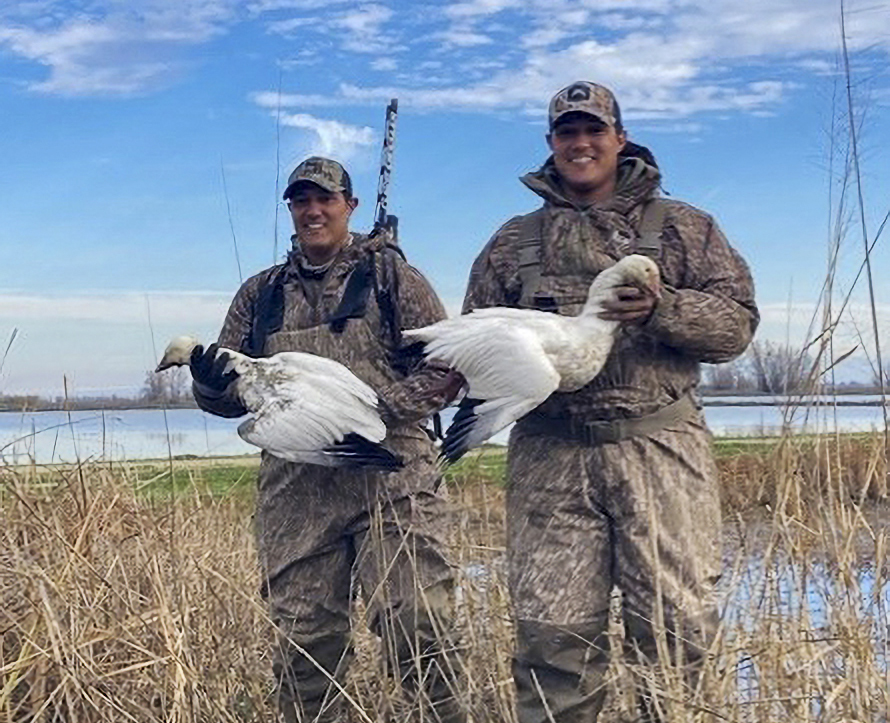 We were lying in the mud field, backs against the rice check, tucked in tight under the Tanglefree layout blinds, having arrived early to set up and get into position before the geese started flying. Walking through a disced rice field provides no pleasure, and for the past hour we had cut local vegetation downwind from our location to brush up blinds so we’d blend into the check. Then we set out the massive spread of a dozen snow goose decoys, plus one blue, to await the coming snow storm.

Now, most goose hunters would tell you a couple thousand minimum is required to get them even close, but we were betting on a good scouting job and being where the geese wanted to be, and hoping they would show very shortly.

“So where are you stationed?” I asked, a former Army colonel now masquerading as a goose hunting guide.

No wait, that was Derrick Harvey.

I asked again. “Fort Campbell,” whispered Derrick Harvey. Or was it Ian Harvey? This was getting complicated.

Twin brothers Derrick and Ian Harvey - both serving in the Army - were hunting with us that day, and there was no doubt they were identical twins. Derrick is stationed in Los Alamitos with the intelligence community, and Ian serves with the 160th Special Operations Aviation Regiment – the Night Stalkers. Neither had been on a Sacramento-area goose hunt, much less shot a snow goose, so both were excited to be here.

“Here they come,” whispered Mike Kellogg, the only professional snow goose caller in the blinds, also the one in charge of dragging the entire snow goose spread through the disced field and setting them up. He’s a Marine, dontcha know.

A couple of snows tried to back-door us from the roost and as Mike ordered, “Shoot it,” Ian drilled the bird. First snow goose ever for Derrick. I mean Ian.

“The 160th. Huh,” I said. “I knew a young man named Nick Mueller from my hometown. Unfortunately, he was killed in Afghanistan in 2009. Grew up two blocks away from me.”

“Nick Mueller!” said Ian. “Nick was a friend of mine! We served together in the 160th.” Turns out a veteran hunt organization called Heroes Hunt for Veterans in Waupun, Wisconsin, now honors Nick Mueller by calling their hunting location Camp Nicholas.

How cool is that? Four guys lying in the mud 2,000 miles from Wisconsin, and one of them was good friends with a guy who lived two blocks from another of them.

“Get ready, here they come,” scolded Mike as the snows left their roost en masse and headed our way.

A dozen snows drifted to the right while four stayed off to the left side. Another 20-30 started reaching for higher elevation and it looked like we were out of luck on this flock. Suddenly one ducked back – must’ve liked something in our spread – and as it came in with wings cupped at 20 yards, all three of us ordered Derrick, “Shoot that one!”

After that the snows got up and down, but all were headed for different checks. Some specks gave us multiple looks, but we were in the Sacramento Valley Special Management Area, so speck season was closed – they’d have to wait until next year.

But a first snow-goose hunt for twin brothers who got two snows, what a way to enjoy the day. The only thing that would make it better? Breakfast at Nancy’s Airport Café, on the colonel!