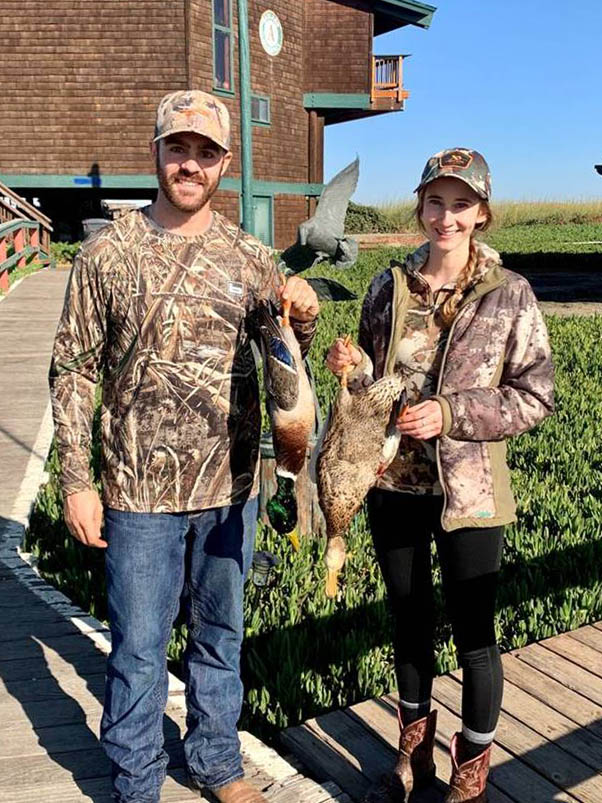 It was her first duck hunt ever, his first hunt at Grizzly Ranch, and what do they get? 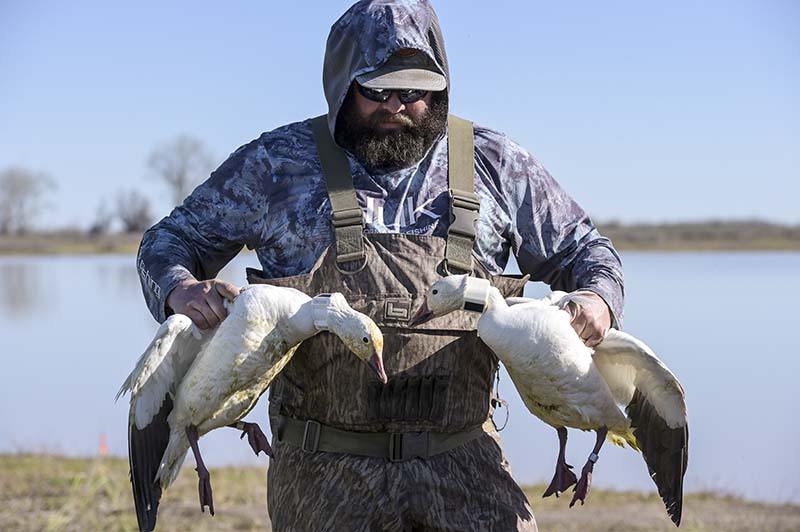 Huber posts frequently about California Waterfowl’s duck and goose banding efforts, as well as some of the more interesting band recoveries, but in this case, Huber was talking about the incredible hunting opportunities CWA provides through its Hunt Program (and Veteran Hunt Program and Becoming an Outdoors-Woman).

Stedman has become an avid duck hunter over the past four years, and as an Air Force veteran, there were extra opportunities open to him, so he applied and won a Nov. 16 hunt at CWA’s Grizzly Ranch in the Suisun Marsh in its dedicated veteran/mobility-impaired blind. His regular hunting partner wasn’t available that day, so he invited his fiancée’s good friend Tyra Jackson, who has hunted deer, turkey, dove and quail, but never ducks.

When morning arrived, Stedman and Jackson set out in the blind, a wheelchair-accessible floating blind that can be moved virtually anywhere in the pond.

“The birds were flying pretty well,” Jackson recalled, and the first two that came in range after shoot time were a pair of mallards.

“They were behind us,” Stedman said, so he called them and they turned back. He shot the drake, and Jackson shot the hen.

The drake was belly-up, and as Stedman approached, he could see from 15 yards away that duck was banded. “It was all shiny,” Stedman recalls. “I grabbed him and started jumping around like a little kid – it was pretty exciting!” It was his first band.

But there was a problem: Stedman couldn’t find the hen. He searched and searched, and eventually came back to the blind. This being November, the flight slowed to a crawl, and he would get only one more bird, a green-winged teal. Periodically, he would go out and search for that hen.

When they decided to pack it up after three hours, Stedman had a hunch. “I said, ‘I’m gonna look in the weirdest spot.’ I went 80 or 90 yards from blind, out of the water.

From afar, Jackson could see him pumping his fist, but she didn’t know why.

“She thought I shot it, but I was like super positive that was her bird,” he recalled.

“Are you positive you didn’t shoot that duck?” he asked.

“I think I did,” she answered.

It was her first duck ever. And it was banded.

Jackson said they were both shocked. “How did we just shoot a banded duck each?”

In this case, there's more to the story: The bands on these ducks were just eight numbers apart, which likely meant they were banded together. CWA staffers did some research and it turned out they had been banded by kids attending youth camps this summer at Grizzly Ranch.

The birds were from CWA's Egg Salvage Program, which works with volunteers and partners to rescue imperiled duck nests from farm fields, incubate the eggs, rear the ducklings for five weeks then release them back into the wild. Birds are released throughout the state, and a limited number are brought to Grizzly Ranch for summer camp banding.

The fact that Stedman and Jackson got two of them together is pretty unusual.

And to think it all came about because of an Instagram post Stedman saw from one of CWA’s duck banders!

While the band was a huge treat for Jackson, she would have been hooked on duck hunting even without it. With deer hunting, she said, you can go days without seeing a deer. “With ducks, though, you’re seeing them all around,” she said. “I felt I’ve gotta be on all the time. It was exciting for sure.”

And now she knows an organization that can help her get into duck hunting, with plenty of mentored hunting opportunities.

And Stedman was pretty excited to hunt Grizzly Ranch. “That property was amazing,” he said. He loved the incredible view from the ranch’s iconic clubhouse. “It’s super cool. I’m gonna get my nephew in the youth program.” 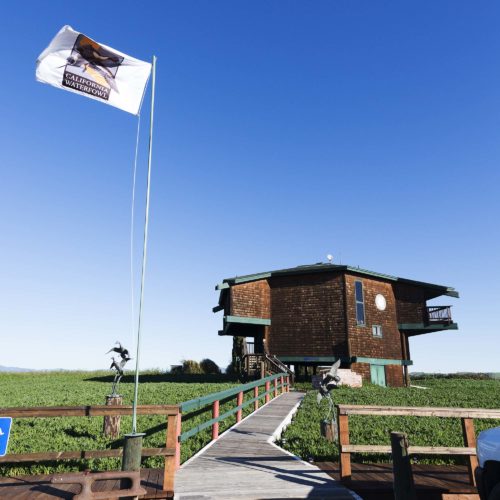