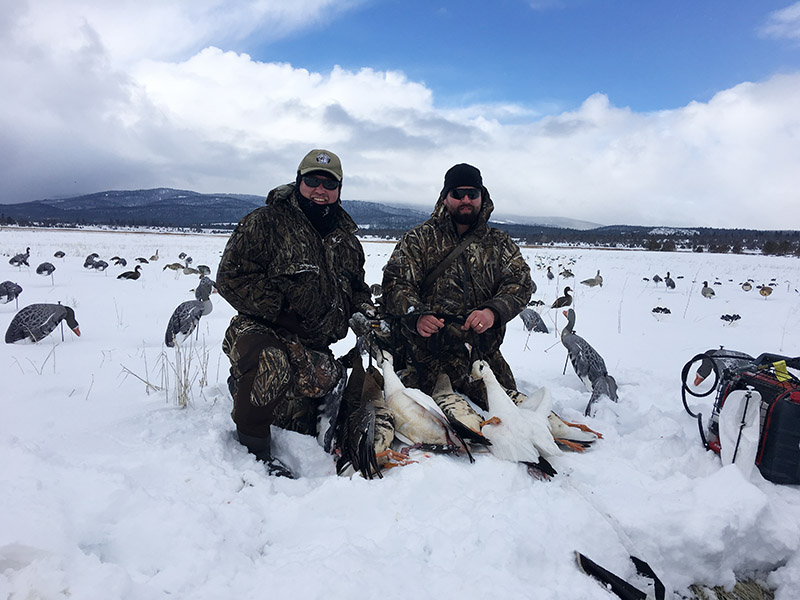 Dispatches from the Veteran Hunt Program: Lookout for falling snows!

The temperature was a bone-chilling 20 degrees, and the strong northwest wind made it feel more like minus 20 as we loaded up for our late-season goose season hunt earlier this month at the 10,000-acre Lookout Ranch in Northeastern California. We added extra layers of clothes and gear while downing hot mugs of coffee as we waited until the last minute to head out to the pit blinds.

Any veteran service member can tell you, “No plan survives the first enemy contact,” and truer words about this hunt could not be spoken!

As we walked behind the four-wheeler carrying all of our gear, it had no more than passed the cattle gate when it broke through the crust of snow and buried itself in the slush and field mud. All four of us pushed and pulled in a valiant effort to get out of the bog and, when it finally broke free, the route on “the high part of the field” proved no better.

We quickly buried the UTV there and abandoned all efforts to use it. That meant one thing: We would now be carrying all our gear to the pit blinds, which proved to be quite a demanding task. With every step, we broke through the crisp layer of accumulated ice and snow, resulting in herculean efforts to trudge across the frozen tundra to our pit blinds. 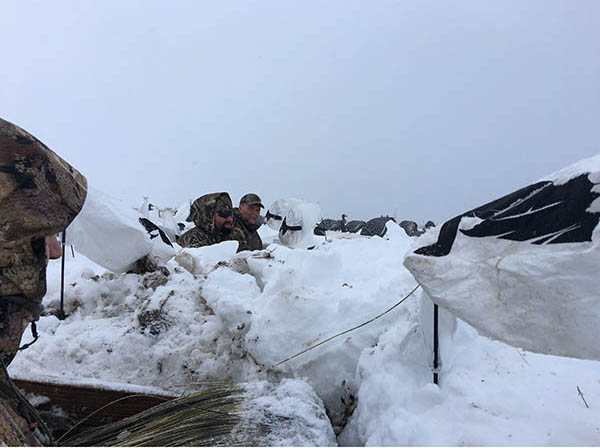 The snow and speck decoy socks, all 1,500 of them, had accumulated snow and ice with most buried in over a foot of powder that had to be cleared off. The pit blind was not GPS marked, so finding that under the foot of snow took more valuable time. Then, when one member of the party climbed into the pit without waders, he sunk in the snow and discovered hidden ice-cold water that soaked him up to his knees.

Boy, this was going to be fun! Soon!

Shoot time was almost upon us as we quickly repositioned our decoys, dug out the blind, re-adjusted the shooters with and without waders then settled in for the hunt. There were plenty of birds around, but wheat field, buried under two feet of snow, wasn’t holding the same attraction as the open-water rice fields a couple hundred yards away.

When one of our group decided to dig out more of the decoys, he attempted to unload his gun – safety is paramount! – but ended up double feeding a shell in the breach. While he tried to fix it, with his gun now no longer operational, that of course was the exact time two snow geese decided to visit our spread, soon followed by a pair of specks.

Lesson learned. Never, ever, EVER take your shotgun apart in the blind, as parts are apt to fly in multiple directions and, if they land in the deep snow, your chances of recovering from that are slim. Fortunately, we were able to put the gun back to together and continue with the hunt. Two snows and two specks concluded the morning hunt and it was time for hot coffee, sandwiches and a warm-up before starting back in the afternoon. 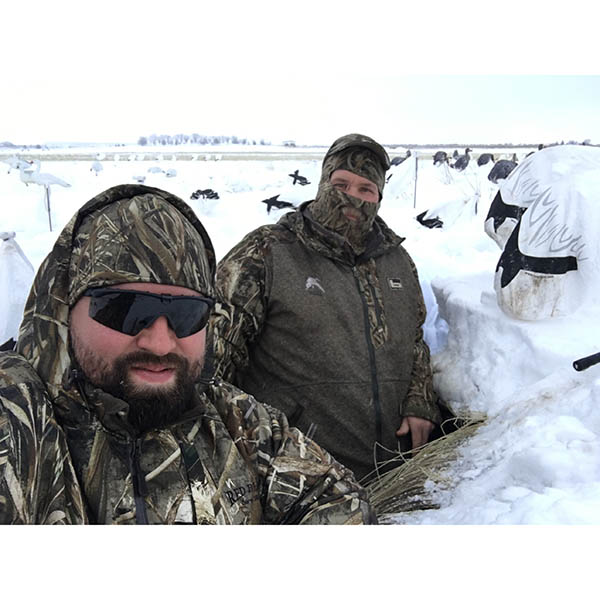 We changed the game plan in the afternoon. Two hunters went back to the pit blind while three went out to the rice and set up where the geese seemed to want to go. This plan quickly paid dividends as it had warmed up since the morning, the geese were moving and, as they transitioned from the water to the fields, we had some excellent decoying birds at both locations.

As luck would have it, the two in the pit blinds had snow geese give them a look and they were able to take a pair of blue morphs from the snows and multiple specks. The rice hunters also had great luck, harvesting 11 specks from their locations. Overall, the late-season goose hunt totaled just under 30 geese, with five hunters and 10 frozen feet. 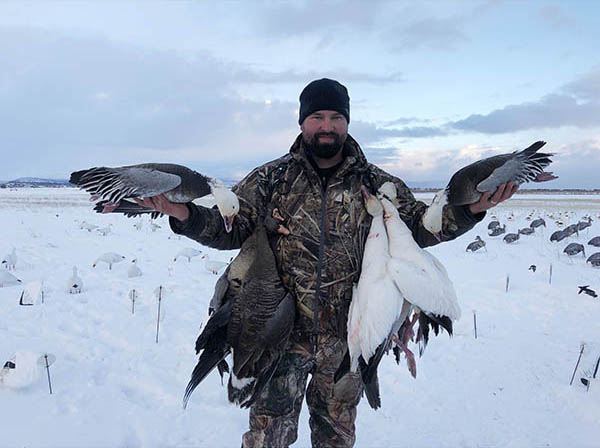 The Lookout Ranch can best be described as world class, both in habitat and in graciousness. For California Waterfowl to be able to provide this hunt for our veterans was truly an exceptional opportunity.

Thanks to the Lookout Ranch for hosting this veteran hunt!

California Waterfowl is proud to offer a wide variety of hunting and fishing trips to military veterans for free. To learn more, please visit our Veteran Hunt Program page. If you’d like to donate a hunt or fishing trip, please sign up here or contact Mike Peeters at mpeeters@calwaterfowl.org.