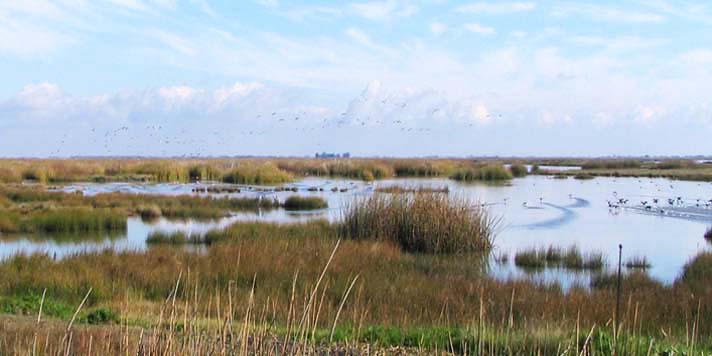 After several meetings between California Waterfowl and the California Department of Finance, changes have been made to the governor’s proposed 2021-22 state budget that would keep $819,000 of cigarette tax monies earmarked for “waterfowl” conservation purposes available for operating and maintening of Department of Fish and Wildlife (DFW) lands, including its State Wildlife Areas.

These “waterfowl” monies had previously been used by the state Department of Parks and Recreation for bird-related projects that didn’t necessarily benefit ducks and geese. CWA argued this was a misuse of those funds, which, when the cigarette tax was originally passed in 1988 via Proposition 99, were solely intended for DFW and its traditional waterfowl habitat programs.

Many state wildlife areas remain underfunded and understaffed, which inhibits the ability of DFW to optimize their value for wintering and breeding waterfowl. It also can negatively impact public hunting opportunities by requiring the delaying of wetland flooding, for example.

On a related note, last week DFW released the findings of its Service Based Budgeting report, which has documented something that we knew all along: that the department is woefully underfunded to provide the services it is responsible for, including the critical missions of law enforcement, habitat and conservation, and public use and enjoyment (e.g. hunting and fishing programs). Below is a graphical representation of the eight service areas identified by the department that were broken down into 2,800+ discreet tasks, and the level of “gap to mission” in each of those categories. 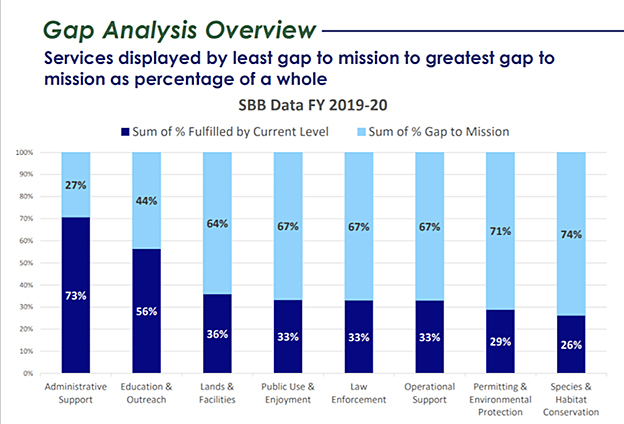 CWA and many of our conservation partners have been engaged throughout this process from its inception to the report release. We have advocated that the Legislature hold a special hearing to delve into the report and its findings, and have urged the administration to put a plan on the table to close the structural imbalance within the department. We are encouraged by comments from DFW Director Chuck Bonham that increases in user fees are not the solution to solving this problem. California already has some of the highest-cost licenses and validations in the nation, and while sportsmen and women are willing to do their fair share, the department is the steward for numerous Public Trust values that should be paid for by all Californians. CWA will continue to monitor this situation and will provide updates as it moves forward.