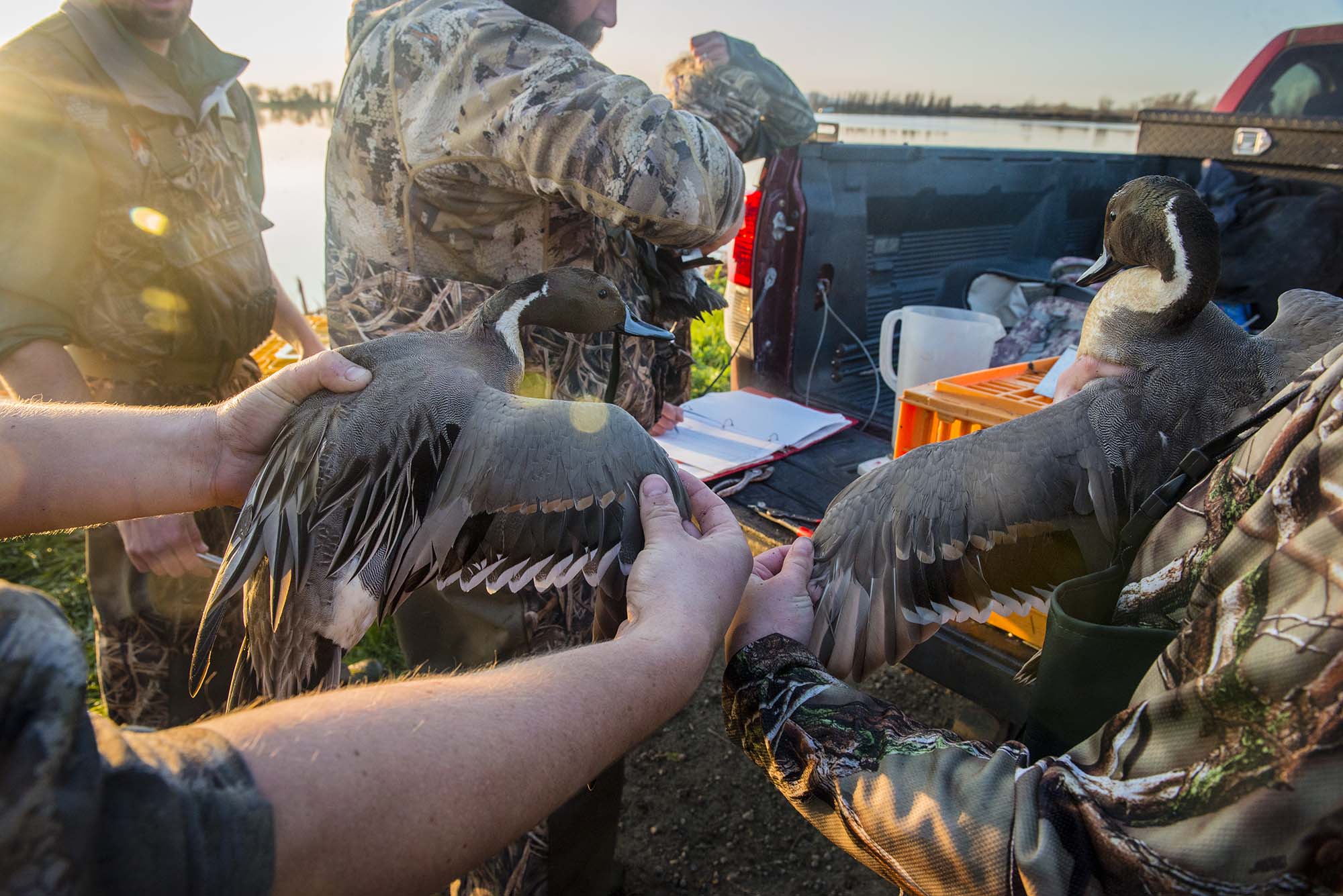 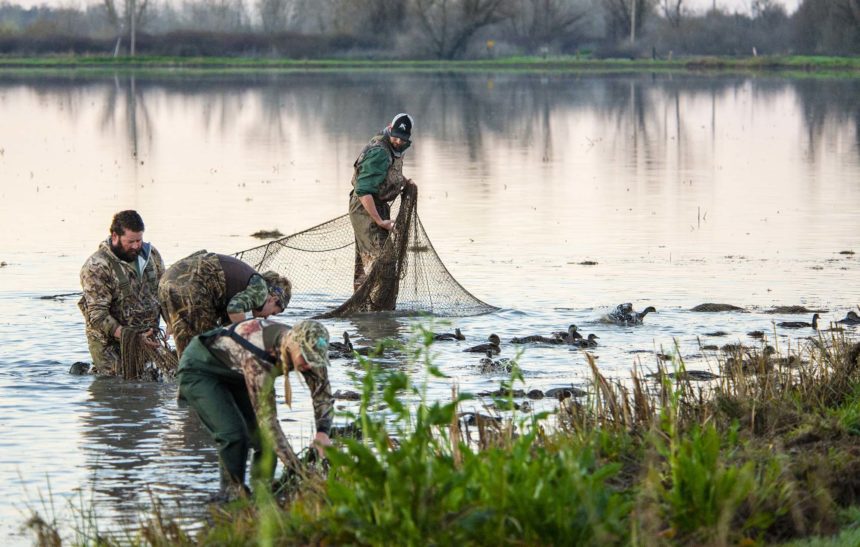 CWA biologists pull birds from the nets during a successful rocket-netting operation. They examined the birds, drew blood samples from some, took measurements to determine body condition, then banded and released the ducks. PHOTO BY ANDREW CREASEY

It was a record-breaking post-season pintail banding year for California Waterfowl in the Sacramento Valley.

In fact, "record-breaking" doesn't quite capture the magnitude of this event. We took our previous high of pintails banded after duck season, and we shattered it: Prior to 2018, the most pintail we banded in a season was 1,275, back in 2007. This year? We banded 2,656. That's double our previous high, with room to spare.

"This year was an extraordinary one for pintail trapping," said Waterfowl Programs Supervisor Caroline Brady. 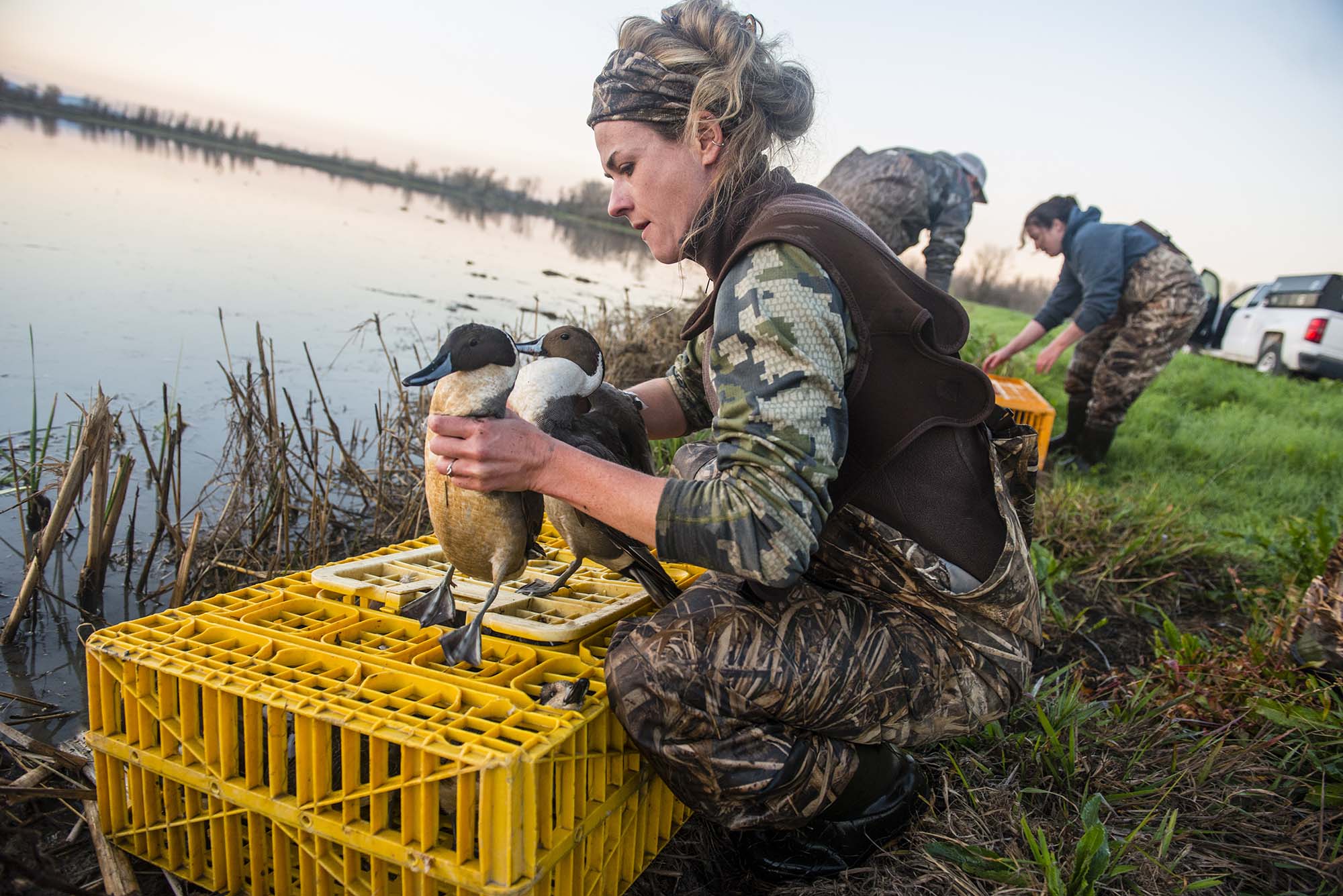 "It’s uncommon to trap so many birds in the same locations, which were literally next to each other, without encountering lots of recaptures – birds you caught and banded that season," she said. "Two sites had six capture events EACH; at one site alone we caught 1,017 pintails!

"It is also uncommon to shoot a rocket net twice in one day – I have never done that before," Brady said. "On top of that we shot nets on 16 different occasions, and at one point shot nets seven days in a row. That is crazy."

The post-season banding, which took place in February and March, helps provide population data that can be used to inform development of seasons and bag limits that maximize hunting opportunity without endangering the overall health of the pintail population. California Waterfowl is currently seeking to liberalize pintail limits to the extent it would be prudent, given all available data. (See related story.)

Pintail banding will now take a break until September, when it picks up again in the Sacramento Valley and continues until about a week before the hunting season opens there.