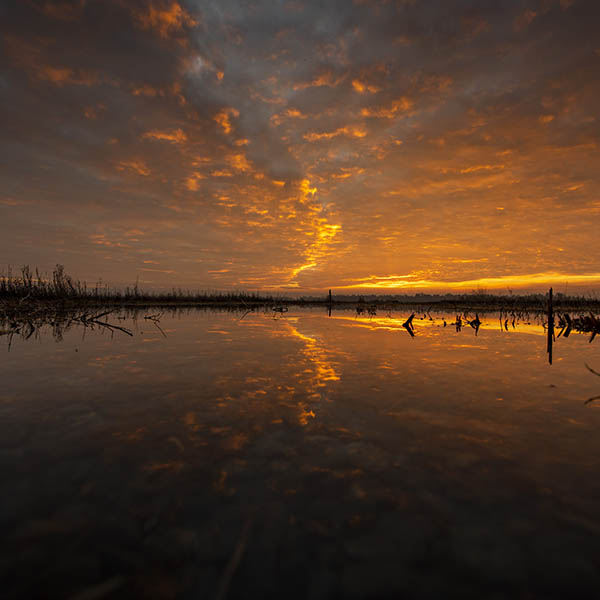 Here’s an update on wetland work in the Suisun Marsh and Tulare Basin.

At Grizzly Island Wildlife Area, biologists have started restoring more than 475 acres of waterfowl nesting habitat in two locations at the popular state property in Suisun Marsh. They also improved and expanded a nearby brood pond, which will increase the number of acres of nesting habitat. 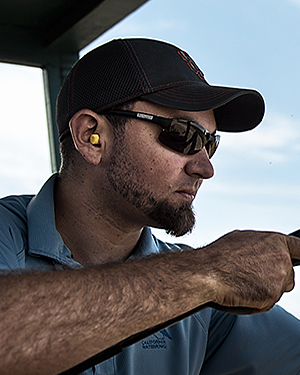 “Everyone who hunted blinds near the pond noticed the decline in the number of ducks and realized how important that sanctuary is on Grizzly Island,” he said. “We expect to see more ducks and better hunting there in future seasons.”

The new Crescent Family Unit on Grizzly Island recently opened to hunting. CWA has since dramatically improved the water-delivery system as well as ponds and swales. All of the 200-acre unit now can be flooded.

“It was a complete overhaul,” said Eddings. “We’re finishing most of the work over the summer and should be done before duck season.”

Hunters at Grizzly Island will also notice the phragmites eradication work. These plants are nonnative and use water and space that could be used to grow native plants that are useful to waterfowl. Of the 5,500 acres of flooded habitat there, phragmites have taken over about 2,000 acres, said biologists. While there will be fewer places for free-roam hunters to hide without the tall invasive plants, hunters will notice much more productive wetlands and more waterfowl on the landscape in future years.

One other unit at Grizzly Island got a lot of attention recently as well: the Joice Island Unit. The unit had been a premier mallard hotspot in past hunting seasons. Damage from another wildfire and years of neglect took its toll. Now, biologists have rebuilt water-control structures, graded units, and filled, as well as added swales, to a 400-acre pond.

Farther south, at CWA’s Goose Lake property in the Tulare Basin, biologists created a new hunting area at the 600-acre Badger Almond Unit. This fall and winter, a 190-acre section will be flooded at Badger for hunting. 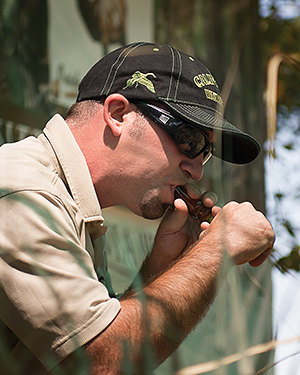 CWA is planning its first waterfowl hunt there this season. “We are very excited to offer additional waterfowl hunting opportunities at Goose Lake,” said Jeff Smith, CWA’s hunting and education programs supervisor. “It has been a goal of ours since acquiring the property.”

It most likely will be a free-roam hunt this year, and blinds are expected on the property for the 2022-23 season, when it will be at its full potential. Check our Hunt Program page for updates on the Badger Almond hunts.

At the Houchin Unit of Goose Lake, The Nature Conservancy has offered again to flood wetlands there for migrating waterbirds later this summer and early fall. TNC also sent water to the property in 2020.

Also, at Goose Lake, biologists submitted a grant to install a large solar array. If built, they would offset water costs and let CWA increase the amount of flooded habitat.