(Originally published in the Winter 2018 issue of California Waterfowl.) 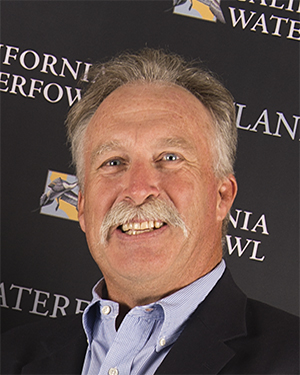 As this magazine hits your mailbox, you might be gearing up for the best part of the waterfowl season – all the migrants heading down here for the winter in huge numbers. Not so for CWA Vice President of Legislative Affairs and Public Policy Mark Hennelly: He’ll be in Washington, D.C., meeting with the U.S. Fish and Wildlife Service, the Department of Interior and Congressional staff about pintail regulations.

Yes, we’re all enjoying the extra sprig we’re allowed in the bag this season. But we can do better.

An ever-growing body of research tells us that the current regime of restrictive limits is doing nothing to restore pintail populations to their 1970s glory. The evidence – including two new studies released this fall – suggests hunter harvest isn’t holding this species back; it’s changes in farming practices in Canada. No-till farming encourages pintails to nest in farm fields, where agricultural activity leads to lower nest success rates than in natural habitat.

This would be huge for California hunters, because pintails are the most abundant duck species in our skies each winter, making a limit of one a real sore spot. So California Waterfowl is leading the charge to realign North American pintail harvest regulations with current realities, what I refer to as the “new normal.”

We have been urging the Pacific Flyway Council to revise the model that uses current population data to determine pintail limits and season lengths each year. Under the current model, it’s virtually impossible to raise pintail limits over two, given that breeding ground habitat is holding back population numbers.

The Pacific Flyway Study Committee has begun working on a plan to develop a new harvest management strategy that reflects current research, with regular input from CWA Waterfowl Programs Supervisor Caroline Brady. When that is done, the committee will seek the support of the other flyways and the Harvest Management Working Group, and ultimately present the model to the U.S. Fish and Wildlife Service Regulations Committee for adoption. A new model would likely support pintail limits of at least three per day, but it could be several years before we see results – science takes time.

When Mark Hennelly is in Washington meeting with various agencies, he’ll be going over pintail adaptive harvest management revision and emphasizing the need to complete the process as quickly as possible. He’ll also be reminding them of the importance of pintail to California hunters, and its potential impact on hunter recruitment and retention.

Looking forward: The pintail dilemma is one of the many threats to keeping waterfowl hunting strong in California. Increased urbanization, lack of water to support wildlife, and misperceptions of hunting due to ignorance all threaten what we love – waterfowl hunting and conservation.

The one thing I ask all CWA members to do is to actively participate and support CWA’s efforts with waterfowl, wetlands, hunting, education and advocacy. With your help, our children and grandchildren will enjoy life in the field as we do today.

See you in the marsh!