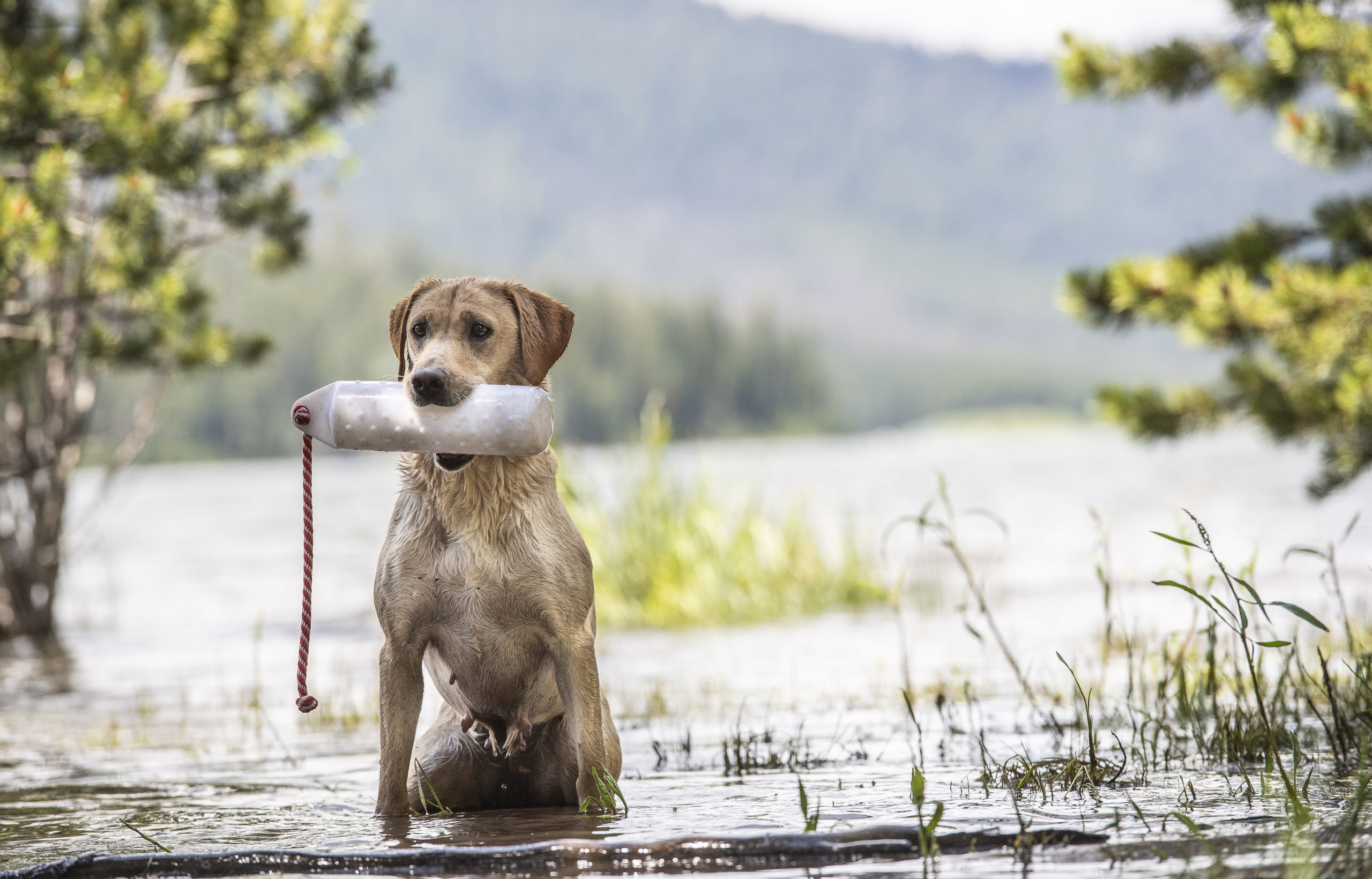 CANINE CORNER: Your best season ever 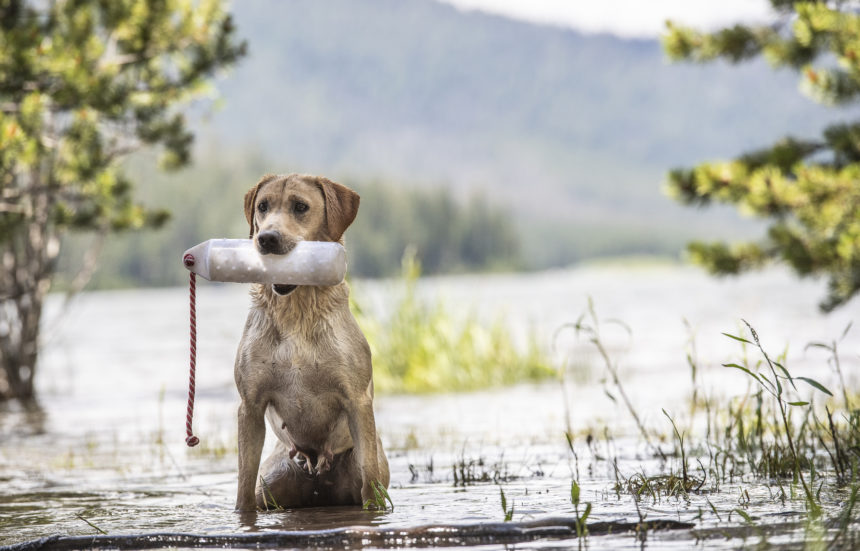 Season really is just around the corner. Now’s the time to work on some of those things you saw last season that didn’t quite go as well as you hoped. PHOTO BY TED WELLS @twellsimage

Ah, the summer months. Where longer daylight hours mean more time to get things done, especially when it comes to getting our retrievers tuned back up. And I promise, we all have some work to do.

If you are seriously into training, then you’ll likely notice this kind of evolution during the hunting season. Things start off great, but the reality is, the more you hunt the more uncontrolled situations present themselves, and you watch your training slowly unravel. Now, this is not all bad! After all, you have a hunting dog and sometimes we need the dog to, well, hunt to be successful. I will give you an example from my past season.

My boy Clyde is a special dog and is one of my go-to dogs, especially when we are hunting with a big group of people. Clyde is an absolute machine. Steady as a rock, huge motor and very under control as his Hunting Retriever Champion and Master Hunter titles would tell you. But there was one big volley of teal with about a week left in the season that took a toll on our training. When 50 teal try to sit on the decoys with seven, very sharp shooters in the blind, things get Western real quick.

Clyde and I focused on the four crippled birds that were all swimming away from us in this large flooded field. I sent Clyde on the first one with no problem. He was disciplined as he took his line past the dead birds in the decoys and with just one angled back cast, was able to pick up the first bird. Once back with that bird, we went after the next.

Now, this bird had a lot of life left in him. Once Clyde got to him, he took him on a mega-chase that ended in a big thicket where Clyde crashed and chased that diving bird everywhere. As a handler in this situation, I can’t handle because I can’t see him. I need him to hunt, so all I can do is sit back.

A few minutes later, a proud yellow dog comes out with the bird. The next bird made its way to the same type of thicket. I pointed Clyde in that direction and sent him with, “Back!” and off he went. He took a great line and as he got to that thicket, I saw his body language change as his confidence grew. Clyde knew that he was in the right spot. I saw the bird go farther back than where he was, so I gave him a whistle. His head snapped around as if he caught scent in the thicket but looked unsure. I was sure it was farther back, so I gave him another whistle. Again, when the whistle sounded, his head snapped, and I knew he had the bird. A couple minutes later, out of the thicket he comes, again with bird in mouth.

Everyone in the blind was raving over these two retrieves, and, to be honest, so was I. It was fun to watch! But in my mind, I was fighting with myself. The hunter in me was thinking, he’s a hunter and did exactly what he needed to. Obviously, he knew where the bird was and as it turns out, I did not. The trainer in me was a little frustrated he blew off those two whistles, but we got the bird quickly and efficiently, so we were all happy.

Now, for bird No. 4. I lined him up and again sent him on “Back.” He hit the water hard as he always does, but as he started to swim, I saw a different body language. His head was up looking and scenting, trying to find the bird. This bird was a long way off, so I whistled and he blew me off. I bet he was thinking: I was successful the last two times doing this, so I am doing this one on my own, too.

My next whistle was a longer-blown blast. My dogs know a long blast means I am not real pleased. He reluctantly turned. I gave him a back-right cast and to my surprise, he looked to the right and looked back at me as if he were questioning if I were right! I fought him all the way to the bird. I proceeded to see this come up a couple more times in his last couple hunts of the year. To that point, I had never seen him do anything like this.

As you can see, you are not alone in having to tune up each year. I promise, even the best dogs need to be tuned up in one area or another each year. Also, this story shows that the time is right to brush up on training for hunts months from now. The first thing Clyde and I will do this summer? Whistle sits. If I don’t, we’ll likely see things snowball into much bigger issues later on.

Summer training is the opportunity to set yourself and your dog up for your best season ever. Identify the points you and your dog need to work on, and get at it. The weather is beautiful to be outside and train. However, while that weather is great for us, it’s potentially devastating for our dogs. Many of these dogs are so driven, they will literally go until they drop. This is where you need to step in and limit the workload before it becomes an issue.

Do short training sessions that focus on one thing rather than long sessions. Quality over quantity. Also, the time of day you train can be very important. We do almost all of our summer training in the early mornings. It is the coolest part of the day. And don’t think because you are doing water work, the dog is safe from the heat. Dogs can overheat in the water, especially in small, shallow bodies of water that heat up quickly.

Lastly, think of your travel. Many of us travel with our dogs, and we need to keep the weather in mind for their travel as well. Always try to park in the shade rather than in direct sunlight. If your dogs are in crates, put fans on them to keep them cool and always have plenty of drinking water on hand. Staying cool is the name of the game this time of year. The heat is nothing to mess around with.

Remember, season is only a few short months away. Let’s put the work in now so we can enjoy those special months and look forward to our best season ever.

ABOUT THE AUTHOR: Josh Miller is the field specialist for SportDOG® Brand, and owner of River Stone Kennels. He has more than 13 years of training experience, has numerous successes in AKC/HRC tests and field trials.