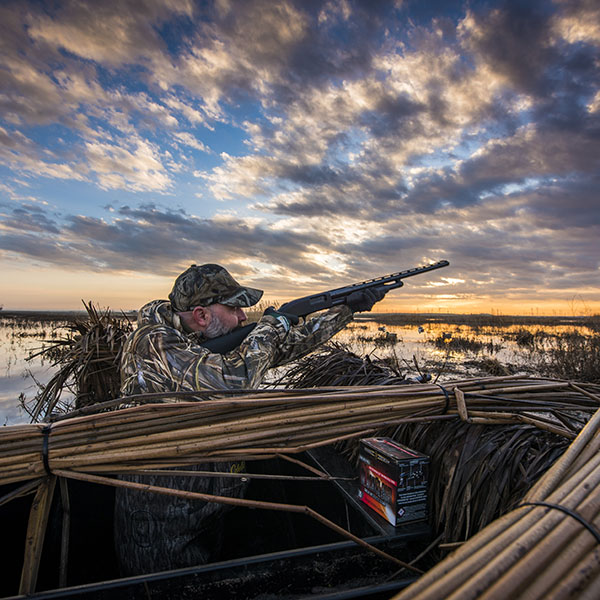 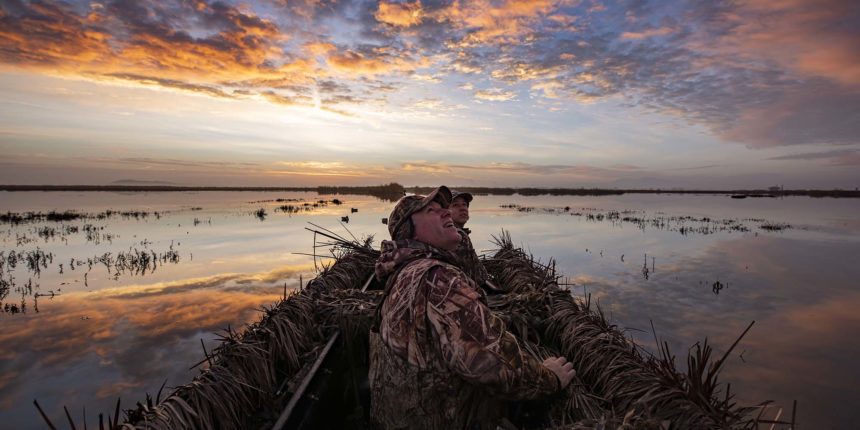 California's waterfowl hunters will enjoy an extra five days of hunting in January in most of the state this coming season, thanks to the Fish and Game Commission's approval last week of a Jan. 31 closing date in the Balance of State, Southern San Joaquin Valley and Southern California zones. 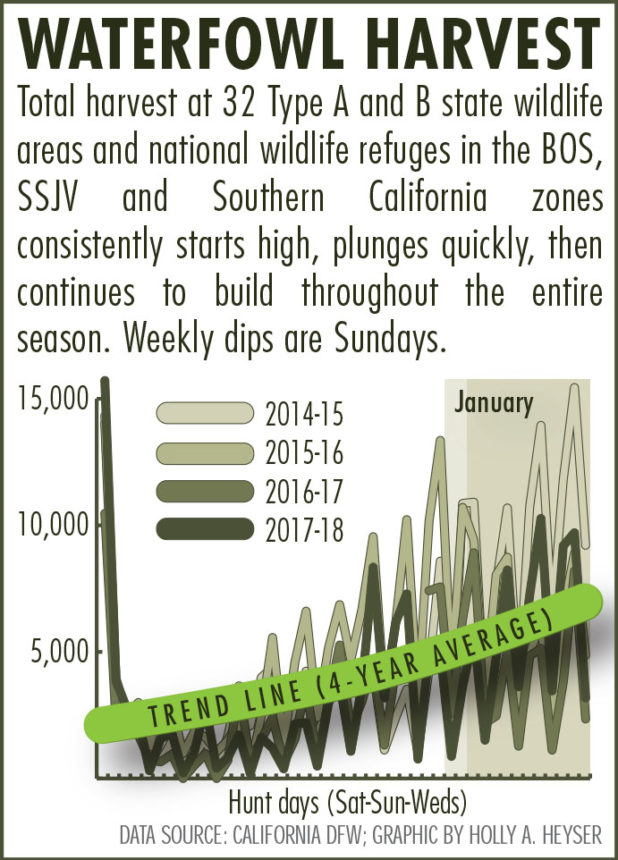 California Waterfowl fought for this change, which will add hunting opportunity during what is usually the peak of the hunting season.

This is the first year the option has been allowed by federal regulatory frameworks.

Two of those 107 days have been reserved for youth hunt weekends in each zone, leaving 105 possible hunt days for all hunters.

In California, only the Northeastern Zone has used all 105 days for ducks and geese. Because it usually starts duck season the first or second Saturday in October, it has been able to use the full allotment without going past the last Sunday in January.

But Balance of State, Southern San Joaquin Valley and Southern California have been allowed just 100 days of duck hunting (86 for scaup), ending on the last Sunday in January.

Now, hunters will enjoy 105 days of duck AND goose hunting in those zones in 2019-20, and youth hunt weekend will be pushed back one week to provide seven days with no hunting pressure before youth hunters' big weekend.

CWA also recommended pushing the late goose season back one week in Balance of State Zone and in the Imperial County Special Management Area (Southern California zone), so it would not start on the same day as the youth hunt, but the commission could not make that change for technical reasons related to public notice requirements. (Note that the Jan. 31 closing date authorization was not announced until after California’s state regulatory process had begun.) That means the late goose season will overlap with the youth hunt weekend in those zones.

Because California’s regulations must be sent to the federal government by the end of April, there is also apparently no opportunity or time left to move the late goose season back a week, as CWA had requested.

The commission approved the Jan. 31 closing date only for the 2019-20 season, so these changes are not guaranteed for future years. In addition, the five extra duck hunt days we receive this coming season won't be possible every year. In 2020-21, for example, Jan. 31 falls on a Sunday, so barring other significant changes to season dates – e.g., starting the season earlier, or starting mid-week instead of on a Saturday – we would have only a 102-day duck season in the BOS, SSJV and SoCal zones.

In addition to the Jan. 31 duck season extension, the U.S. Fish and Wildlife Service this year authorized two hunt days just for veterans, which will not be used this coming season. These veteran hunt days would count against our 107 authorized hunt days in the Pacific Flyway, so incorporating them in the future may require taking hunting days from non-veterans.

The only other major change this season is that the pintail daily bag limit has been reduced from 2 to 1, as required by federal frameworks. California Waterfowl continues to work with federal and flyway officials to liberalize pintail limits within bounds deemed prudent by science.

NORTHEASTERN ZONE: No changes (this zone was already using all 105 days of duck hunting)

COLORADO RIVER ZONE: No changes because this season has to match Arizona seasons on the other side of the river. This means Youth Hunt Weekend will be Feb. 1-2.

See complete season dates and bag limits here. An easy-to-read chart detailing both waterfowl and upland seasons and bag limits, as well as shoot times, will appear in the Fall issue of California Waterfowl, the quarterly magazine mailed to CWA members (click here for information about joining).