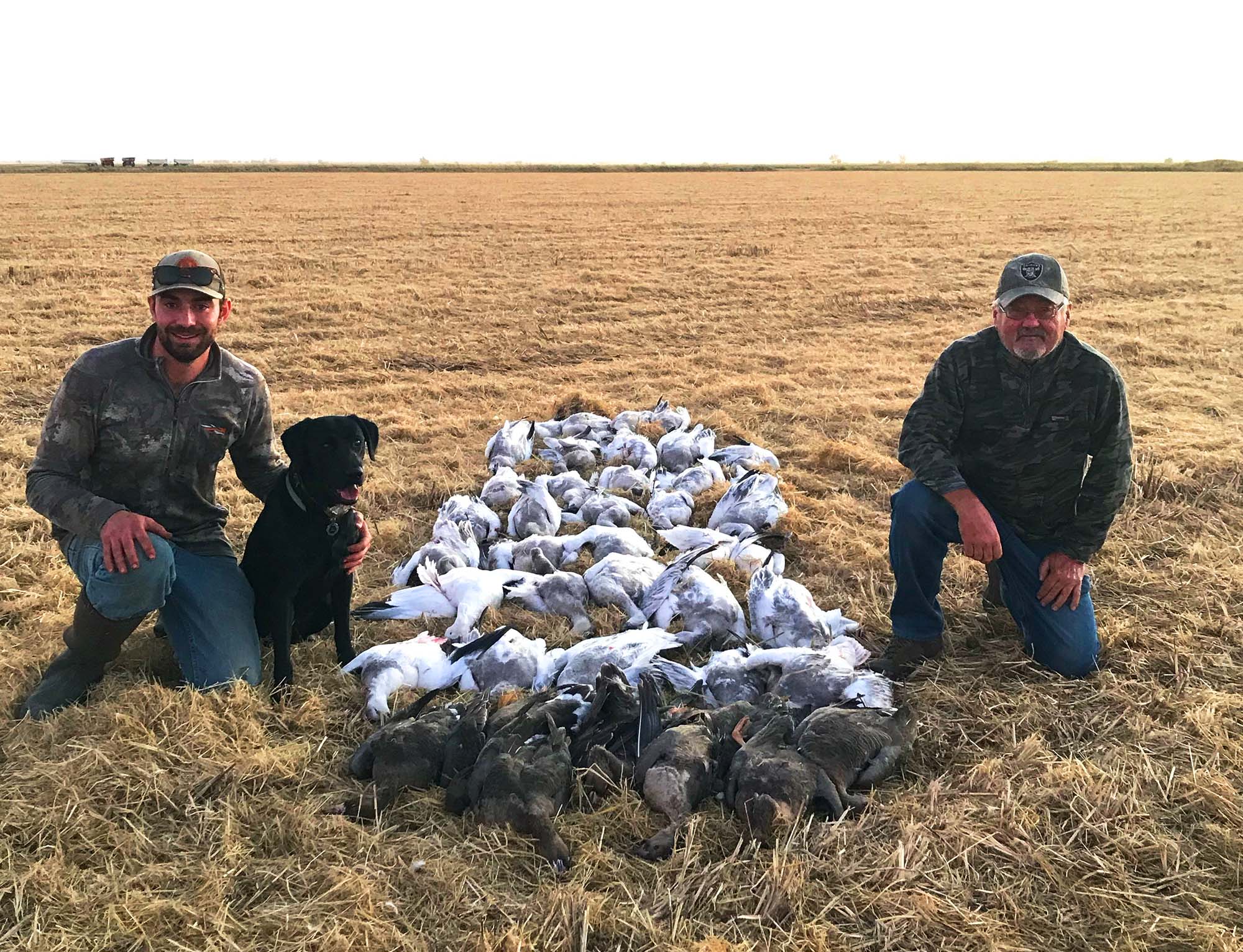 An early snow fall - dispatches from the Veteran Hunt Program 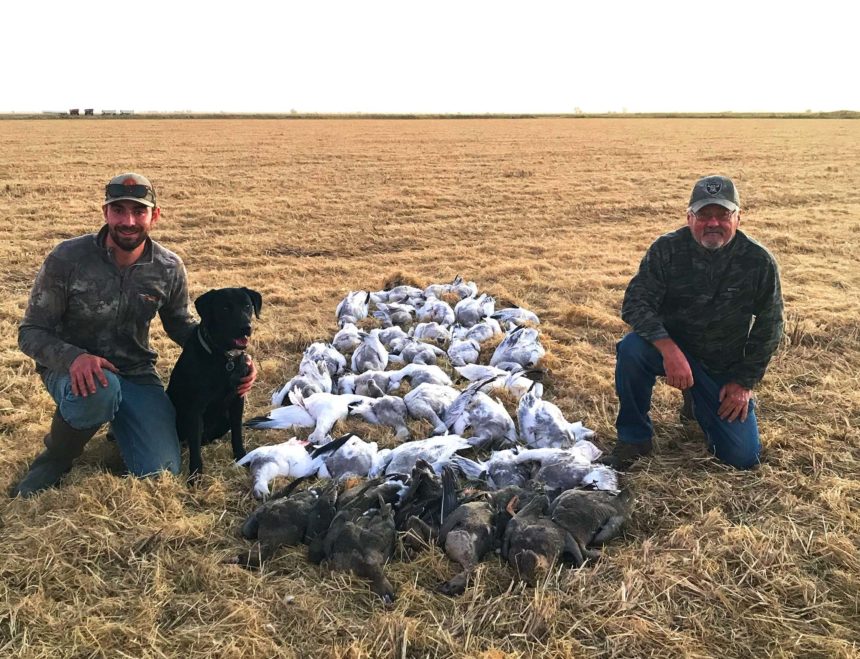 A last-minute phone call from CWA about a Veteran Hunt opportunity was exactly the call Gary Wyhs, a Vietnam Veteran was hoping to get.

Unfortunately, he wasn’t sure he could make the hunt, so he had to decline the offer. But after hanging up the phone, he reconsidered, then rearranged his schedule and called back to confirm he would be able to make it the next day.

Gary met up with two Veteran Hunt volunteer guides just north of the Sacramento National Wildlife Refuge at 4 a.m. and drove over to the cut rice fields in anticipation of some goose action. After setting out 400 wind socks and full-body decoys, they all settled into their layout blinds to await shooting time.

A steady breeze greeted the crew and the calls of geese filled the early morning air as a large influx of snows had arrived in the Sacramento Valley. It wouldn’t be long before they began to move from their water roost to the freshly cut rice fields.

“Get down, here they come” was the first command of the day as the shrill call of snows filled the morning air. The first snow hit the brakes, eyes on the decoys, and worked its way into the decoys. At 20 yards, Gary rose out of his layout blind and dropped the first goose of the day.

It was such a picture-perfect start to the day, he said, that if he didn’t kill any more geese, it would still be the best snow goose hunt he had been on in decades.

That statement would not be tested.

Throughout the rest of the morning, flock after flock of snows worked the decoys and the team took turns shooting as the birds decoyed into the spread. The snowstorm began to slow down around 10 a.m. and the hunters were fortunate to have some groups of specks visit the spread, shooting a couple of them as they were fooled by the set-up.

The snow fall stopped from 11 a.m. to 4 p.m., and then picked up again with a flurry of birds decoying, working and providing “feet down in the decoys” shooting. A flock of 12 specks tried to get an early meal and the crew dropped five out of 12 to get them to eight total, one short of a limit.

Finally, with about five minutes left of shooting time, they decided to take some pictures and began to pick up the decoys. All of the hunters unloaded their guns and one of the guides was walking out to the edge of the decoys when suddenly he shouted, “Here comes one!”

Gary, the only hunter with one shell in his hand, re-loaded his gun and when the Ross’s goose was at 15 yards, he dropped it.

“Mike, it was the perfect hunt,” Gary told me. “Those volunteers were simply great. They let me shoot the geese first, the geese were feet down in the decoys, and it was such a pleasure to have hunted with them!

“Every year I pay for a guided hunt and it is kind of a mad house. This was simply a once-in-a-lifetime hunt!”

To Gary and all our veterans, we hope we have more days afield like this one to enjoy.

Learn more about California Waterfowl's Veteran Hunt Program here. If you'd like to donate a hunt for veterans, or for anyone else, please click here.