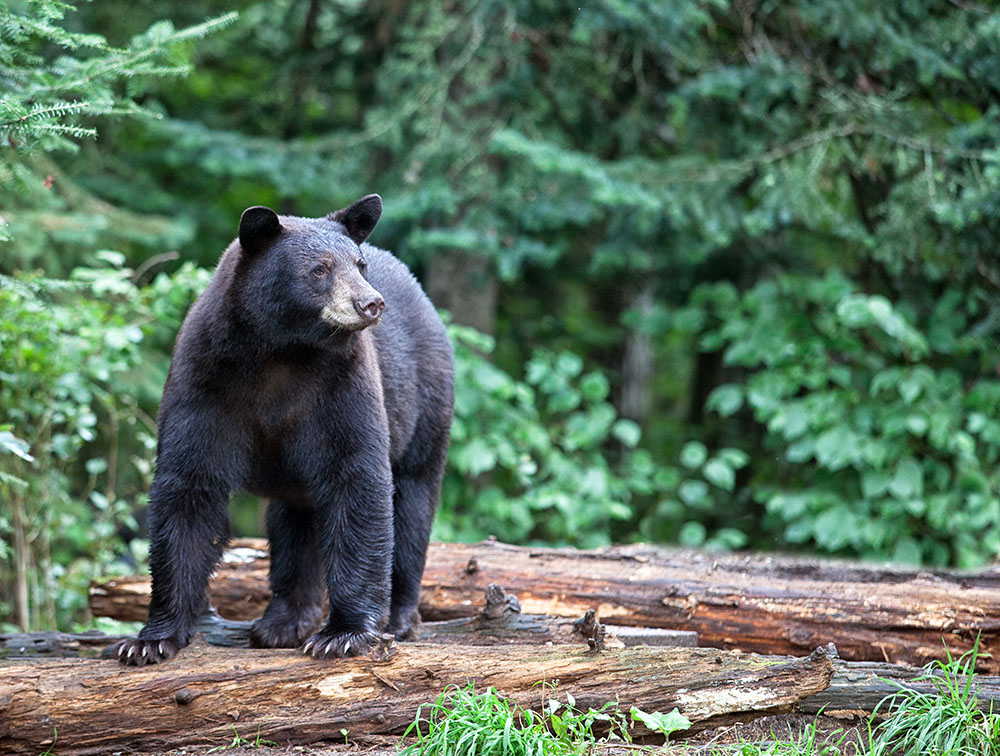 Advocacy: What to expect from Sacramento and D.C. in 2021 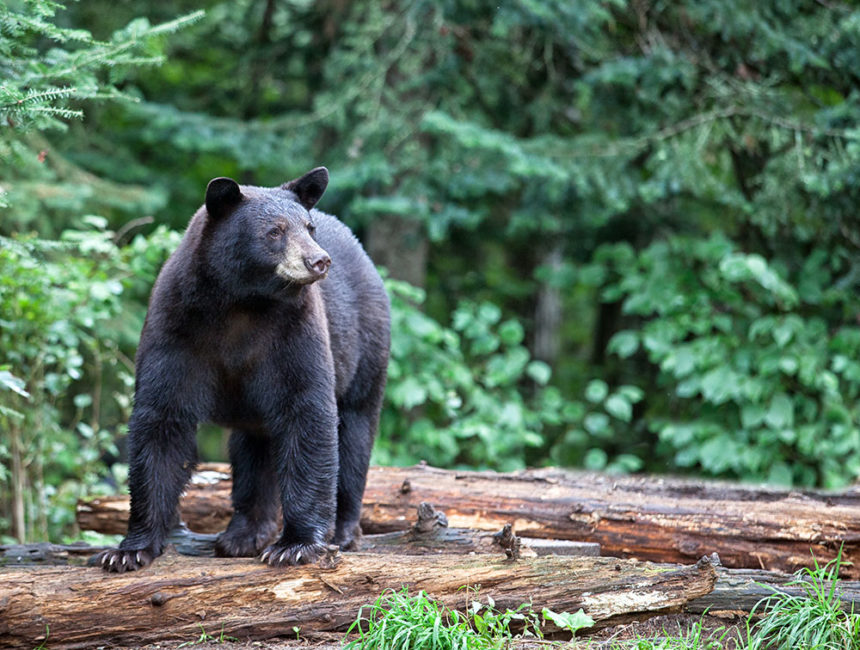 Animal rights activists have made it clear that they want to ban bear hunting in California. Photo by iStock/Lynn_Bystrom

(Originally published in the Spring 2021 issue of California Waterfowl)

For the first time since 2011, both the U.S. Congress and White House will be controlled by the Democratic Party. That, along with continued Democratic control at the state Capitol in Sacramento, will bring certain challenges for California sportsmen and women over the next two years. But it will also offer opportunities that shouldn’t be ignored.

Most hunters are acutely aware that Democratic control of the state Legislature has generally led to new restrictions on both hunting and guns. In recent memory, this has included bans on the use of dogs for the pursuit of bears, bobcat hunting and trapping, as well as statewide ammunition background checks (also approved by the passage of Proposition 63).

It’s important to note, however, that this wasn’t always the case, even as recent as a decade ago. Back when the Democratic majority was smaller and the state was less urban, those members who represented rural districts made up a greater proportion of the Democratic Caucus and thus had more influence within their party. And even today, there are still a number of mostly rural Democrats who routinely vote against anti-hunting and anti-gun bills.

In addition, there has been a significant increase in state funding available for waterfowl and wetland conservation in the last 10 years through the legislative authorization of several water and park bonds (propositions 1 and 68) that were then subsequently approved by the voters. This was largely driven by the Democratic majority working in coordination with a Democratic governor.

As we all know, California today is more urbanized than ever, and voters living in or near cities tend to support the Democratic Party. Because gun violence continues to especially pervade urban and even some suburban areas, Democratic legislators representing these areas have pushed for gun control as a means of reducing it. And, in light of hunting as mostly a rural activity concentrated in Republican districts, there has been little political risk for many urban Democrats to support anti-hunting legislation.

While California Republicans have generally fought against both anti-hunting and anti-gun bills, their continued loss of seats has greatly limited their ability to do so. In fact, Democrats now enjoy supermajorities; that is, they’ve attained a two-thirds or more advantage in both houses of the state Legislature. In addition, every statewide officeholder in California is a Democrat.

But at the federal level, this dynamic is different. While a new Democratic administration takes over the executive branch, Congress is much more evenly divided. In the House of Representatives, Democrats narrowly maintained their majority by winning 222 seats versus 212 for the Republicans. In the Senate, Democrats secured the bare minimum of 50 seats for a functional majority. (Democrat Vice President Kamala Harris would vote to break any ties.)

This leaves little room for Democratic defections on controversial votes. And it must be remembered that hunting and guns are not as partisan in the U.S. Capitol as they are in California’s Capitol. A small but significant number of Democratic U.S. House members have rural or conservative-leaning districts, and many belong to the Congressional Sportsmen’s Caucus or moderate caucuses. In addition, the U.S. Senate disproportionately favors the interests of lightly populated rural states, and, for the moment, still retains a filibuster to prevent votes on select issues.

CWA is again sponsoring legislation to help fund the Nesting Bird Habitat Incentive Program, which would provide incentives to farmers and duck clubs to create or maintain vegetative cover to benefit our locally breeding mallards and pheasants.

Hunting
Animal rights activists have made it clear that they want to ban bear hunting. Sen. Scott Wiener (D-San Francisco) had introduced SB 252, the Bear Protection Act, but it was withdrawn in early February. This legislation would have banned all hunting of black bears, while exempting situations in which bears can be killed to protect human safety, public property, livestock, endangered and threatened species, and for scientific research. Hunter outcry was a factor in the bill being withdrawn, however, it could return. The bill was sponsored by the Humane Society of the United States, and it’s likely the group will find another sponsor. This follows on the heels of other recent efforts to restrict the hunting of predatory mammals, such as bobcats and coyotes.
Similarly, a bill to ban the possession of African game animals will likely be reintroduced. Legislation to do so failed last year only after time ran out at the end of the legislative session.

CWA will likely sponsor legislation to create a combination hunting and fishing license that would give more options to sportsmen and women. It also could provide additional hunting recruitment, retention and reactivation (R3) benefits. This license may include a 365-day provision so license holders could use it for an entire year after the date of purchase.

Firearms
There are always multiple bills each year at the state Capitol that seek to further regulate firearms and ammunition. Similar to last session’s SB 914, legislation will likely be reintroduced to restrict minors’ access to firearms, which may have implications for hunting and shooting participation. SB 81 (Nancy Skinner, D-Berkeley) has been introduced and appears to seek to regulate the conduct and operation of firearm dealers.
Such bills put additional mandates on dealers and often have the effect of increasing retail prices for guns and ammunition. They also can force some smaller stores out of business.

FEDERAL
Wildlife Conservation
President Joe Biden’s pick for Secretary of the Interior, Congresswoman Deb Haaland, has supported the Recovering America’s Wildlife Act, a CWA-endorsed bill that would provide funding to states for species recovery. Haaland has also been a supporter of the “30x30 goal,” which seeks to preserve 30% of our land and water by 2030. The Biden Administration’s climate plan includes the 30x30 goal.

CWA also expects the Biden Administration to revisit recently finalized regulations on implementation of the Migratory Bird Treaty Act and to take a hard look at the 2019 biological opinion for the Central Valley Project, which could have impacts on refuge water deliveries in California.

Biden will likely revoke rules put in place by the Trump Administration that modified the implementation of the Endangered Species Act, which could affect water deliveries for Lower Klamath Refuge.

Hunting
During the campaign, Biden committed to allocate funding from the Land and Water Conservation Fund to unlock at least half of the federal lands that are currently inaccessible to hunters and anglers. The passage of the Great American Outdoors Act during the last session of Congress means that the Biden Administration will have $900 million per year to help achieve this goal.

Firearms
Officials within the Biden Administration are proposing actions to further enact gun control. While many are similar to California laws, others include legislation that would restrict the purchase of firearms, including long guns, to one per month and “give states and local governments grants to require individuals to obtain a license prior to purchasing a gun.” In Congress, legislation from 2020 that will likely resurface includes HR 5717, which aimed to enact many different firearm and ammunition restrictions, including requiring a license to purchase a firearm; raising the age to 21 for purchasing long guns, including shotguns, and ammo; and removing limitations on civil liability for firearm manufacturers.

STAY TUNED
CWA works with members of both parties and a wide variety of conservation partners. Our job is to support and defend waterfowl, wetlands and hunting regardless of party or ideology. So no matter what partisan divides surface in Washington, D.C., or Sacramento in 2021, we will find ways to get results.

For links to bills, detailed letters of support or opposition explaining our position, and our press releases, click here. Sign up for action alerts about future legislation.