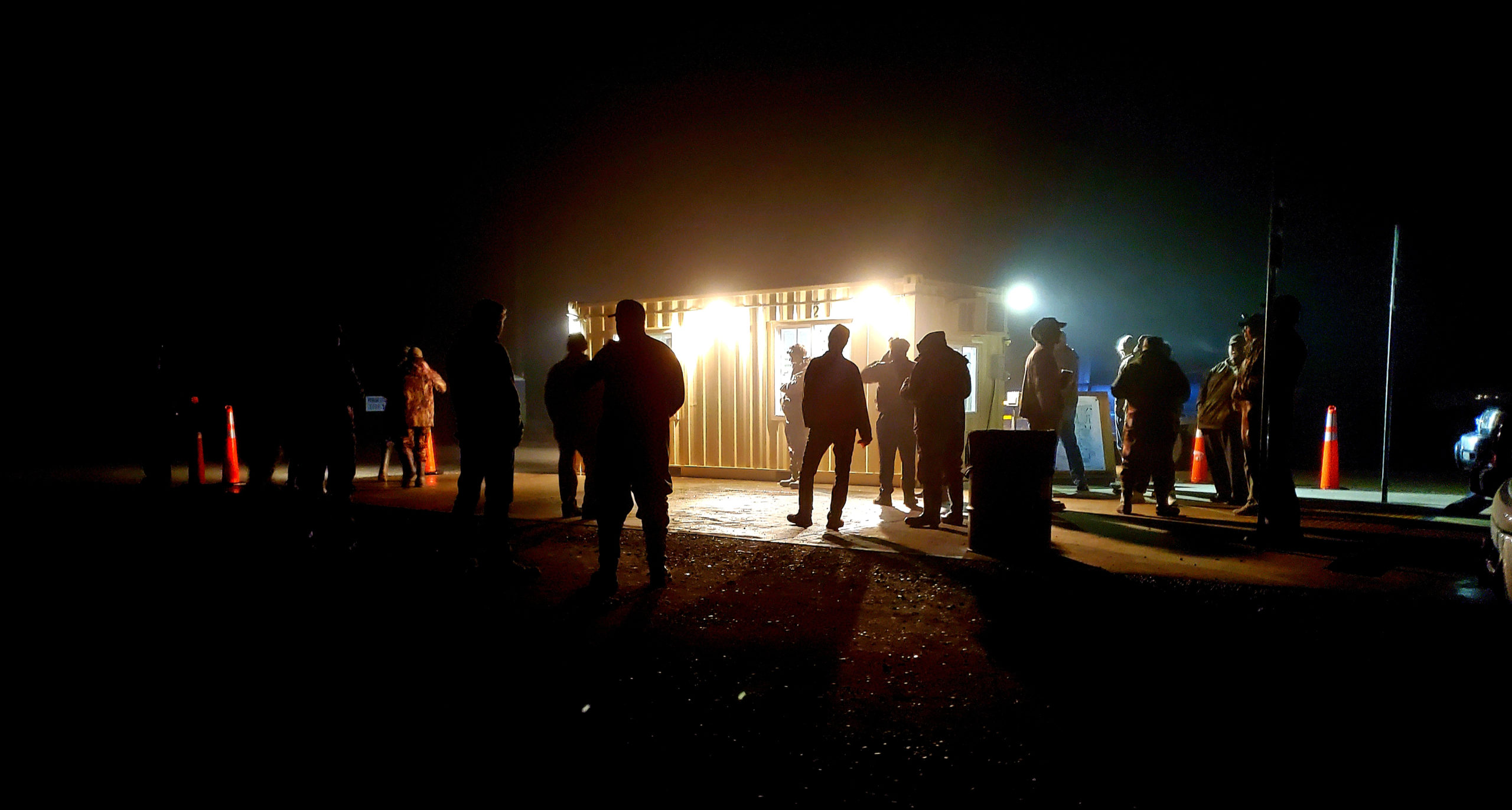 BY MARK HENNELLY, VICE PRESIDENT FOR LEGISLATIVE AFFAIRS AND PUBLIC POLICY
(Originally published in the Spring 2020 issue of California Waterfowl.)

The California Fish and Game Commission in April approved the waterfowl seasons and bag limits for 2020-21. Big changes include adding Veteran Hunt Days after the end of the regular waterfowl season and an early start for the Northeastern Zone duck season. The pintail limit will remain at one per day.

California Waterfowl staff testified in support of the new regulations, which were discussed at CWA’s Regulations and Traditions Committee meeting and board meeting in early April. In the Northeastern Zone, duck season will start Oct. 3, three weeks before the Balance of State opener. CWA supported this because it would provide more hunting opportunity early in the season when both waterfowl and hunter numbers are typically high in the Northeastern Zone. It also allows local NE Zone hunters to participate in two openers if they choose, because opening day for Oregon is Oct. 10.

CWA also supported slotting new Veteran Hunt Days after the end of the regular waterfowl season on weekends when no other hunting would occur: Jan. 16-17 in Northeastern and Feb. 13-14 in other zones, except Colorado River, which must match Arizona regulations, so it won’t have a special veteran hunt. This should help minimize conflicts with other hunting. Veteran Hunt Days will be limited to ducks only in the Northeastern and Balance of State zones because goosehunting days will be maxed out there. At this point, it’s still unclear whether Type A and B wildlife areas and refuges will be open during the Veteran Hunt Days.

The Youth Hunt in the Balance of State, Southern San Joaquin Valley, Southern California and Colorado River Zones will go back to its own weekend on Feb. 6-7. The late goose season for the Balance of State Zone will be pushed back one week and run from Feb. 20-24, which includes the Presidents’ Day holiday.

The regulations also provide falconers with three new hunting days on Feb. 10-12 after the regular season in the Balance of State, Southern San Joaquin and Southern California zones, and four days – Feb. 1-4 – in the Colorado River Zone – all when no other waterfowl hunting is occurring.

Regarding pintail, the bag limit will remain at one bird per day due to last year’s low population count in the southern part of the Prairie Pothole Region. It should also be noted that the U.S. Fish & Wildlife Service and Canadian Wildlife Service recently announced that they will not be conducting the Waterfowl Breeding Population and Habitat Survey this year, for the first time since the surveys began in 1955, due to COVID-19 concerns. Whether there will be any impacts to bag limit changes for pintail for the 2021-22 season remains unclear, although long-term data from spring and summer monitoring will be available to help make regulatory decisions. At this time, the pintail Adaptive Harvest Strategy revision process is still scheduled to be completed by 2021. Two other changes to the 2020-21 season were mandated by the Federal Framework released by the Fish & Wildlife Service. They include a reduction in the scaup limit to two birds per day and a reduction of the black brant season to 27 days.

Click here to read details about dates and bag limits, and here to learn about California Waterfowl’s ongoing efforts to raise pintail limits.

When the Legislature reconvened in May after shutting down due to COVID-19, several bills that would adversely impact hunters and other sportsmen and women were once again on the agenda. CWA is working with other hunting groups to defeat the following bills:

This bill seeks to stop certain types of legal hunting by Californians by banning the possession of parts – even meat – of certain African animals, such as African elephants, African lions, leopards, black rhinoceros, white rhinoceros, giraffes, Jentink’s duikers, plains zebras, mountain zebras, hippopotamus and striped hyenas. The law would apply to anything not in a person’s possession as of December 2020 and fines could be up to $40,000 per incident. The Legislature passed this bill in 2018, but it was vetoed by then-Gov. Jerry Brown after lobbying efforts by CWA and other hunting groups.

SB 1041 (Ben Hueso, D-San Diego) would ban the use of any dog when hunting deer and would authorize the Department of Fish and Wildlife to kill any dog that is injuring or threatening to injure a deer.

CWA noted in its letter of opposition that, in addition to this bill wrongly circumventing the science-based process of the California Fish and Game Commission, dogs used to hunt deer are normally small dogs, such as beagles and Jack Russell terriers, and are used to recover deer, not to “pursue” them. This is necessary because many parts of California deer country include areas with heavy brush and cover, such as the chaparral areas of the foothills. The dog is a conservation tool that helps ensure game is neither lost in the field nor wasted – similar to a bird hunter using a dog to find waterfowl or pheasants in areas of thick vegetation.

At this point, it looks like this bill has been put off by its author and may be dead for the year.

AB 2691 (Rebecca Bauer-Kahan, D-Orinda) would put numerous new reporting, housing, record-keeping and other requirements on dog-training facilities. This bill also may be off the agenda for this year as well, but CWA members, many of whom train dogs or own hunting dogs, should be aware of its contents. If taken up and passed, this bill would increase red tape and costs for dog trainers but also would force some out of business entirely. AB 2691 would allow animal control and humane officers to use highly subjective standards to decide whether a facility is in violation of the law. For example, if a humane officer felt that pests on the premises were enough to be “annoying to the dogs,” he or she could issue a citation. The bill also prohibits any training methods that could “hurt” a dog, which could include commonly used methods such as electronic collars and other forms of pressure that are sometimes necessary to train hunting dogs. It would also constitute a misdemeanor for trainers to subject dogs to any “unreasonable risk” of harm or injury. However, unreasonable risk is not defined in the bill.

Other bills that CWA opposed and that are now likely dead for the year include a ban on using lead ammunition on shooting ranges (AB 3071 by Kevin Mullin, D-San Mateo), restrictions on outdoor youth camps (SB 955 by Anthony Portantino, D-La Cañada Flintridge) and expansion of mariculture activities in coastal bays/eelgrass habitat areas (SB 1093 by Scott Wiener, D-San Francisco).

You can stay on top of bills CWA is following here. The page includes links to bills and to our letters of opposition and support.

MEMBERS ASKED TO GIVE FEEDBACK ON REFUGE HUNTING 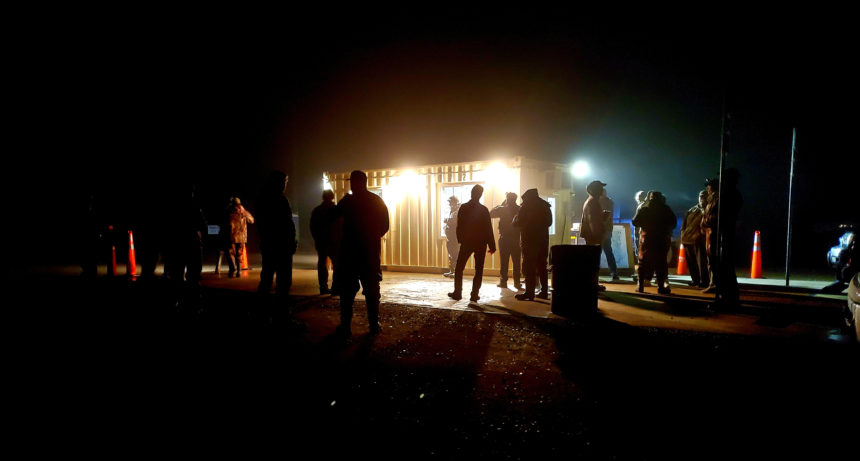 California needs more high-quality waterfowl hunting opportunities, especially if we are to recruit, retain and reactivate waterfowl hunters. PHOTO BY HOLLY A. HEYSER

Public input on Interior’s proposed expansion of hunting opportunities is allowed through June 8. CWA asked its members to support the proposed rule and thank Interior for its ongoing efforts to increase hunting access, but also to remind the Interior that more needs to be done in California to meet hunter demand.

Members of our CWA’s Public Lands Hunters Committee have also provided valuable input. To participate on this committee and help give direction to the Interior Department, email mhennelly@calwaterfowl.org. These discussions with the Interior Department continue, and we are hopeful they will eventually lead to some new expansions of waterfowl hunting in California.

As many public-area hunters in California know, securing a reservation to hunt ducks and geese at certain refuges and wildlife areas has become exceedingly difficult, with odds for drawing some areas are as poor as 1 in 138. And there can be hundreds of people submitting cards on the lottery the night before the hunt date at certain areas when hunting conditions are good. This leads to much frustration for many hunters. California needs more high-quality waterfowl hunting opportunities, especially if we are to recruit, retain and reactivate waterfowl hunters. Refuges are typically where new hunters are recruited into duck hunting in California, in part because the costs of joining a private club here are simply too high for most new hunters.

Since 2012, duck stamp sales in California have been steadily declining (this is after a 20-year period of relatively flat sales). Lack of sufficient access to productive waterfowl lands is likely one of the main reasons why people hunt less or stop hunting. There are many lands that could be open to some waterfowl hunting opportunity with appropriate planning and implementation, including the San Joaquin River National Wildlife Refuge, which hosts a significant number of Aleutian Canada geese. The Snobird Unit of the San Luis National Wildlife Refuge Complex and Skaggs Island of the San Pablo Bay National Wildlife Refuge are other examples. CWA has met several times with the U.S. Fish and Wildlife Service both in Sacramento and in Washington, D.C., over the last two years to emphasize the need for additional waterfowl hunting opportunities on refuges.

To read a summary of the list of new hunting and fishing opportunities in the various states, click here.