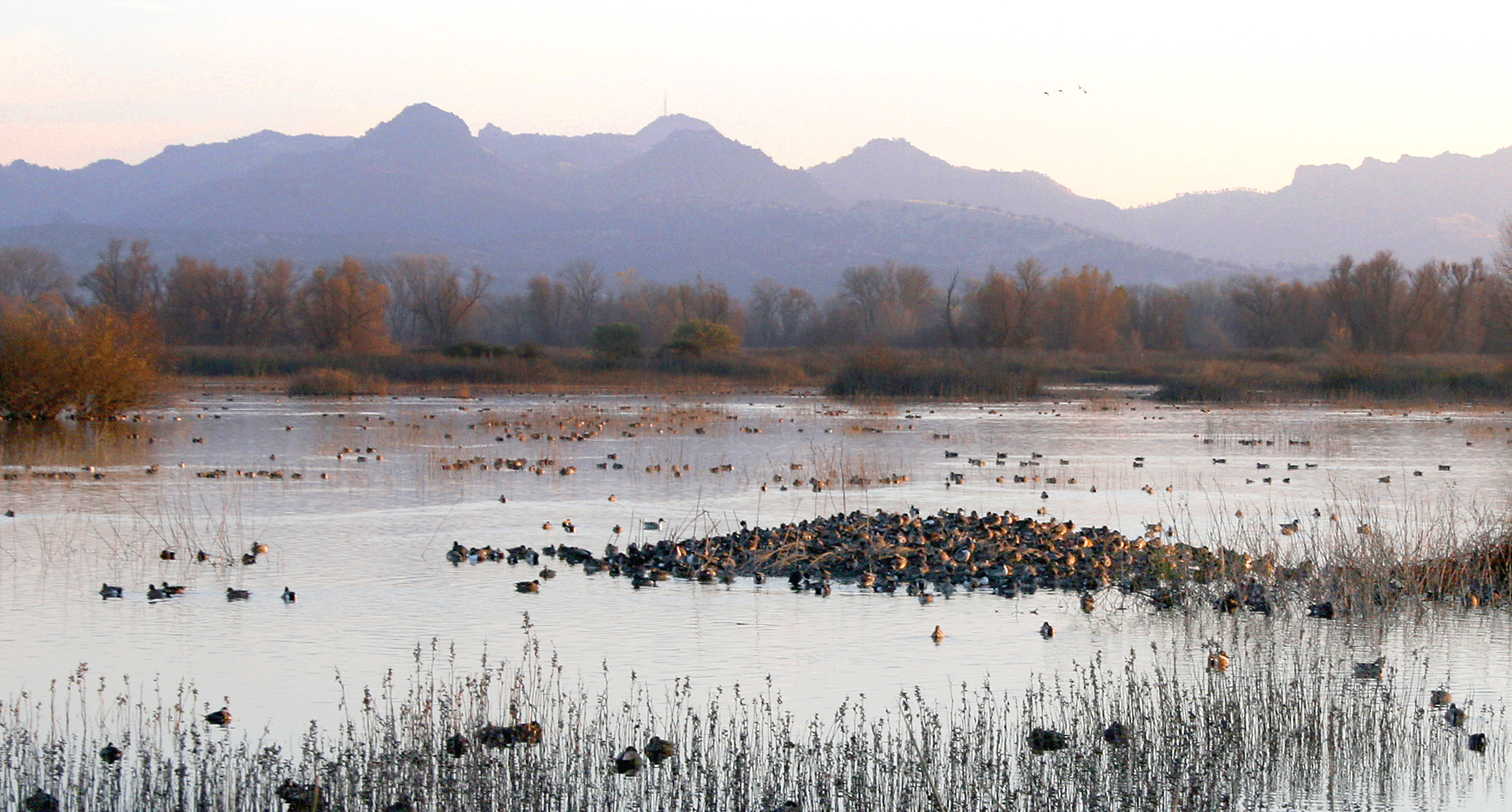 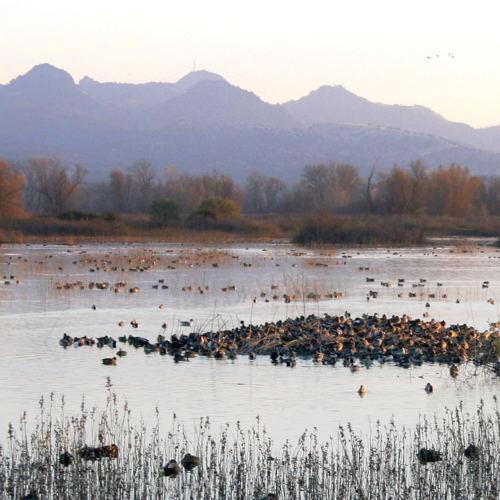 (Sacramento, California) February 23, 2018 — The Gray Lodge Wildlife Area provides critical habitat for wintering migratory birds in the Sacramento Valley, as well as extensive hunter opportunity on its 9,100 acres. But when drought strikes - something we can expect more frequently in the future - that habitat is in jeopardy.

We can't create more water when the rains let us down, but a $1.5 million grant from the state's Wildlife Conservation Board will allow California Waterfowl to maximize Gray Lodge's water efficiency, allowing wildlife area managers to re-use substantial amounts of water that currently leave Gray Lodge's boundaries after just one use.

This major grant, awarded on Feb. 22, 2018, will fund three projects to be carried out by California Waterfowl biologists and contractors:

A new recirculation pump and pipeline will allow habitat managers to recover 70% to 80% of all water - about 35,000 acre-feet - that would otherwise leave the property at its lowest point. This water will be able to return to 4,100 acres for additional irrigation, which produces high quality food desired by waterfowl, or for flooding brood ponds. This will be critical to California's breeding population of mallards, which have suffered declines due to habitat loss.

Gray Lodge's Eastern Recovery Canal, which CWA began building in 2015 with a North American Wetlands Conservation Act grant, will be extended to help recover 1,600 acre-feet of water from 450 acres of habitat. This water will also help with irrigation for waterfowl plant foods and flooding, both during breeding season and in the winter, when the waterfowl population reaches its peak.

Unit 36, which has extreme high and low elevations in its eight fields, will be smoothed out to raise the lows, which require more water for flooding. They also tend to drain poorly, leaving behind water that can turn into mosquito breeding grounds. This project will also bring down the highs, increasing the areas that can be flooded to improve waterfowl food production.